Four-wheeled handcarts are common across India and used for a variety or purposes. For transporting goods to selling wares. Here are a few photographs of these hand-carts.

The first picture is of a hand cart selling coloured drinks, most of which use banned colours. The vendor doesn't seem to be around. To the left of the picture is a cobbler. An umbrella protects him from the heat of the sun. The picture was taken on a hot summer's day in Pune and the photo is a little over-exposed. 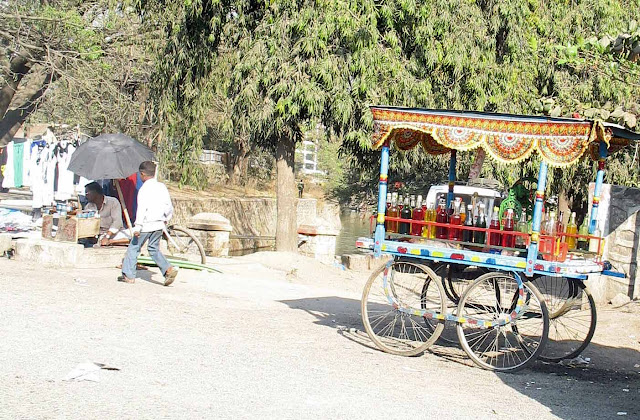 Another photo of a hand-cart selling drinks on a hot day. These people appear as if they are in the middle of nowhere, but actually they are near the highway on the outskirts of Pune. You will see lemons displayed on the cart, and this is used to add taste to the synthetic drinks. These drinks are cheap, and it is mostly the poor who buy them. You can see a small boy purchasing a cool drink. This cart also has a matka or an earthern pot which cools the water. No need for refrigeration here! 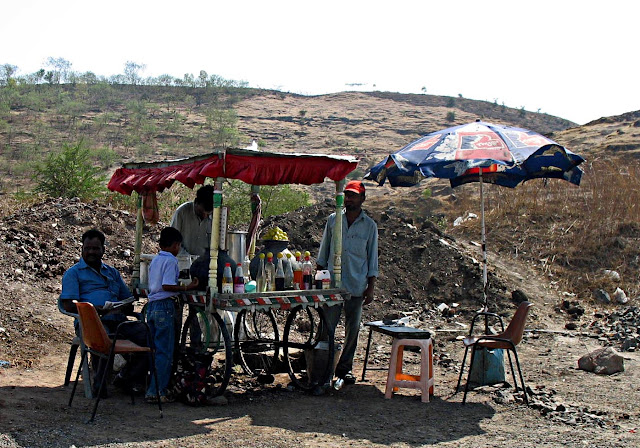 The photo below is of three hand-carts spotted from a hotel window in Ahmedabad city. It's a bird's eye view of hand-carts and men pushing them.

This is a photo of an overturned hand-cart. It is on its side, with the wheels visible. It's been deliberately overturned so that it occupies less space on the road. 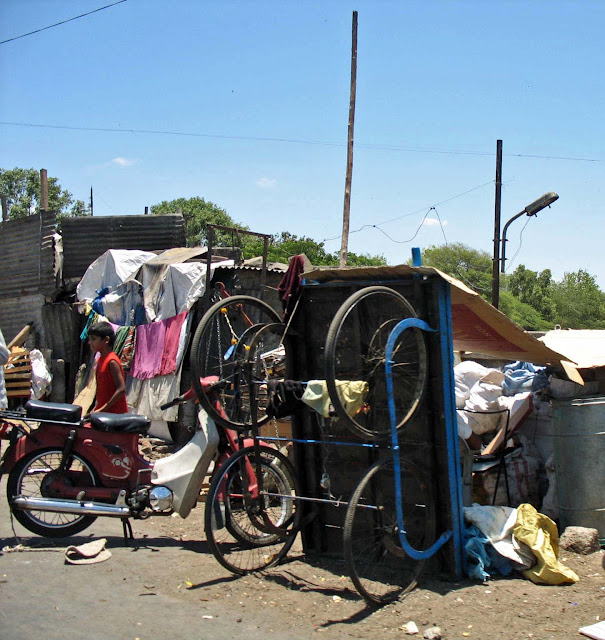 The next two photos are not of a high resolution and should be used only in the size shown in the post. The one directly below is of a young man pushing an empty hand-cart in Ahmedabad. 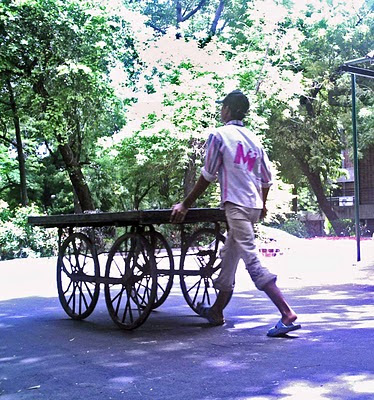 Here is a sketch of the same photograph. 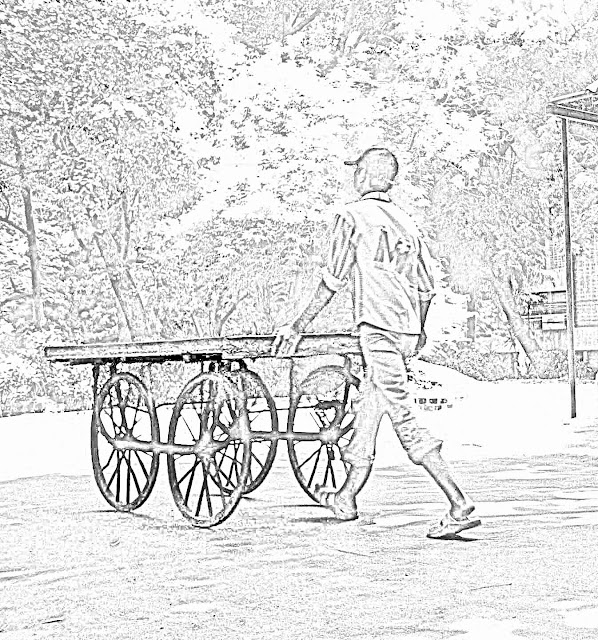 This is the same sketch without the background. 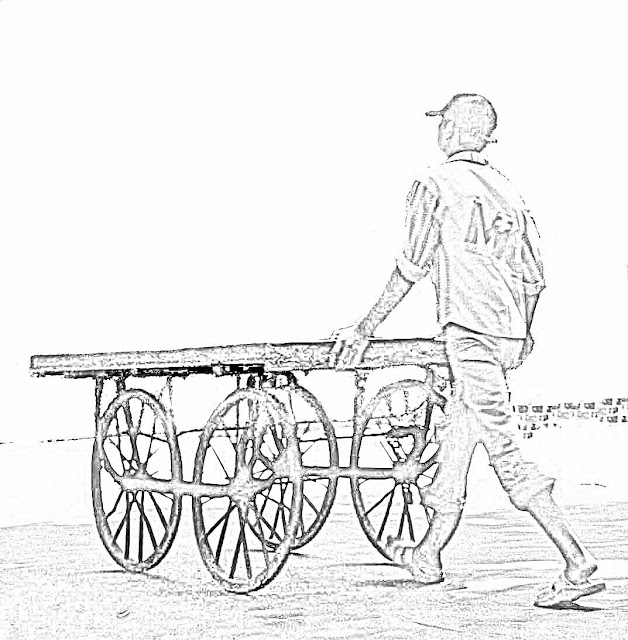 The photograph below is of a little boy pushing the hand cart which seems to have some junk on it. 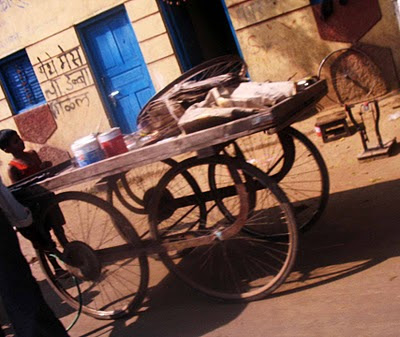 Related Images: For a wooden hand-cart with two wheels try this post: Wooden Handcart on a crowded city street or Bullock Carts in the country and in the city or Hand-Pulled Rickshaws