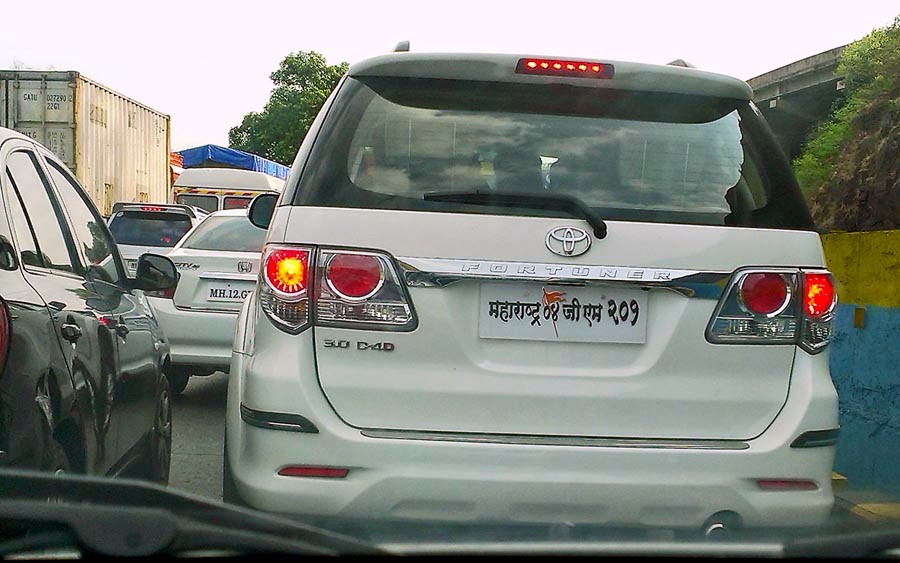 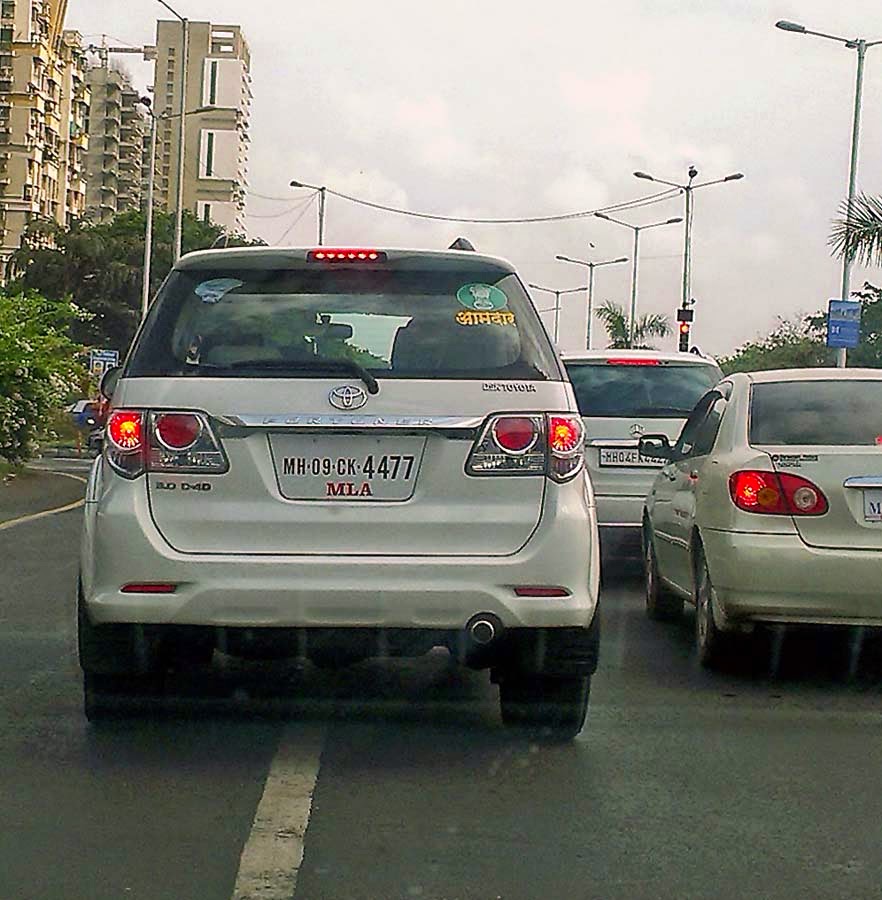 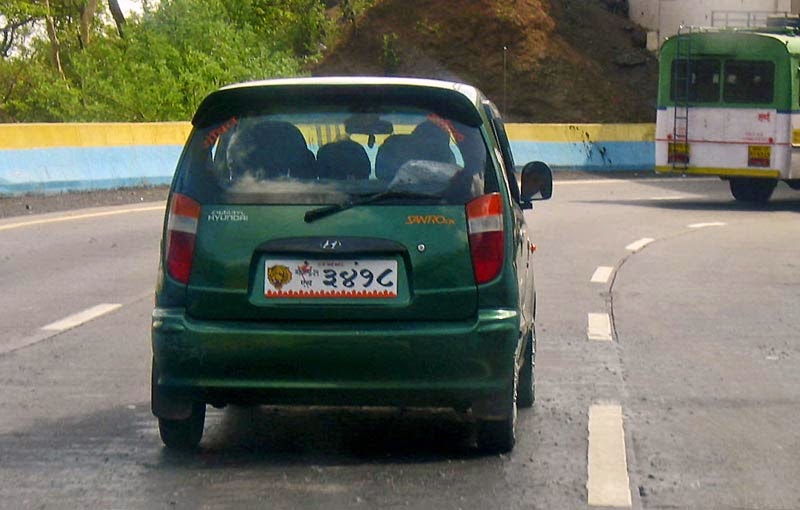 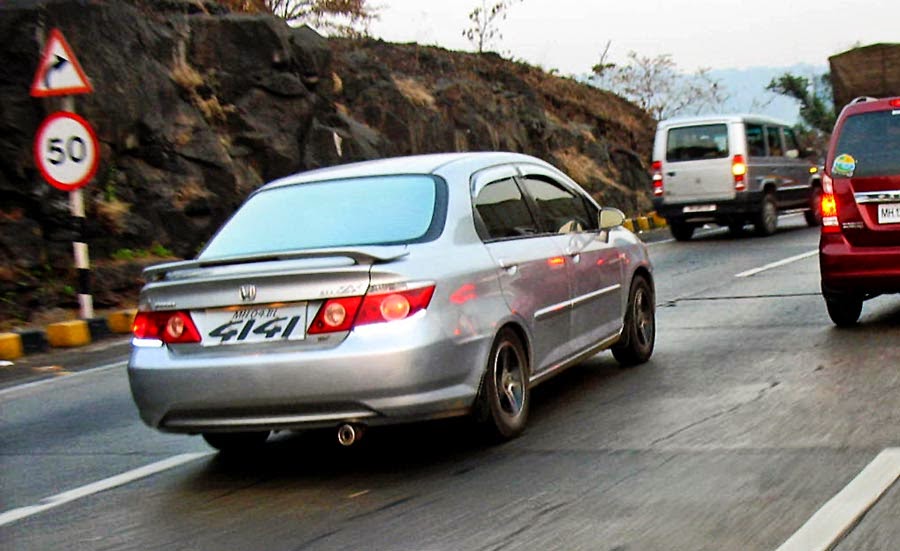 Small cycle repair shops dot the Indian landscape, from small towns and cities, to villages. You will find a shop repairing cycles just about anywhere. It is the most common mode of transport in India.

A small shed which functions as a cycle repair shop in South India. 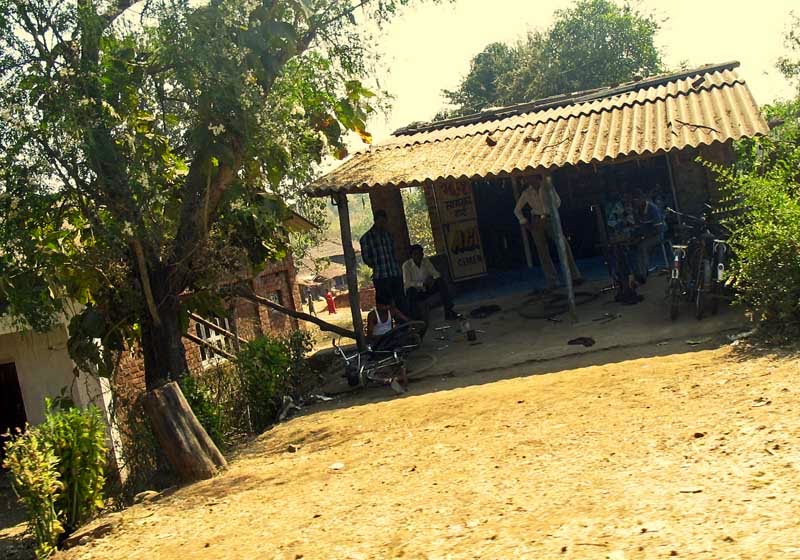 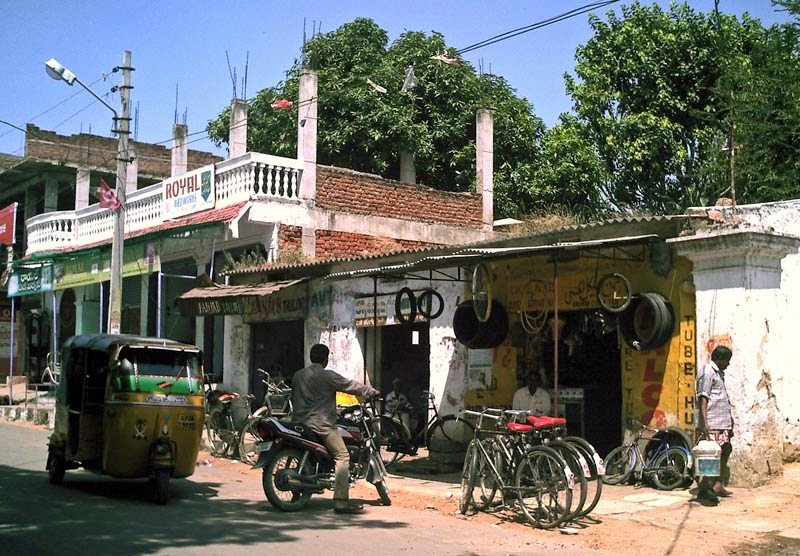 You might also like: Women cycling in India or Boy on cycle with his mother in rural India or Cycle carts with three wheels or Cycle Rickshaws in India or Cyclist Silhouette and Sketch or Man ferrying cycle in canoe

These are pictures of employees of a gas agency delivering LPG gas cylinders to individual homes.

Two employees with gas cylinders on cycles in Pune. 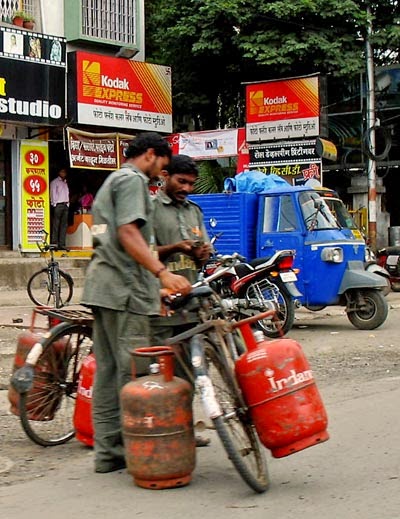 Gas cylinders stacked on a van in Gujarat. 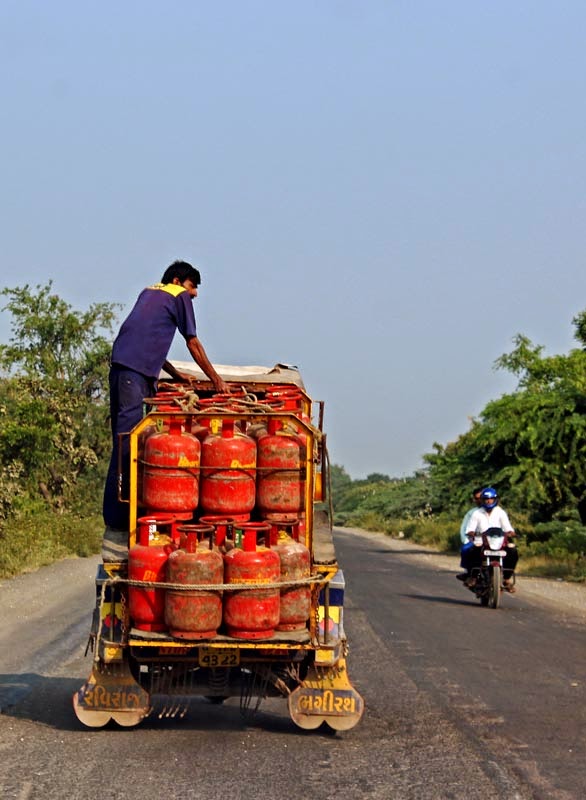 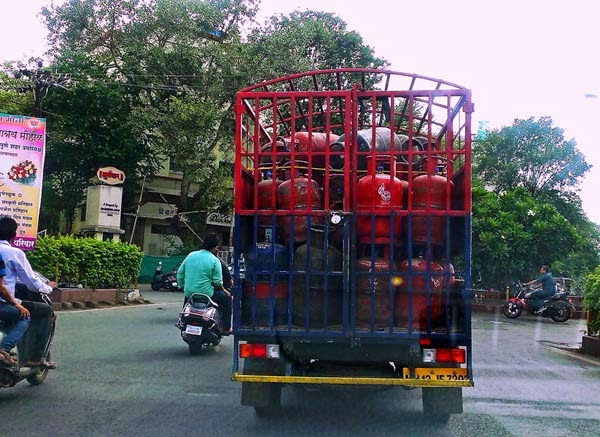 You might also like Oil and Gas Rig Bombay High or Petrol Pump images or two-wheelers like scooters and motor bikes filling petrol in India: Two-wheeler rush at petrol pump or Petrol or gas being filled at the petrol pump

Spider lilies have their origin in the Caribbean and South America, but is now found in Asia as well. These photographs are taken in India. 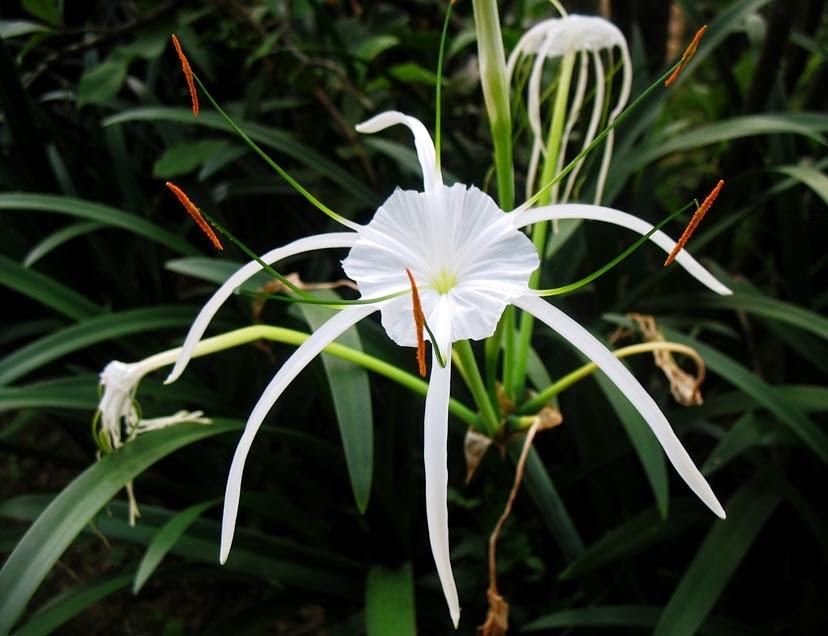 A fly on a spider lily 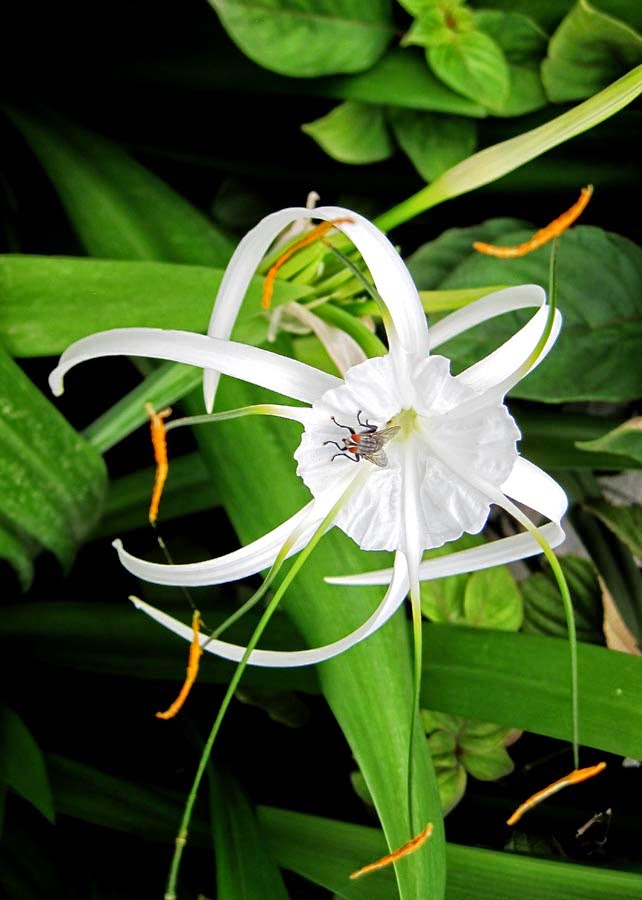 An insect inside the petals of a spider lily. 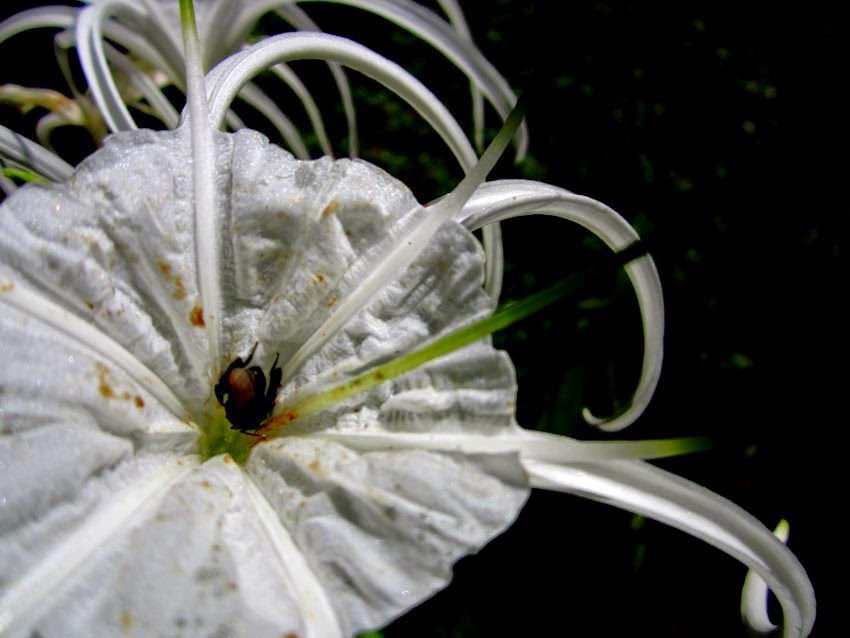 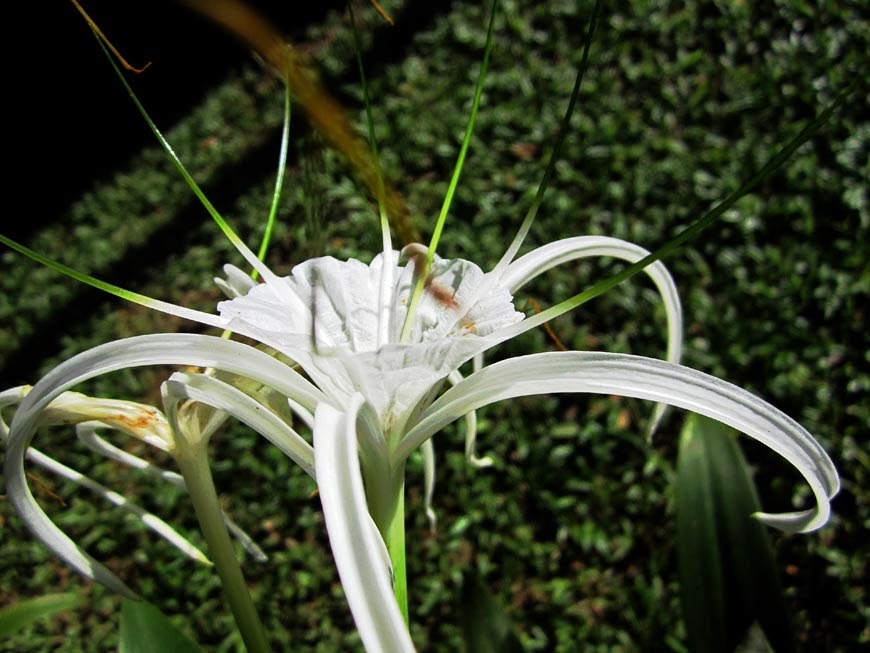 Silhouettes of crowds and trees

These are black and white silhouettes of crowds of people with a background of trees. These are based on photographs I took at the Worli sea face. Higher resolution images are available.
People in this silhouette are walking along the sea-side. There are two tree silhouettes in this picture. 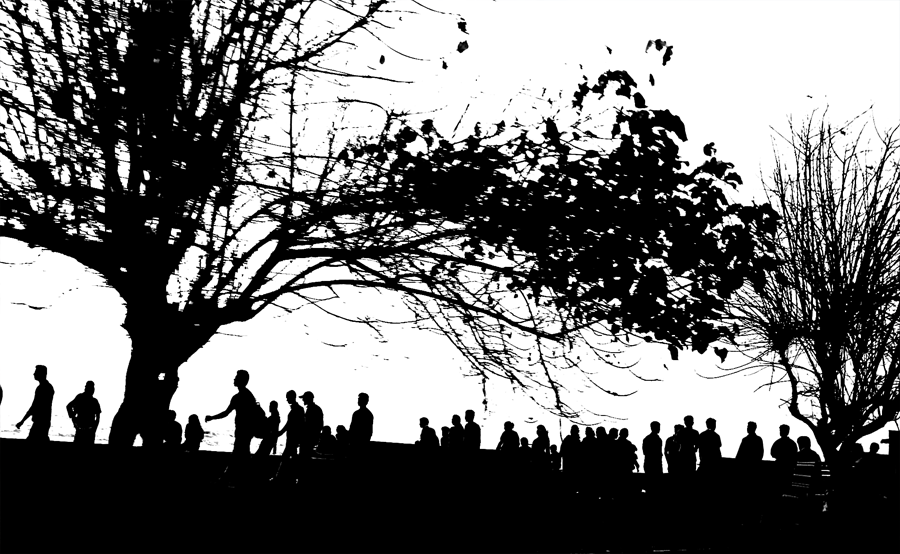 Groups of people sitting on a bench near the sea-side. A tree silhouette is in the centre of the image. 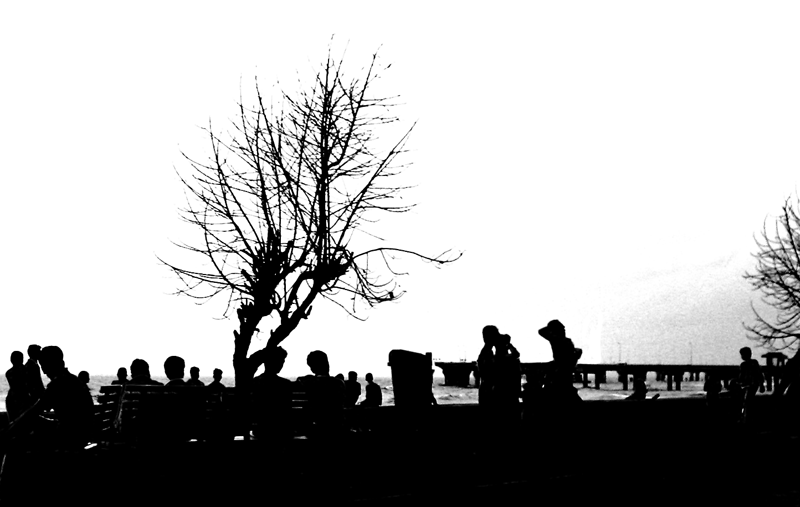 Significance of Nandi in Hinduism

Nandi, the bull is what Lord Shiva uses for transport. In Hinduism, Gods are often depicted with their favourite animals, whether cows, elephants, snakes, turtles or even rats! Used either as pets or vehicles. This made animals sacred for many centuries and this is what helped preserve our wildlife although now the influences of the West has changed us to some extent.

A proud Nandi at the entrance of a temple. 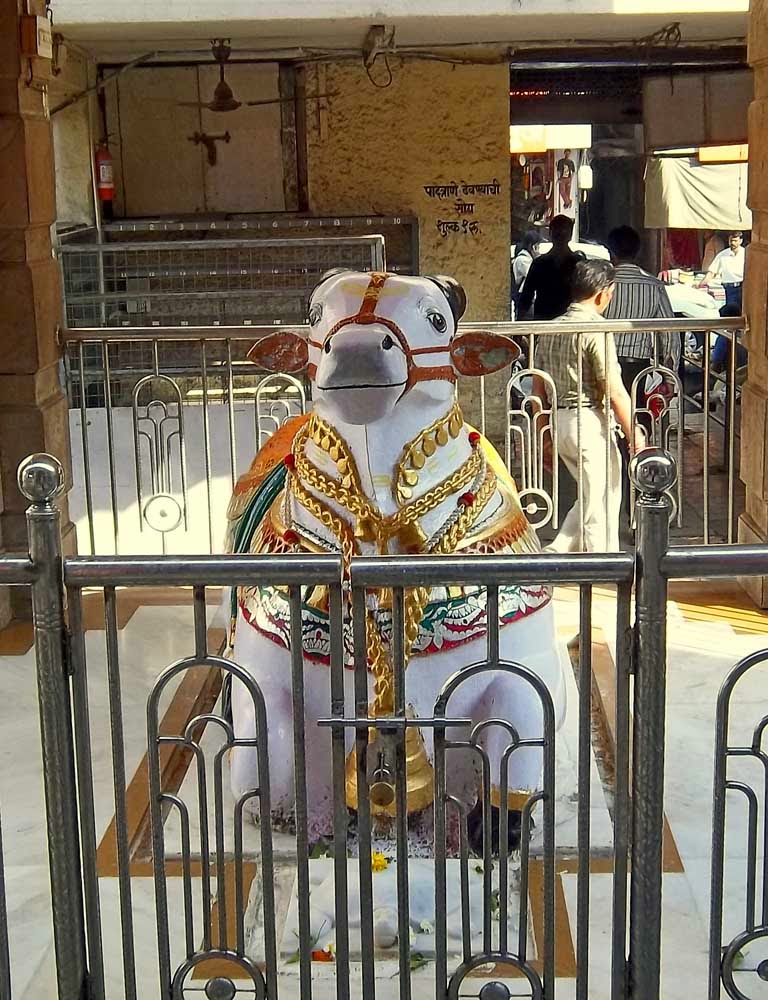 A small Nandi bail or bull in an Indian temple 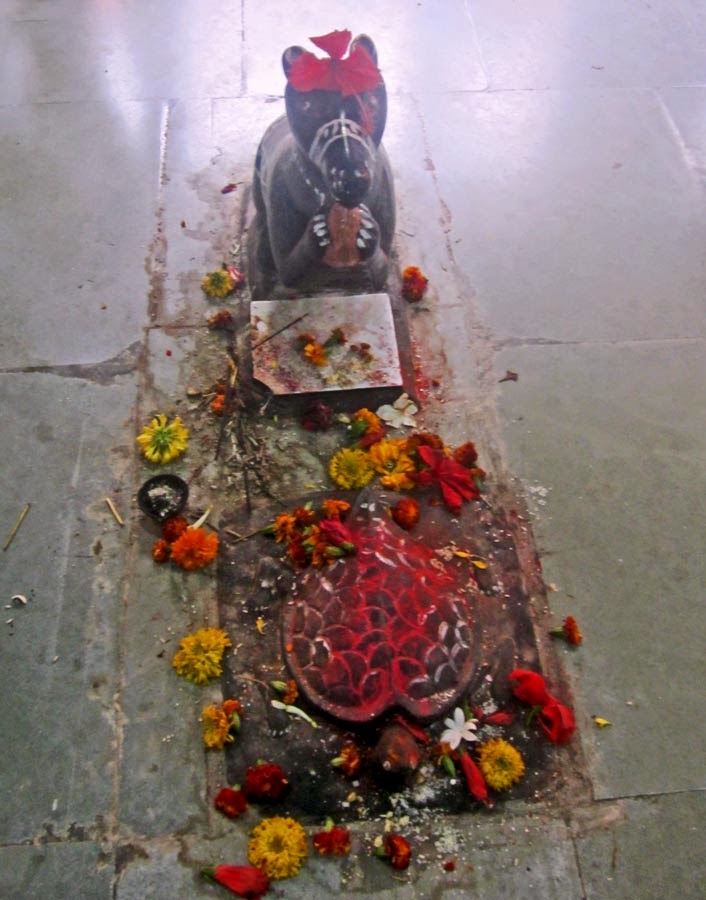 A Nandi statue outside the ancient temple at Ellora 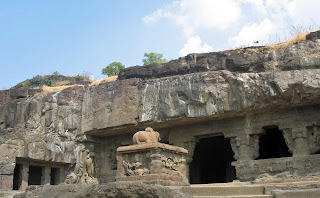 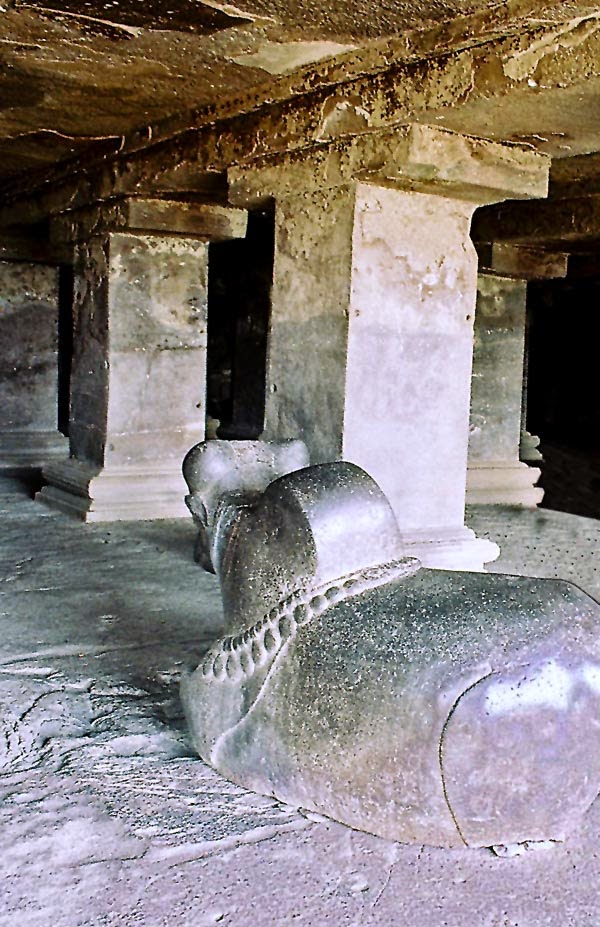 You might also like  Hindu Religious symbols or Swastika graphics from India or Paduka or Guru's feet or or Shiva Pindi or Lingam  or  Significance of Animals and other life in Hinduism or Diya graphics and illustrations and Sketch or other Hindu Religious symbols
Or check out all the photographs filed under  Hinduism,  Ellora,  Art,  Culture or Religion or Temples
The Image of different Religions is well illustrated in this post by taking random first images off the internet. 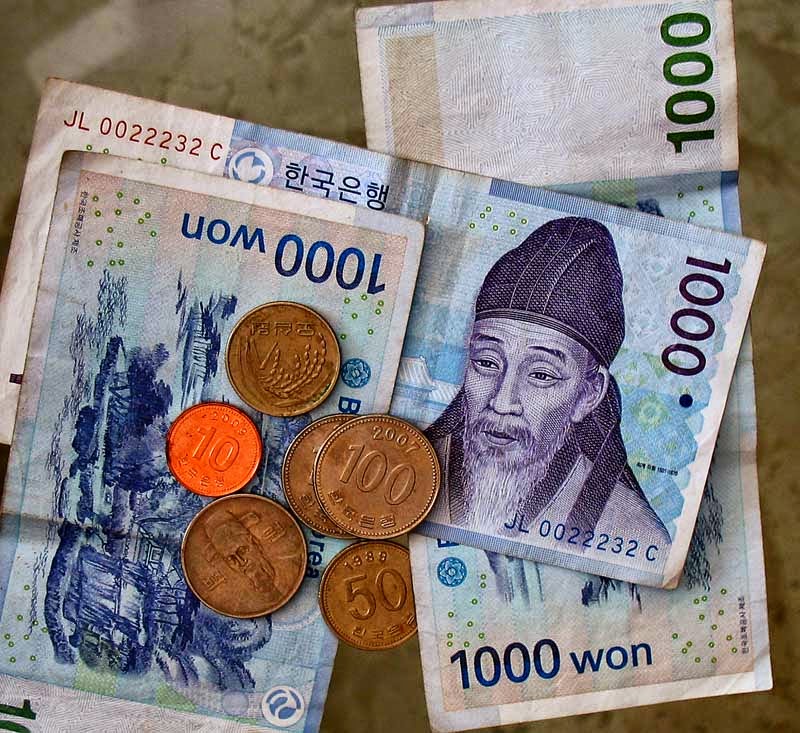 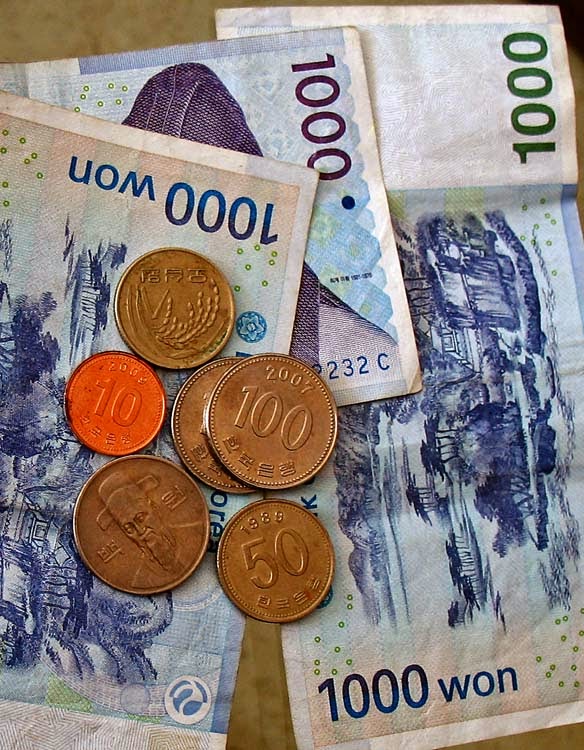 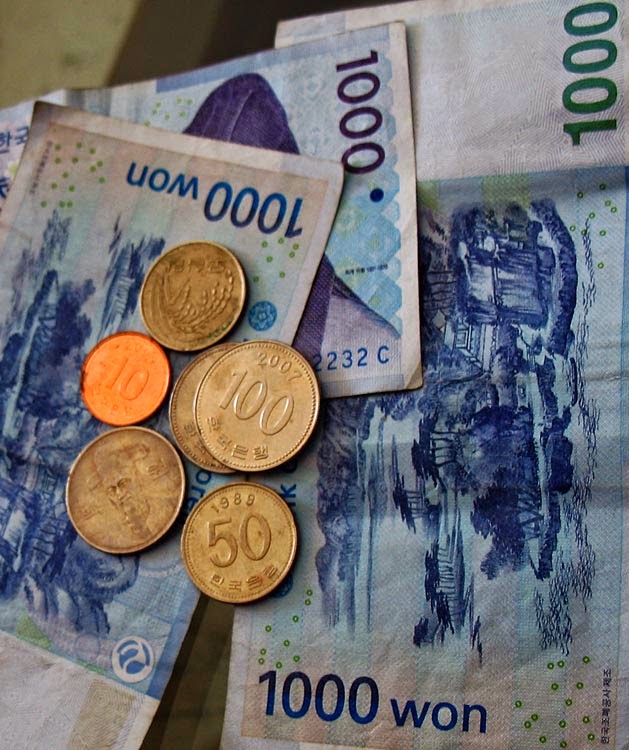