Indian political leaders are not satisfied with birthday cards and personal wishes. They deface our cities as is evident in the photographs below. They don't care that the educated public sneers at them. They know they will get the votes from the uneducated.

Here is a political poster made for the Congress President Sonia Gandhi, a woman who is the Congress President because of her marriage to a man who became Prime Minister because his mother was, and she in turn because her father was. The political culture in India is a sick one, and these posters highlight it. Is it surprising that one of Sonia Gandhi's "loyalists" Suresh Kalmadi (now been arrested for corruption) is the front leader in wishing her happy birthday? He must have been behind this venture as those who wish their leaders happy birthday can get their faces plastered on the illegal hoardings if they wish. 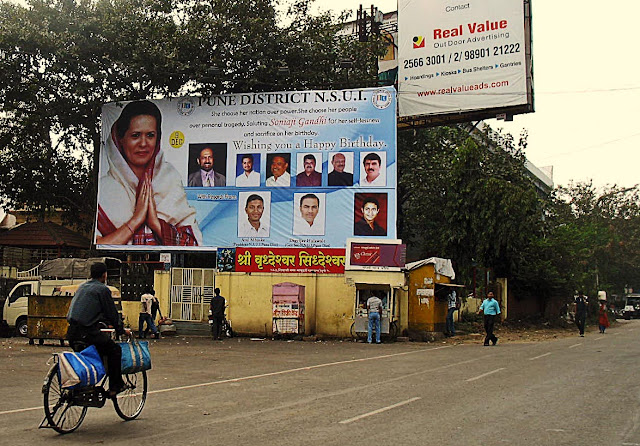 This ugly poster is wishing the Union Minister Sharad Pawar (a man whom many people believe to be corrupt) a happy birthday. Our cities are not pretty, but these posters make them look ugly. 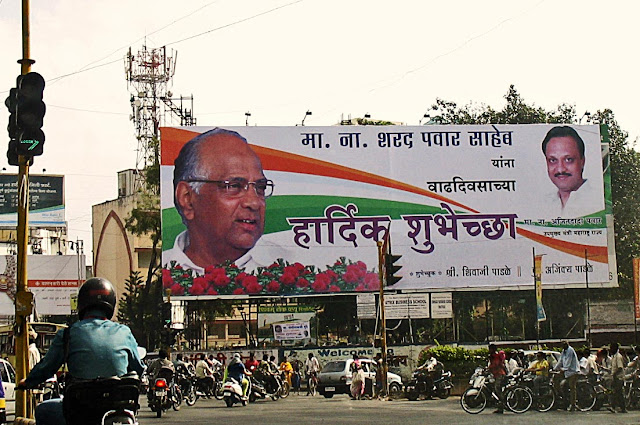 This photograph of a billboard at Thane Check naka has been added later, and was taken in July 2014. While the hoarding place may be legal, it is the ridiculous message that makes one double over with laughter!! Big Boss?? How do these politicians take such labels seriously? If they do, it is clear that they have lost touch with the common man. The common man is laughing at them, ridiculing them. 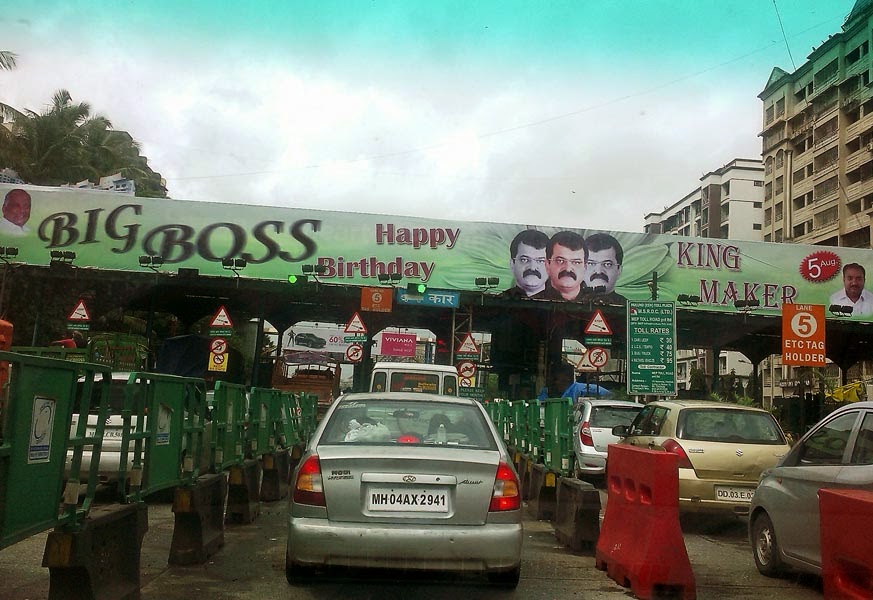 Other parties are not far behind. Here is a poster (plastered on almost every pole on that particular road) wishing Uddhav Thackeray (son of the Shiv Sena Chief) a happy birthday. 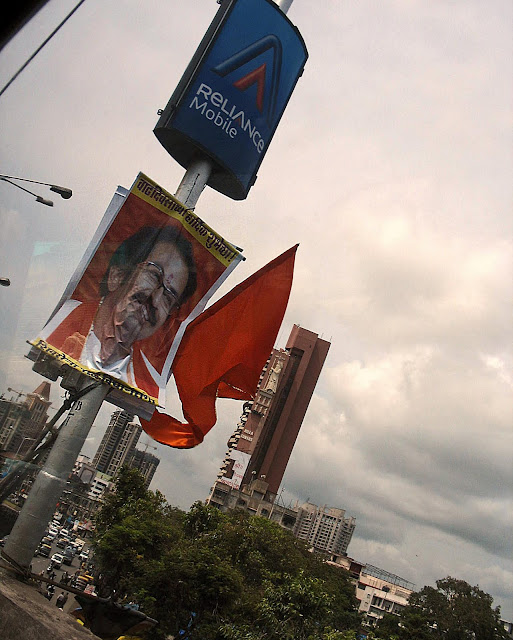 Look at this one, for a BJP leader, Gopinath Munde. How proud he must feel! 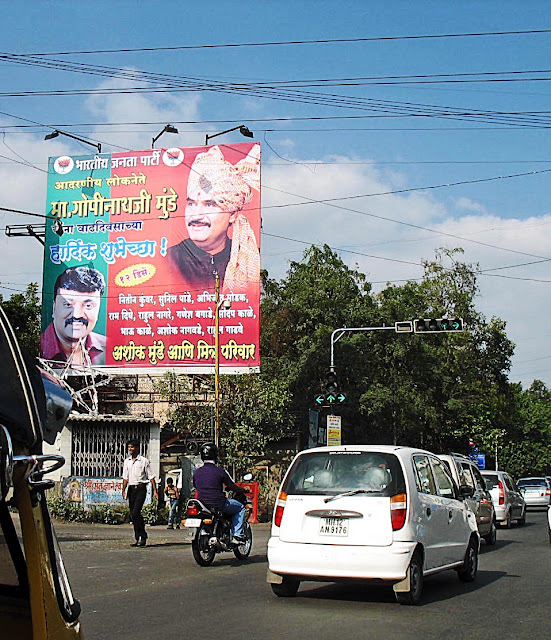 This one is for an NCP corporator, Madhukar Mukadam. It doesn't matter if you are small fish because a poster like this elevates you, at least as high as the flyover. 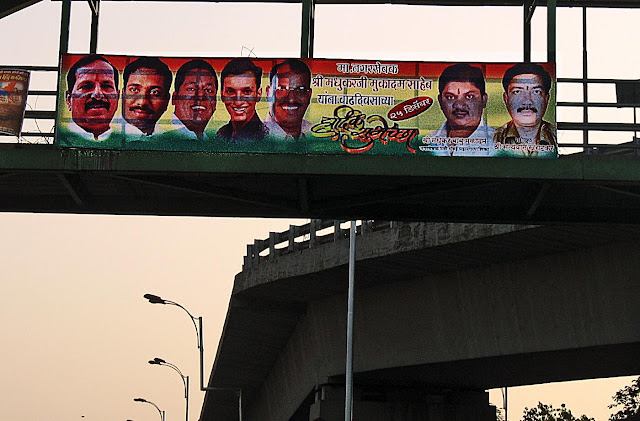 Birthdays are not the only occasion. The politicians do not fail to use God for their nefarious design in defacing the city. This one is ostensibly welcoming the devotees of Lord Ganesh to the city! But two other faces are also on the poster, sharing the space with the Gods! Mostly small fries in the political arena. 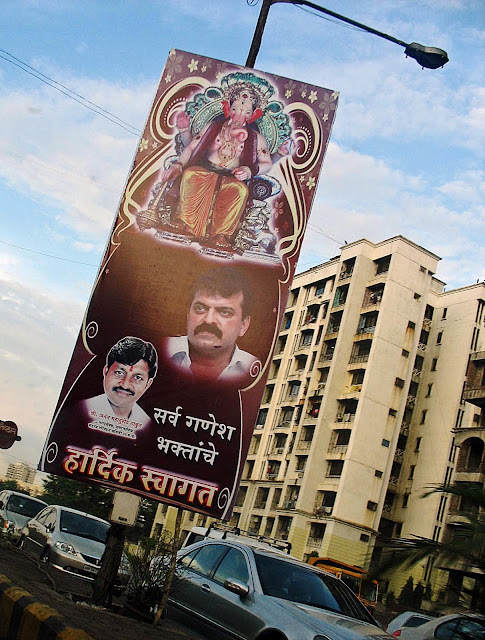