Women construction workers in India work as hard as the men in rough conditions.

In this image you can see the construction workers taking a break from work. Construction and building material is lying around them. 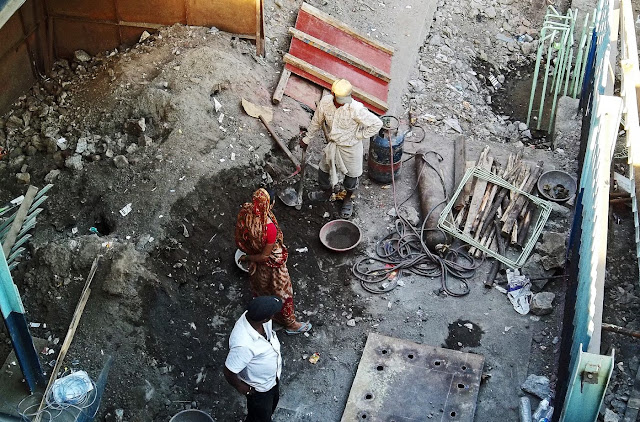 Here is a tribal woman watering the cement during the concretisation of a road in Pune. Other women workers can be seen in the background. 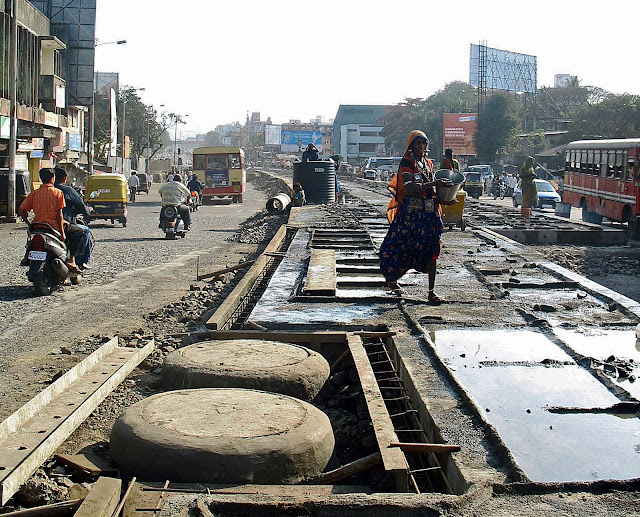 Here is a picture of a young woman carrying a heap of stones to a construction site. A woman helped her heave up the heavy load on to a metal basket on her head. 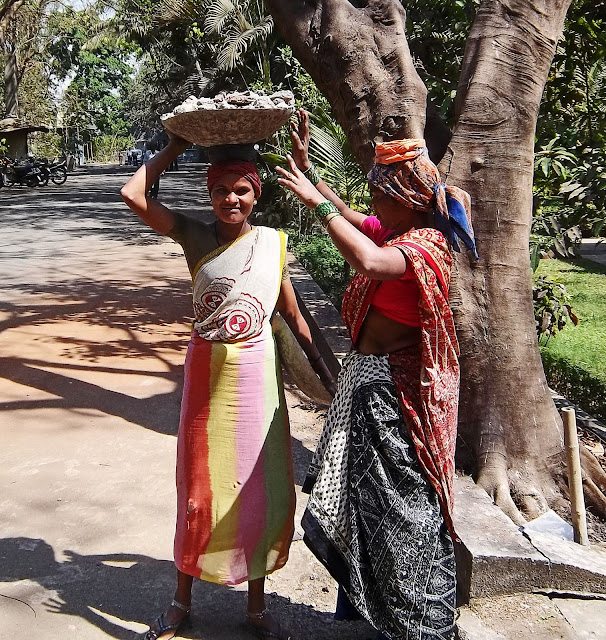 These women were shot in a small town called Vikramgad with a population of about 4000 people. These are tribal women carrying construction material. 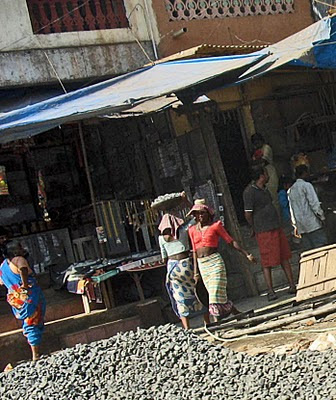 The same construction site with both men and women workers. The women work in harsh conditions, like the men. The temperatures are high, the work hard, and there is little rest. 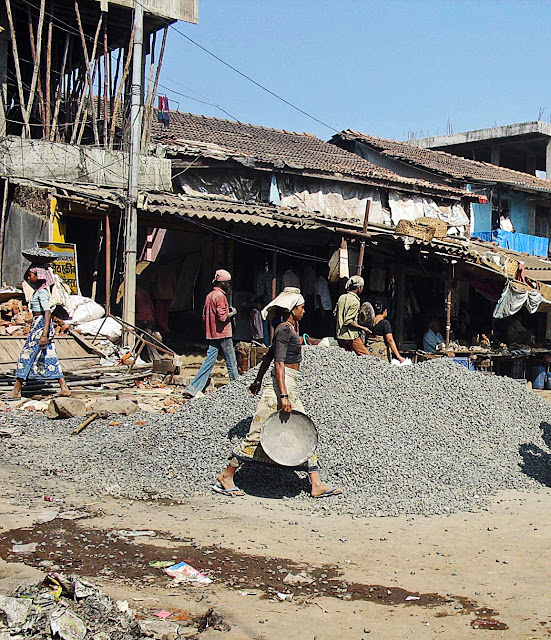 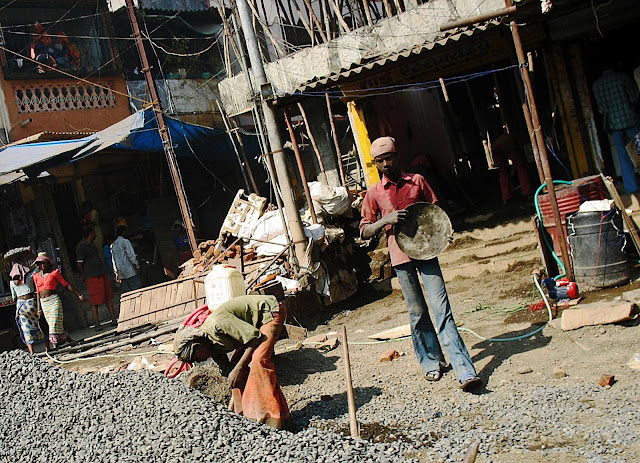 If you are looking for more images of Indian women workers then try these posts: Urban women workers carrying loads on their heads or Rural women carrying water and firewood or Women filling water from village well in India

For pictures of village and tribal women try these posts: Tribal women in India or Village women in Gwalior District, India