Ellora Caves and temples were built between the 5th and the 10 century AD, and are a World Heritage site. They consist of 12 Buddhist, 17 Hindu and 5 Jain caves/temples. While many ancient temples in India were destroyed by Mughal invaders, the Ajanta and Ellora caves survived due to their remote location.

These photographs will give you an idea of what the Ellora caves look like from the outside. The ancient architects of these cave temples have done a fine job and these caves survive even after centuries of neglect. True, a few caves were damaged due to falling rocks. The surface has been eroded due to environmental forces, affecting many of the sculptures.
The first photo is a combination of two pictures and is the view of the Ellora caves to the right (if one is facing the caves) 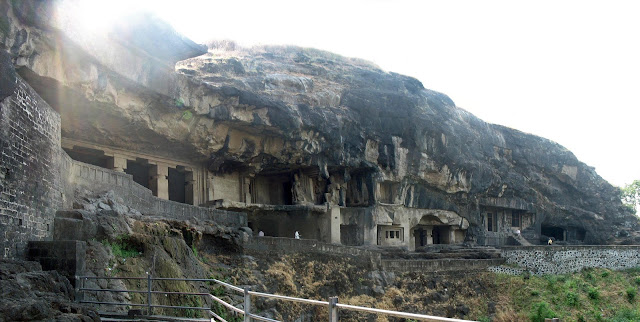 This is the view to the left. It goes beyond just that ofcourse but all of it has not appeared in the photo. 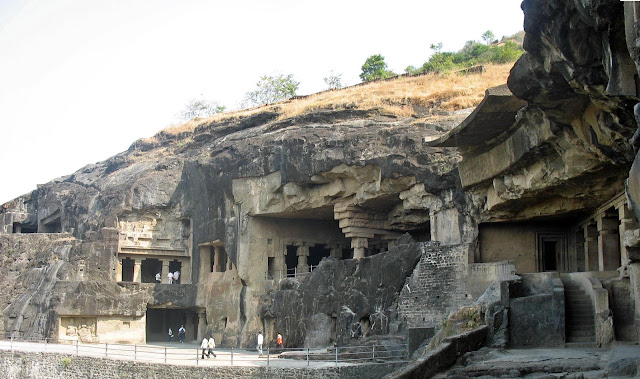 This is a small temple in front of one of the caves. It is heavily sculpted with images of goddesses and animals and has other ornate decorations. It is a Hindu temple. 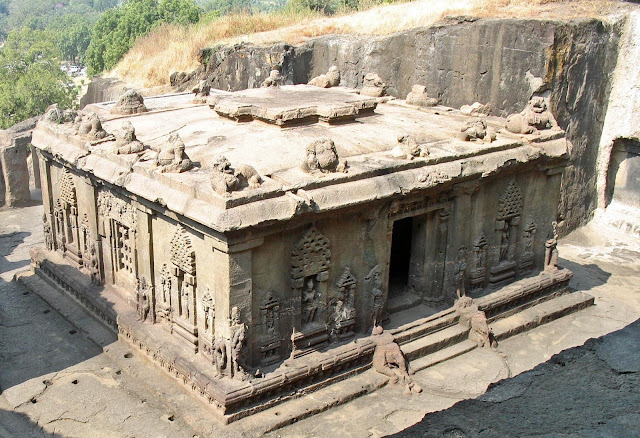 This is one of the cave temples with a Nandi in front of it. Nandi is the bull which the Shiva (a major Hindu deity) rides and is the gate keeper of Shiva and Parvati in Hinduism mythology. In Hinduism, both man and animal have equal status. Animals are not considered inferior. In fact many animals which are useful to humans are revered. This is a Shiva Temple at Ellora caves. 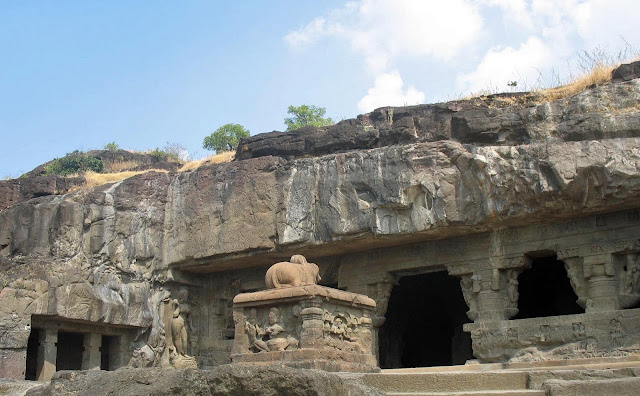 Below is a carved facade of a Buddhist temple at Ellora. There is a statue of Buddha in a meditation pose inside the temple. 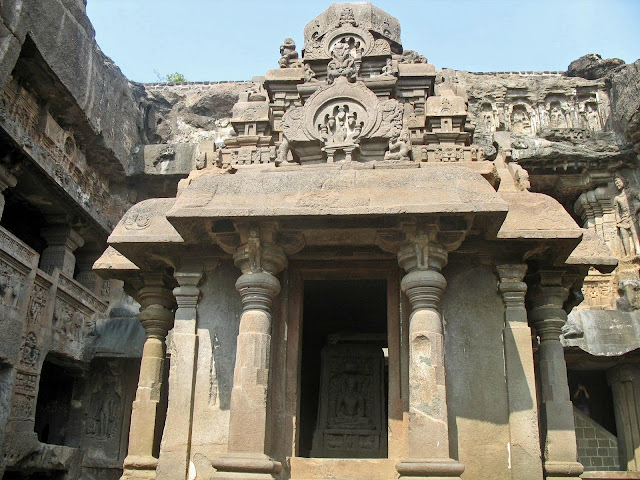 The image below is of a second storey sculpted rock-face of a Buddhist shrine at Ellora. 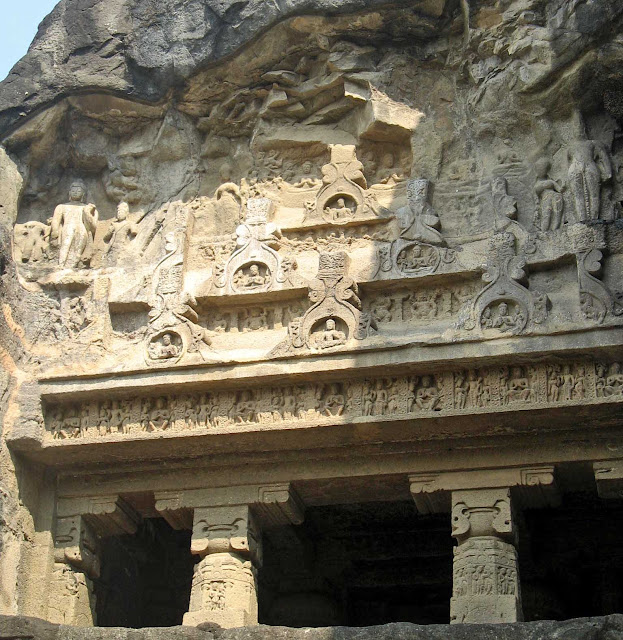 The picture below gives an idea of how painstakingly the ancient artisans carved out the rock-face, decorating every inch of space, including the ceilings. 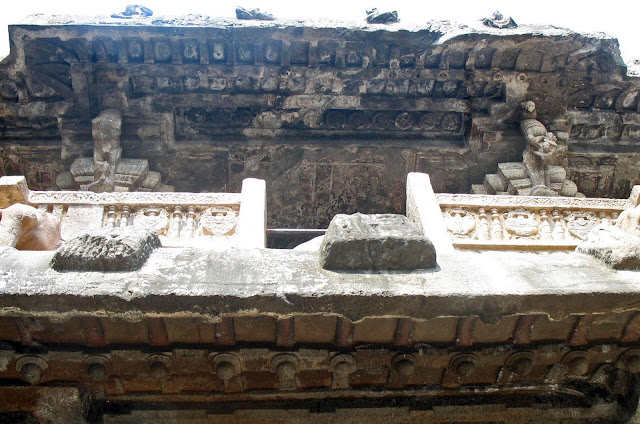 The piece of art you see below has frescoes on the temple walls. One can see images of Buddha as well as animals and women. Am not sure whether this is a Hindu or Buddhist temple. 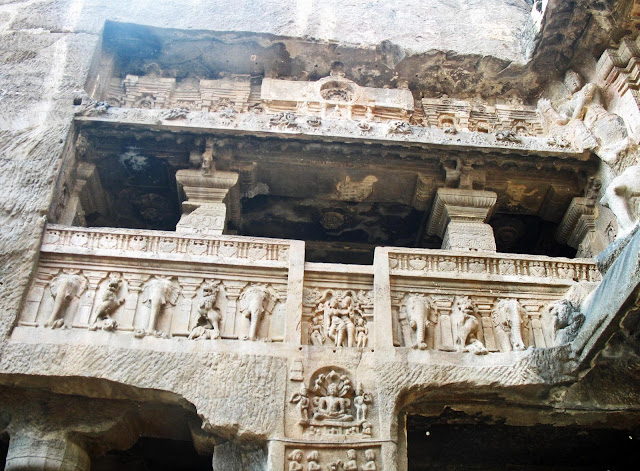 More images from Ellora: Kailashnath Temple at Ellora - Photos or or simply click on the label Ellora.