Sketches and drawings of Mahatma Gandhi

These are sketches or pencil drawings of Mahatma Gandhi's photos and portraits. Mohandas Karamchand Gandhi (MK Gandhi) was the prominent leader during India's Independence Struggle from British Rule. He believed in non-violence and used methods based on this idealogy to fight British Imperialism.

In this drawing, MG has an inquiring or even puzzled or sceptical expression on his face. He is wearing some cloth on his right shoulder. 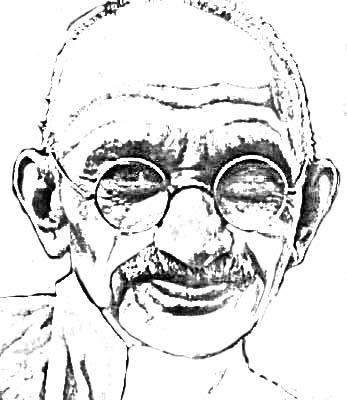 Here Gandhi seems engrossed in writing something. He is sitting on a mattress. He is bare-chested and wearing a dhoti. 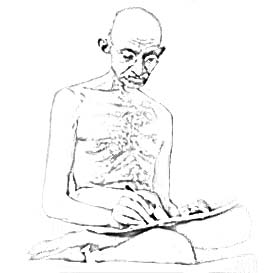 In this one Mahatma Gandhi has his eyes closed. He has covered himself with a shawl. 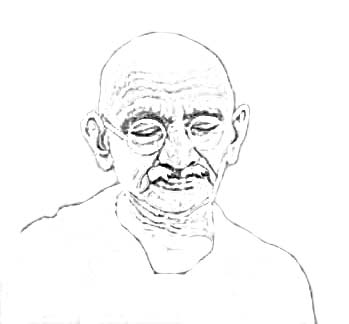 In this photo Mahatma Gandhi is laughing or grinning broadly. This picture is on some Indian currency. 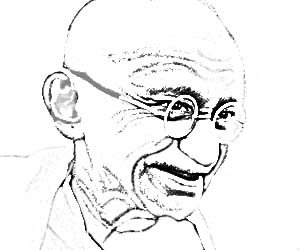 (These sketches are based on copy-right free photographs available in the public domain and have been made by me on the software Photoshop).


For MG's sayings which have been framed and put up at Gandhidham: Mahatma Gandhi quotes or take a look at Mahatma Gandhi's wisdom pictorially explained: Gandhian principles explained by the Wheel of Life