Here are two photos or rather, illustrations, of Hong Kong by night. They cannot be effectively called the skyline of Hong Kong, but they give a decent overview of a part of Hong Kong. The photos have been stylized as the original photo was of poor quality, shot with a cell phone. The special effects gave an acceptable result. However, use the illustrations in the sizes given in this post.

For the first picture I have used the technique called "ink outline" in Photoshop. This brought out the bright outlines and made the background darker. The blurry effect of the original photo is not visible. 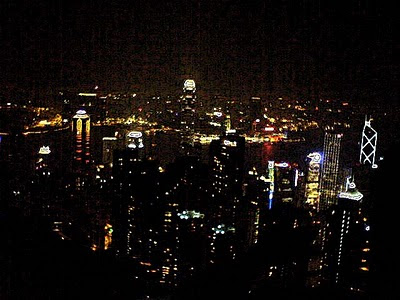 In the second image there is an impressionist look to the picture. I used the technique called ""film grain" to get this effect. This has put a glowing halo around the buildings. Both these images will be fine for web use and for any article on modern Hong Kong. 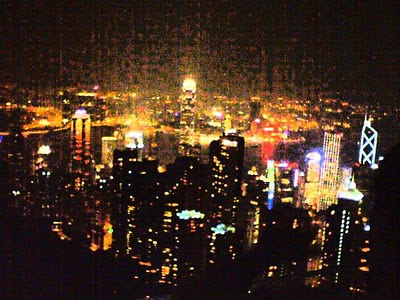