Here are a few photographs of a typical Mumbai suburban railway station interior and the "local" suburban train or metro.

The first picture gives an overview of a platform with commuters waiting for the local or metro train. On the left of the image you can see commuters climbing up the staircase to the railway bridge and to the right of the image there is the rail track. 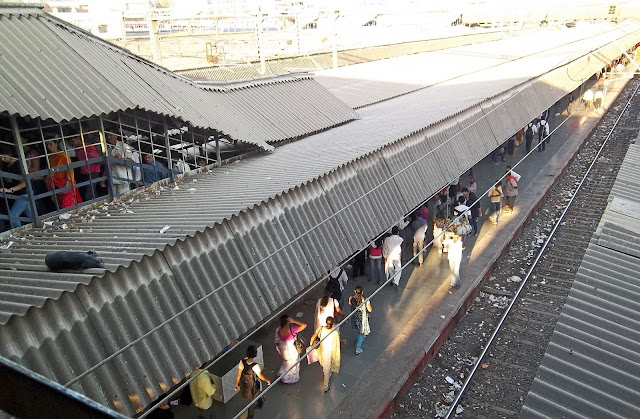 Here is a shot of a local suburban train or metro pulling out of the station. You can see part of the platform and vendors selling food right on the edge of it. Some litter can be seen lying on the tracks 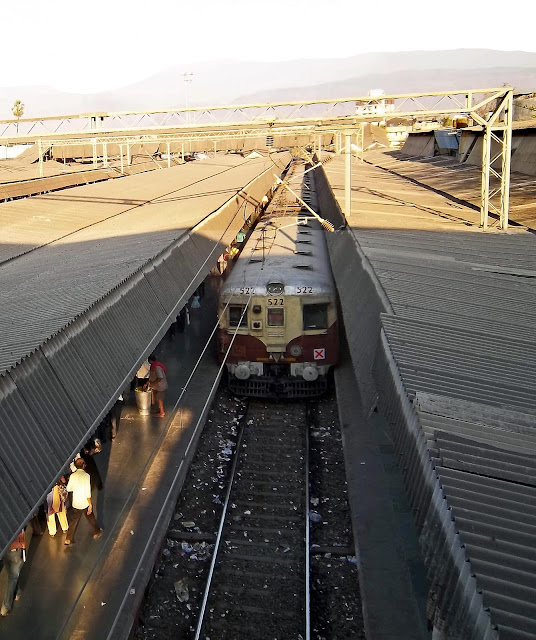 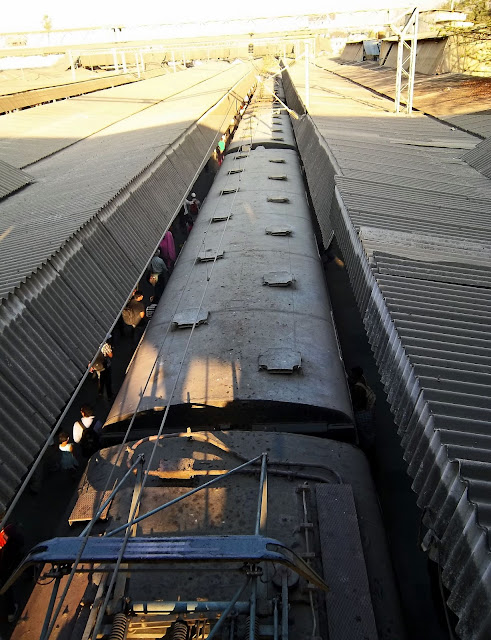 This is a closer shot of the commuters on the staircase. It can get quite crowded when several trains arrive on the platforms at the same time. 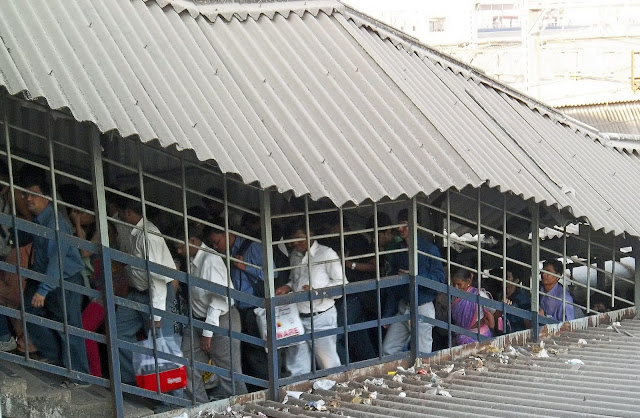 The photo below is the bridge above the platforms. The signs in red and blue notify commuters about the platform numbers and the arriving and departing local trains. School children, college students as well as ordinary people can be seen in the picture. 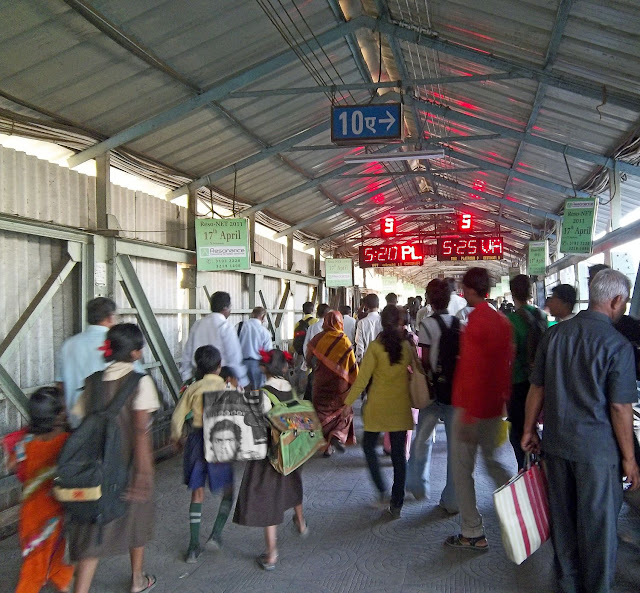 This is a silhouette of a local train against a blue sky. 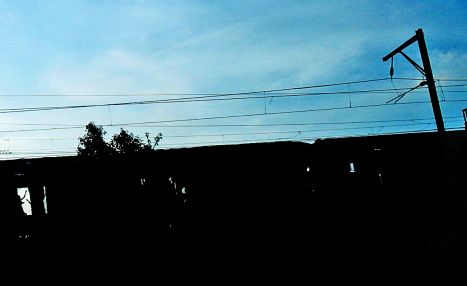 Related Images: Picture of a railway line in India or Railway Crossing in India or Ticket counter and queue at railway station in India