These are a few pictures of tribal women in Maharashtra, India. The way they wear their sari is practical, allowing them freedom of movement.

This first picture is of a tribal woman carrying light sticks for firewood and it is almost like a silhouette against a real green background. She has a sickle in her right hand for cutting small pieces of wood. The outfit she is wearing is a rudimentary variation of the traditional Maharashtrian nine-yard saree. She hasn't kept a pallav or pallu, for practical reasons. 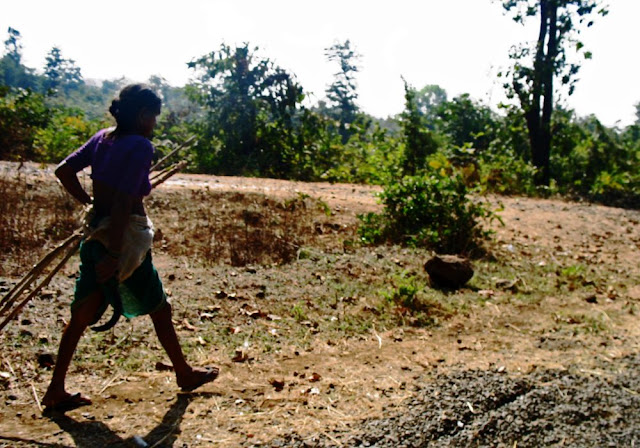 The two photographs below have been shot in Matheran, a small hill-station in Maharashtra, near Mumbai. In the first pic, a tribal woman in a pink sari is standing outside a house waiting to carry luggage. The pic was shot on my cell phone. 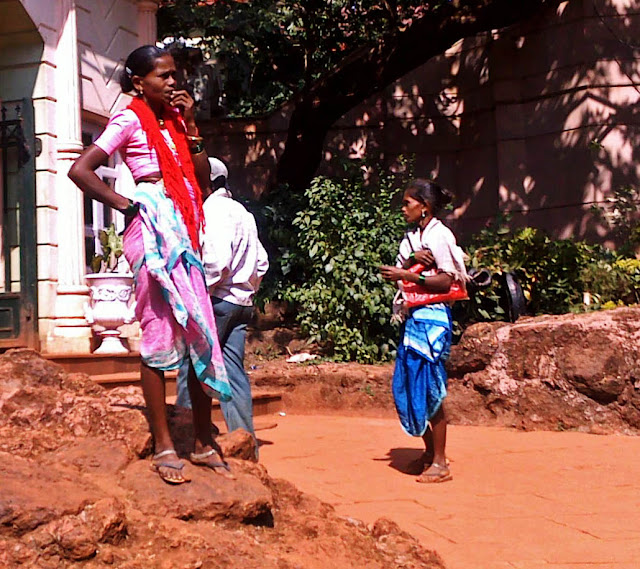 The picture below was shot in the Matheran parking lot in Nerul (on the way up to Matheran) with my Canon camera. The woman is a coolie, waiting to pick up luggage. 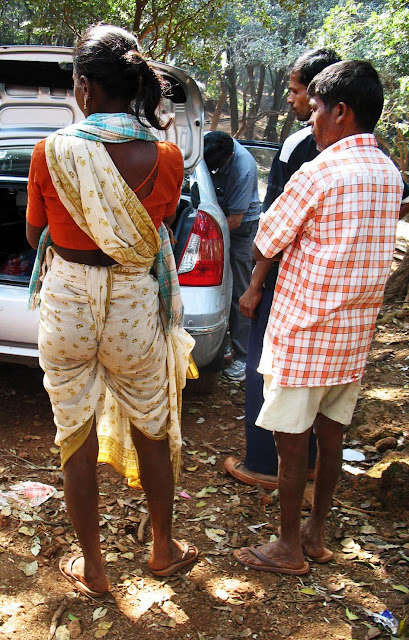 This one is of tribal women from South India, but the photograph is taken in Mumbai. 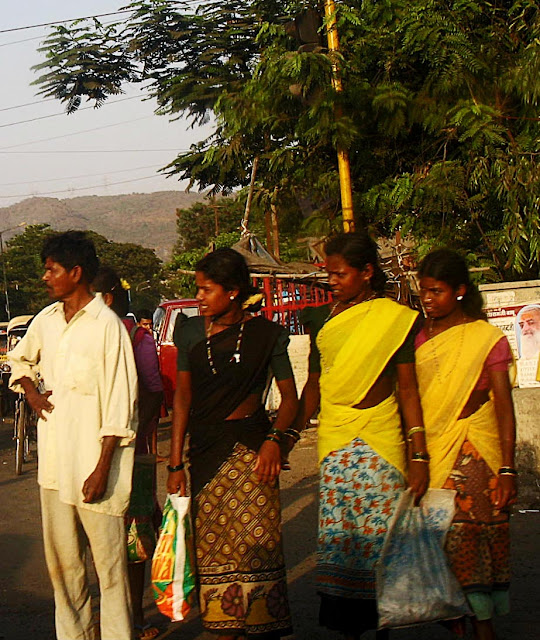 This last picture is of a tribal woman construction worker. She could be from anywhere in India, but is working in Pune, building roads. In this picture she can be seen watering the cement. 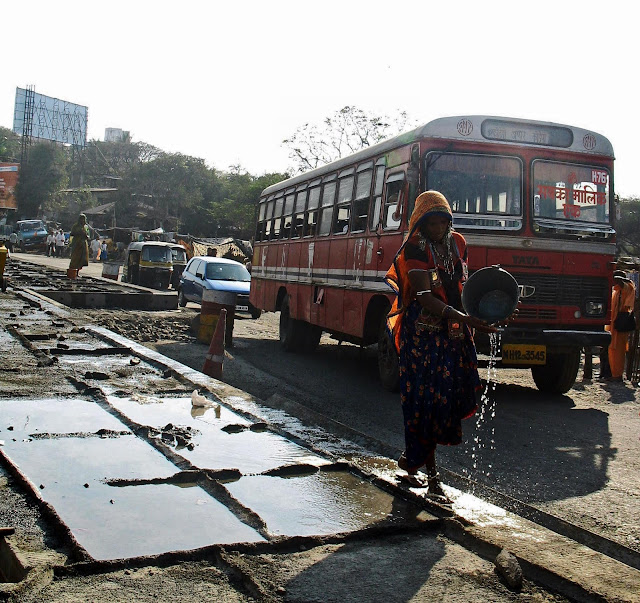