Streets of Beijing with people, traffic, cyclists, pavements and buildings

Here are some good quality photographs of the streets of Beijing with a fair amount of detail which give a feel of the city.

In the first photo you can see a group of cyclists waiting at a traffic signal. To the left of the image there is a police car with two Chinese policemen standing outside it. 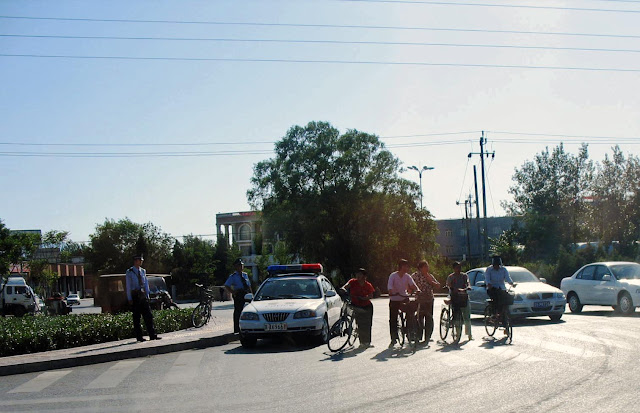 The second image is of some people waiting to cross the road. There is a woman with a shopping bag and some young, smart girls. There is a shopping centre in the background and a young couple laughing and talking on the road in front of it. There are also taxis and buses. 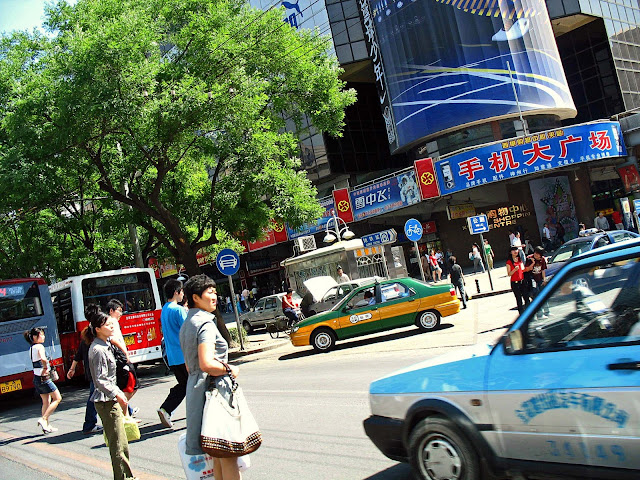 This photograph was shot from across a white railing. A lone car can be seen on the broad road and there are some buildings in the background. Some construction work seems to be going on but the ugliness is hidden from view by pretty billboards. 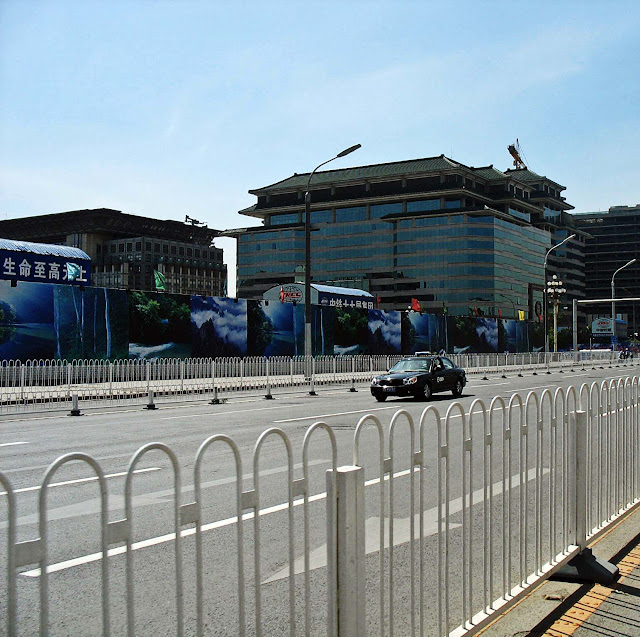 This is a main thoroughfare in Beijing with important buildings and commercial complexes to the left of the picture. Cyclists can be seen on a road with hardly any cars. Cyclists are a common sight in Beijing. A bus can be seen at a bus-stop to the right of the image. 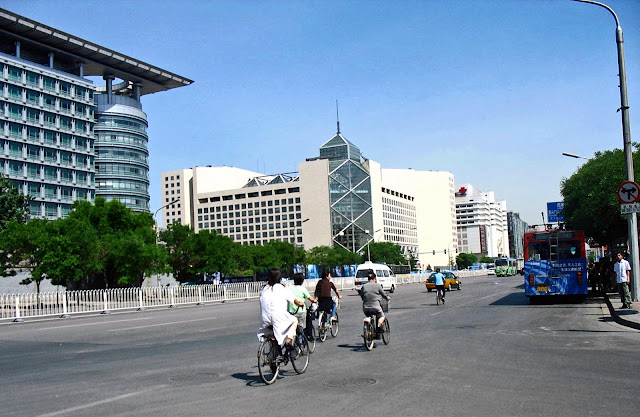 This is a mall in Beijing, the wall of which are adorned with advertisements and cinema posters. Smart young people can be seen on the pavement outside the mall. MacDonalds restaurant is on the ground floor here. The photograph shows a fair amount of clear details. 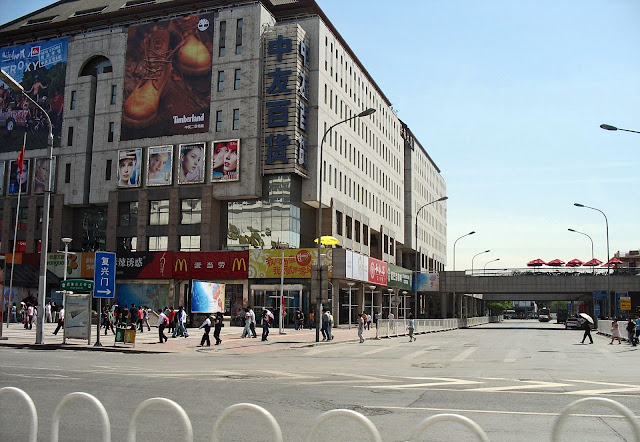 This is a closer view of the pavement and MacDonalds restaurant in front of the mall in Beijing. Two trash cans can be seen in the picture at the bottom left. Notice the number of young people on the streets. In China most people wear western clothes, whether poor or rich. 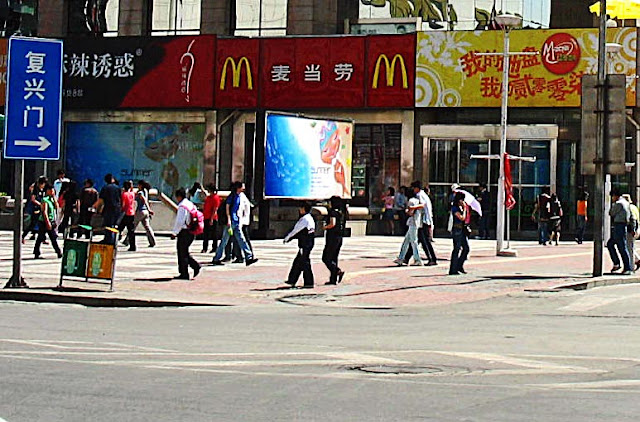 In this picture there is a woman on a moped or motorised two-wheeler. One rarely sees mopeds or scooters in Beijing. Other traffic like buses, and four-wheelers can also be seen in the picture. 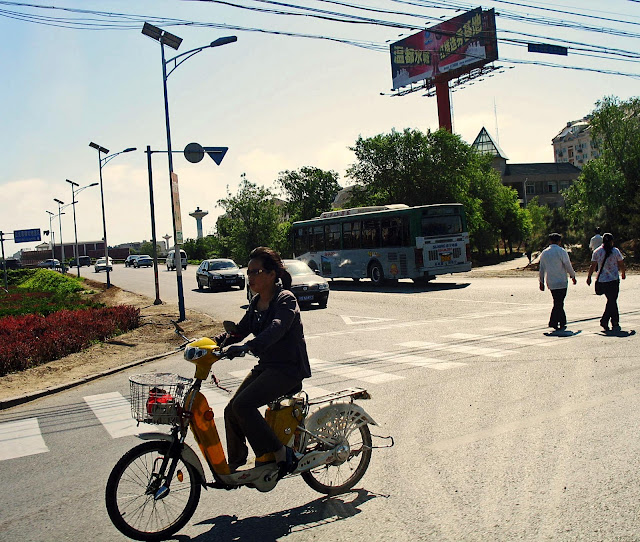 Here you can see a tree-lined pavement with people walking and some cycles parked at the edge of it. It is a shopping area. On the top of the buildings there are advertisement hoardings or billboards. 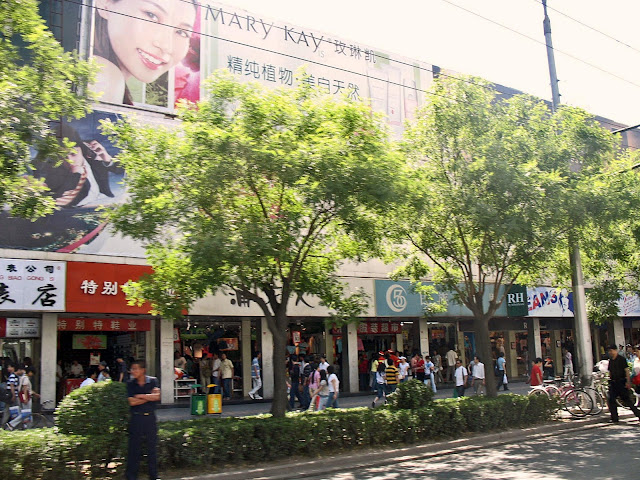 Related Images: Beijing Photographs and Skyline or Auto Rickshaws and Cycle Rickshaws in China
or Tiananmen Square in China or Hong Kong Skyscrapers or check out the label "China" for all the photographs on this country including that of people, tourist places, and important monuments.