This picture has two tribal woman from Maharashtra, India, one young and one middle-aged, carrying three pots of water each on their heads and walking along the side of the road. It is quite a feat balancing three pots filled with water on one's head, and walking long distances. Cloth is usually acts as a cushion between the pots and the head. The pots are made of metal, probably aluminium and copper. In the background is the country. 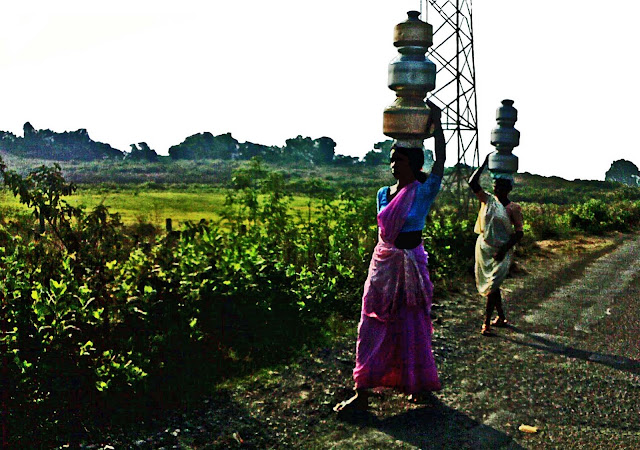 A woman in western Maharashtra carrying three pots of water on her head. High resolution photographs of this image and the next image are available. 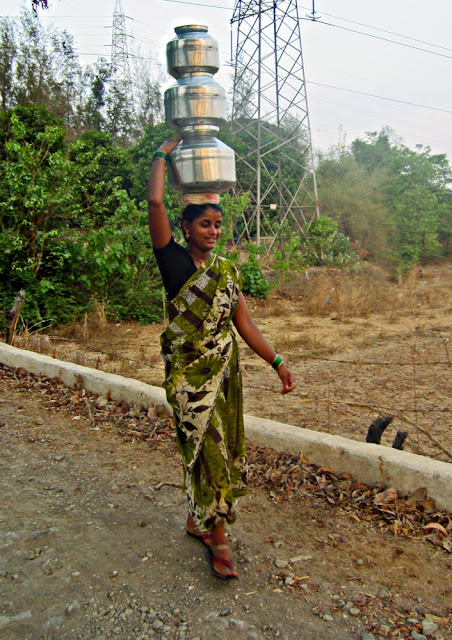 Another stately lady carrying load of water on her head! 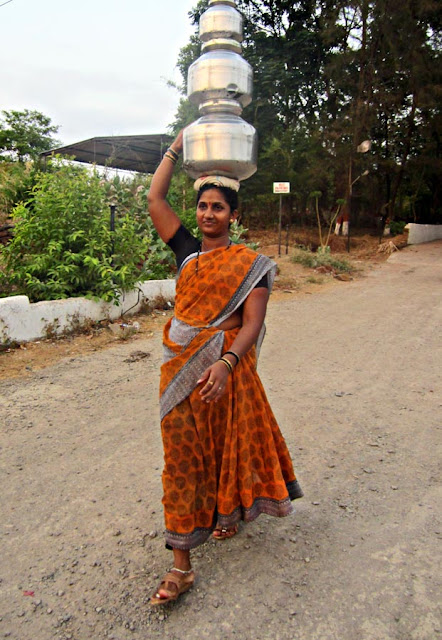 This is an Indian tribal woman walking along the side of a country road with firewood on her head. 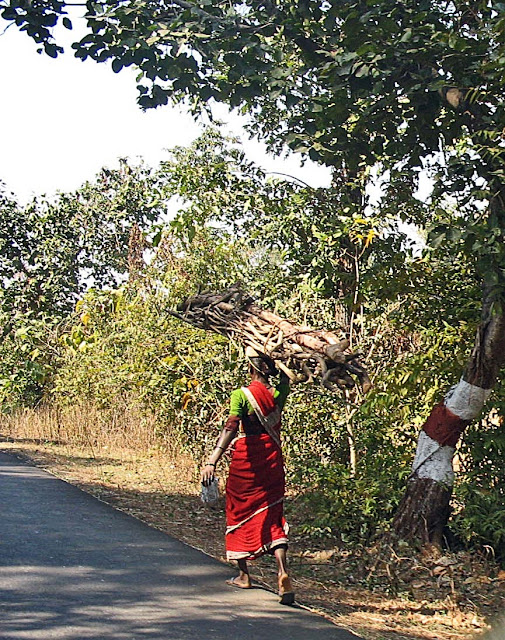 This is another picture of women carrying firewood on their heads. 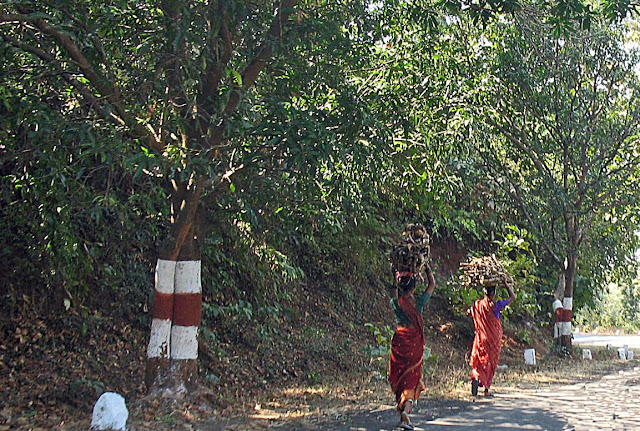 This photograph shows tribal women carrying luggage of tourists down a hill-side in Matheran. In this tourist town women as well as men work as coolies. A woman coolie is a common sight. Urban people often raise an eyebrow when they see this. But considering that it's the women amongst the tribals who carry heavy loads of water and firewood on their heads, there is no reason for them not to carry luggage! At least they make some money out of it and it's not just mandatory housework. 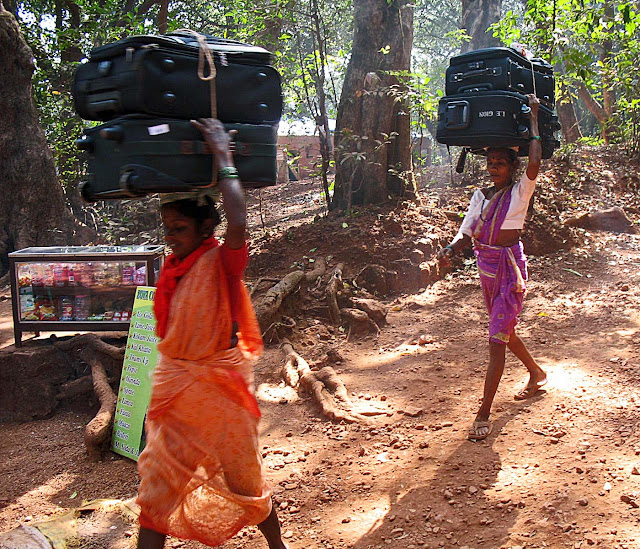 Here is another scene from Matheran, a row of women walkingand girls rapidly uphill with loads of hay for the horses. The picture was shot on a cell phone but that is not the only reason why the picture is not clear. These women were walking at a very fast pace, and it was difficult to capture them on camera. 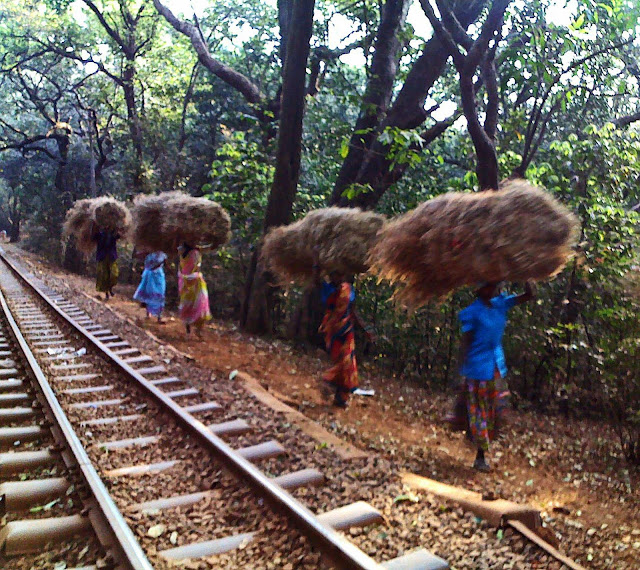 Related Images: For sketches try this post: Village women from India - sketches and silhouettes
And for more pictures of women carrying firewood and other material on their heads: Urban women workers carrying loads on their heads Ór Tribal women in India
For another image of a woman with a pot of water on her head: Women filling water from village well in India or Village women in Gwalior District, India