Garbage on the roads in India

Seeing garbage on Indian streets is fairly common. People often throw garbage outside the bin, not inside it. This is either because the garbage bin is overflowing or because of carelessness.

This photograph is taken in Pune. You can see the garbage lying on the road although the yellow garbage can is empty. 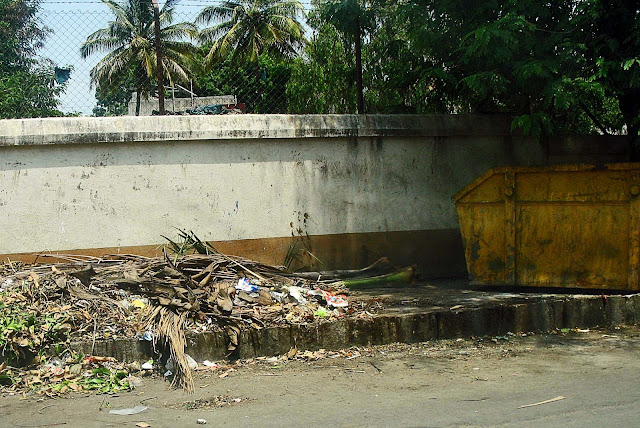 This photograph is taken in Mumbai. There is no garbage bin in sight but people are using the side of the road as a garbage bin. Stray dogs and cows, crows and rodents frequent such places. Food and medicate waste are all to be seen here. The girl in the red nightie, a slum-dweller, has arrived with some rubbish to throw. 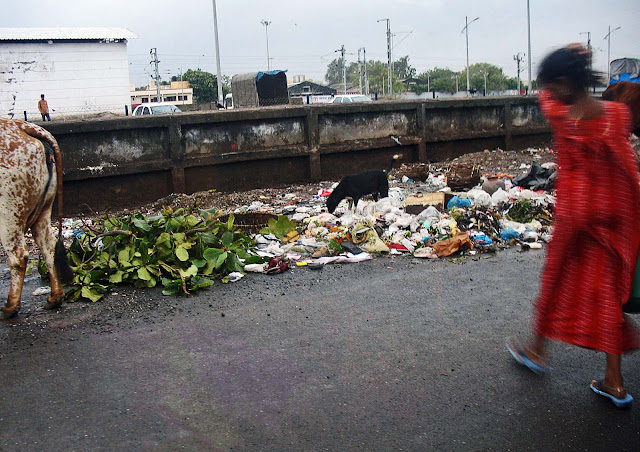 In this photo from Pune litter can be seen all over the place, quite a distance from the garbage bin. Garbage has spread to the empty plot behind the fence. 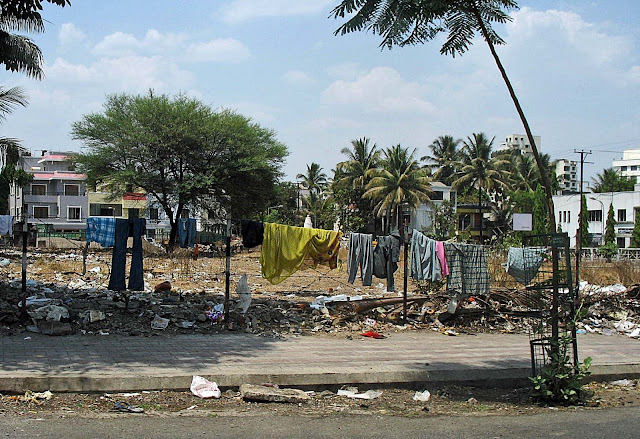 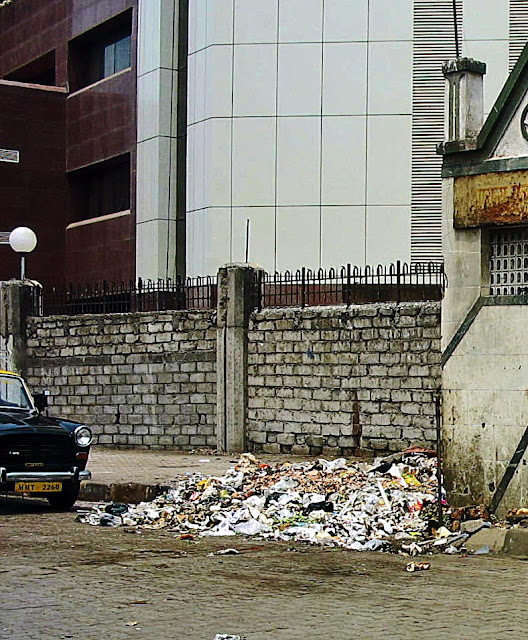 Related Images: Litter and garbage on the rail tracks or People peeing and shitting on the streets in India or KFC Garbage or Garbage trucks or dumpers in India