These are photos of men smoking, young and old.

The first one is of a young man in China. He is standing at a shopping centre or mall, and enjoying his smoke. He seems to be concerned with style, the way he is holding his cigarette between his teeth. China has 300 million smokers and the latest news is that China is planning to ban public smoking at indoor public places, similar to this one. 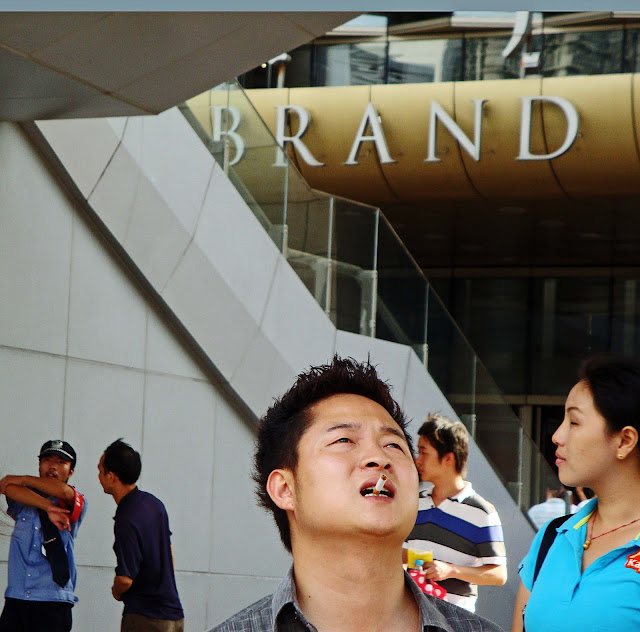 This one is of an elderly man on a bridge in Zurich, Switzerland. He is lighting his cigarette. This photograph was taken in October 2009, seven months  before the ban on smoking in public places took effect in Switzerland. 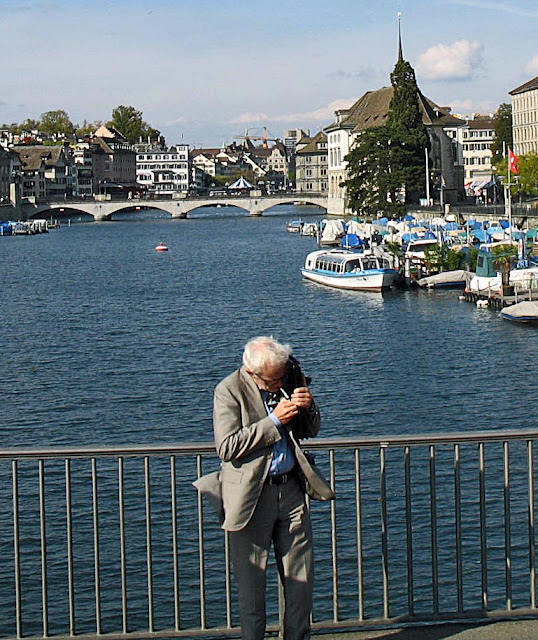 This photo is of a man smoking in the city of Paris. He sure seems to be addicted, because he cannot stop himself even as he is packing something on his scooter. 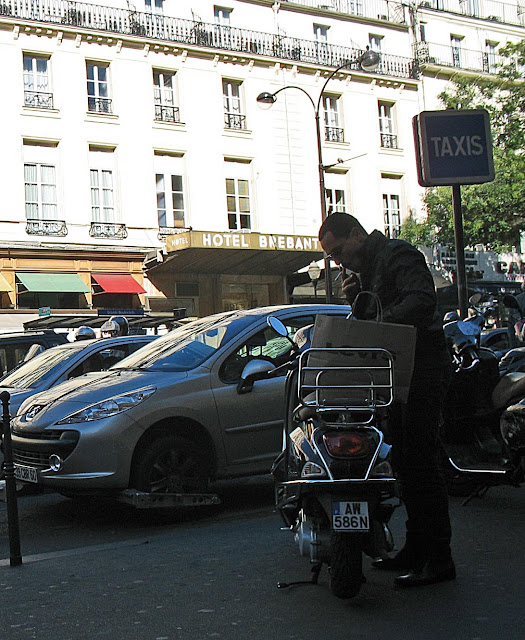 Here is an image of an Indian man on a horse smoking beedi or bidi, in Matheran, India. A beedi is a thin cigarette. Tobacco is wrapped in a leaf, and it is cheap and commonly smoked in India. It delivers more poisonous substances than other types of cigarettes. 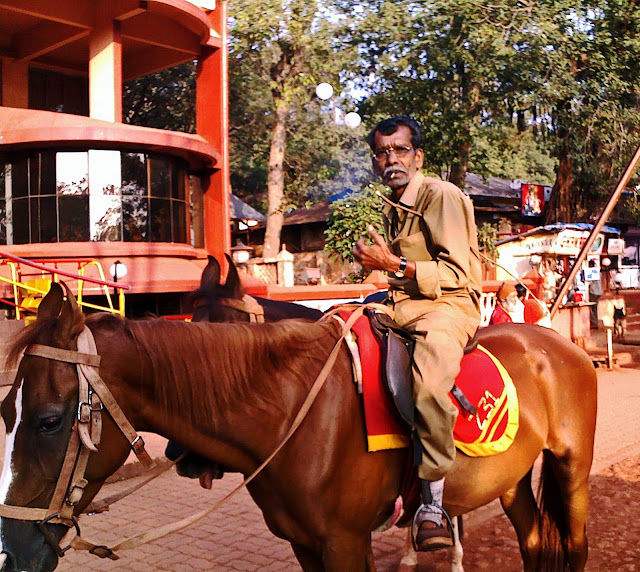 This smoker is a Rajneeshi (devotee of Rajneesh, a self-styled Godman) and he is smoking while walking down a road near the Rajneesh Ashram. He is wearing the maroon/orange robes which are commonly worn by Rajneeshis. 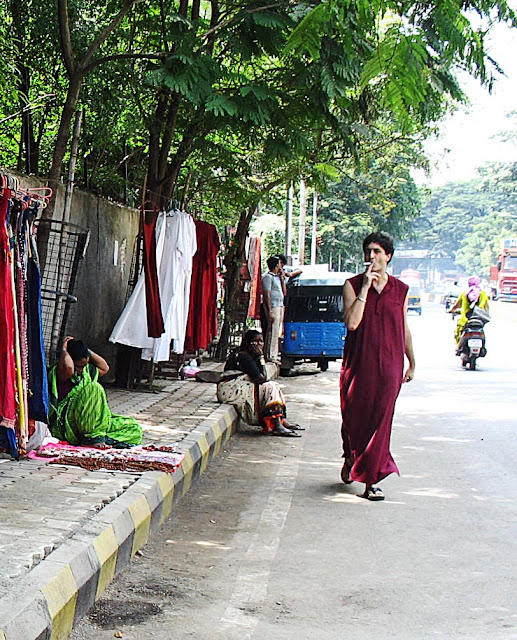 Related Images: Smoking hookah on the streets of Cairo or Pictorial Warnings on Tobacco packs
Posted by Nita at Tuesday, March 29, 2011