In rural India, private taxis commonly operate like urban bus services, ferrying people from point A to point B, often connecting several small towns and villages. This is because the public bus service may not convenient or non-existent. These taxis, which operate like a rural bus service, are usually very crowded, but then the people have no choice.

The first few photos were taken on the outskirts of Aurangabad, India. In the first photograph you can see two taxis standing by as people pile into them. They get too crowded for the operator to shut the door. The conductor often stands outside to control the crowds. 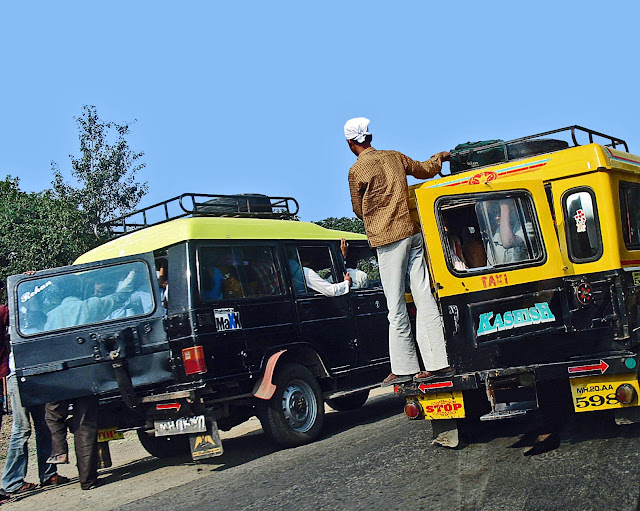 This is how many people travel. Desperate to get on. This white coloured vehicle is not even a licensed taxi. But where there is a need, there is a way. This picture should be used only in the size given below as it is not of a high resolution. 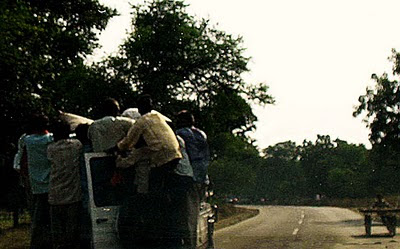 The photograph was shot from a moving car while overtaking, and both vehicles were traveling at a fair speed. Amazing how the men are managing to hold on. 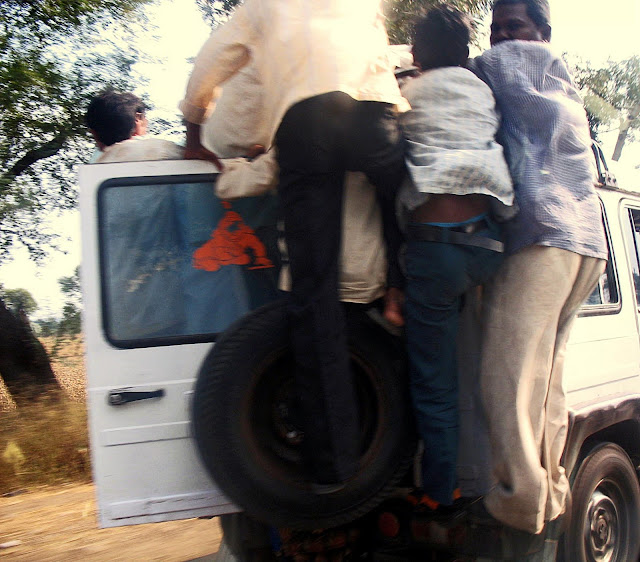 This photo was shot in the suburbs of Mumbai. It is a common sight to see about four people in the passenger seat. At times a person sits with the driver of the autorickshaw, mostly a friend of his. In this particular photo as many as three people are sitting on the driver's seat which is a single seat. It is likely to be a passenger. 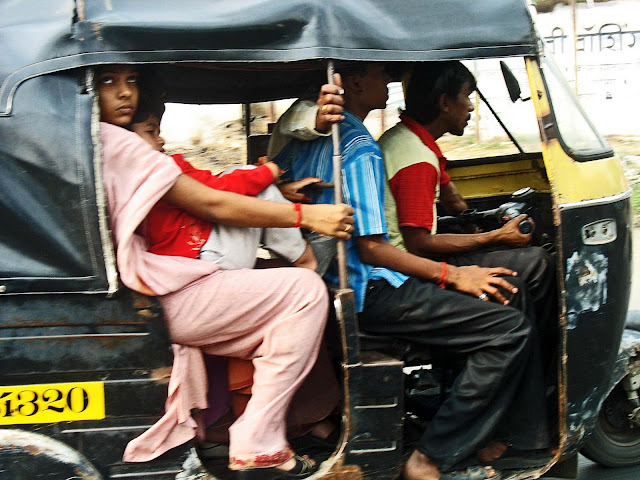 This picture was taken on the highway between Mumbai and Pune from a cell-phone. The people around the jeep were inside it. Often these vehicles are unlicensed private cab operators. Not surprising that accidents take place. 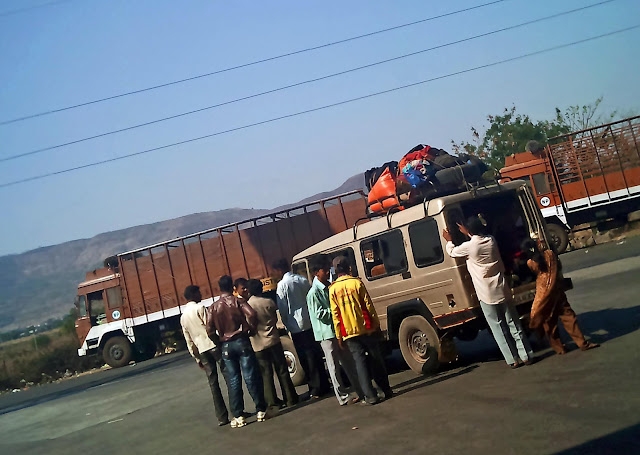 Harried commuters waiting for a bus in Pune: Waiting at a bus stop in India or people lined up in a queue in Mumbai for a bus: Busstops in India
Or Accidents scenes - overturned and smashed vehicles photos
Or check all the pictures filed under the label Transport.