This picture was shot near Jaipur, Rajasthan. It shows a tribal woman walking on the road with her son. They are holding hands. 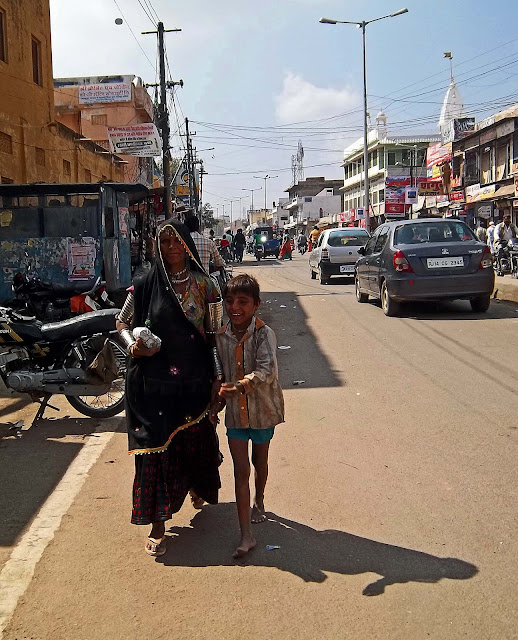 This picture was shot in Pune. A boy too old to be carried is being carried on the hip by his doting mother. 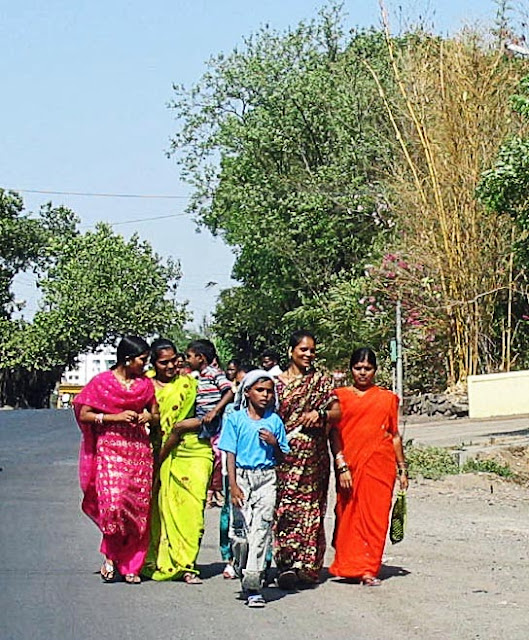 This picture was also shot in Pune, and the woman is carrying her little daughter. There doesn't seem to be any hugging here, except for the necessary body contact. 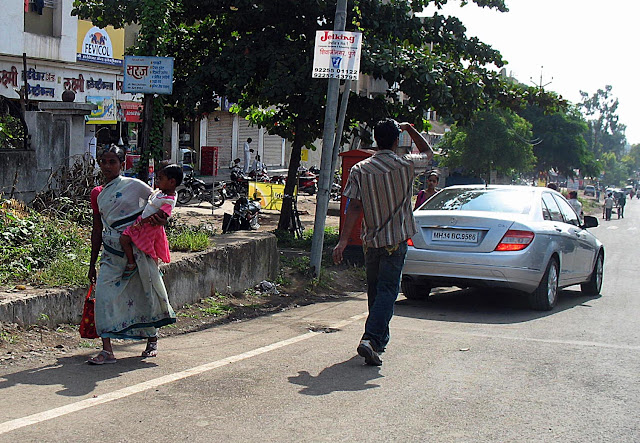 Another mother with her son clinging to her, this time in Mumbai. She has come to pick him up from school. 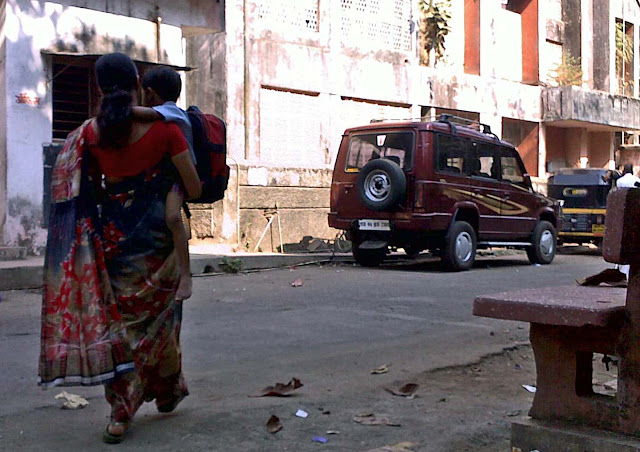 In this picture the mother of the little boy is picking him up. A spot of black kajal can be seen on his cheek, to ward of evil. In India the ears of little boys are often pierced. 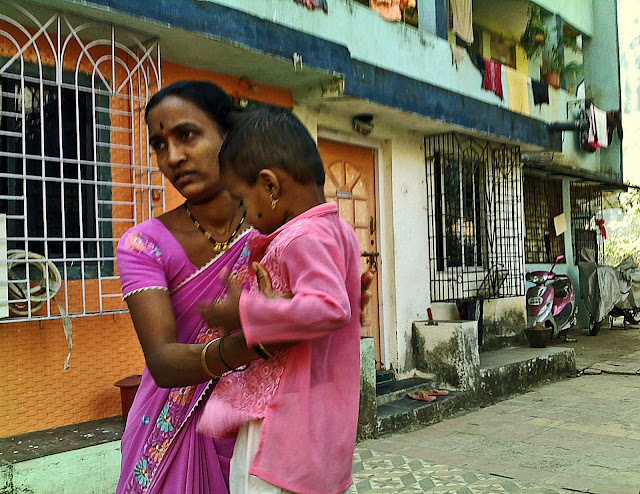 Here is a woman who is with two children. One of them is a toddler whom she is carrying, and her elder child is walking behind her. The photo is slightly blurred, but if used in a small size will be okay. 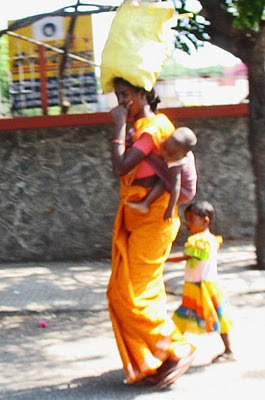 Related Images: Fathers with their children