Here are some photographs of Indian cricket players and one of a group of Australian players as well. All of the images are copyrighted to me. They were shot at The Sydney Cricket Ground (SCG) during an international cricket series by a friend of mine. If you are writing a blogpost on cricket or anything about the coming World Cup matches, these pics will be useful. All you have to do is attribute and use them.

This first one is of Virender Sehwag, one of the better batsman that the Indian cricket team has. 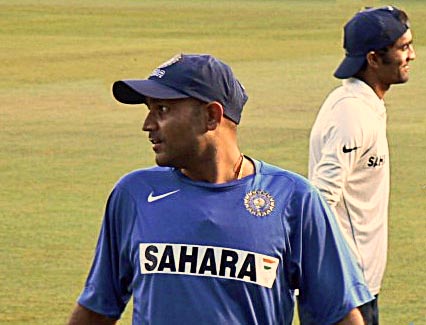 In this photograph Virendra Sehwag is seen sipping a hot drink as he watches the match on a laptop. He is waiting for his turn to bat. He also seems to be munching something. 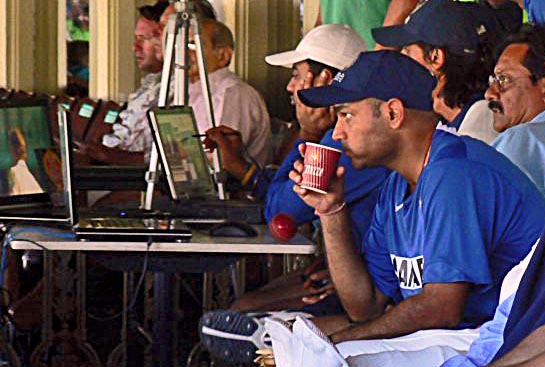 Harbhajan Singh, popularly known as Bhajji, is one of the  best bowlers in India today. Here are two pictures of his taken at the Sydney Cricket stadium. Here he is seen shaking someone's hand a trifle reluctantly. 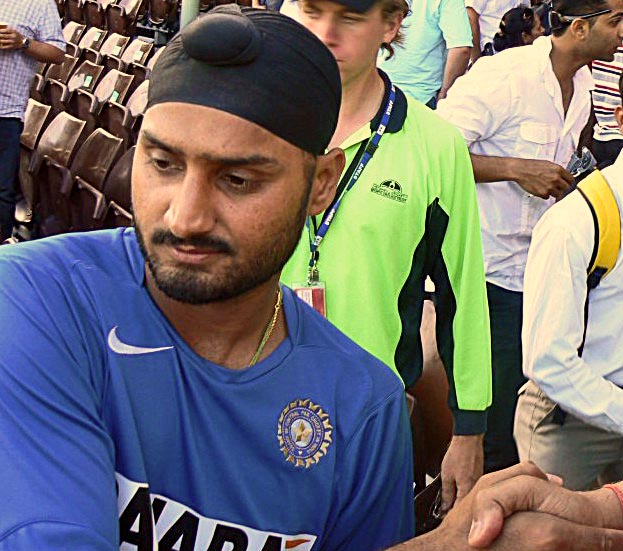 This is Harbhajan giving autographs to his fans. He is signing a toy bat for a fan. 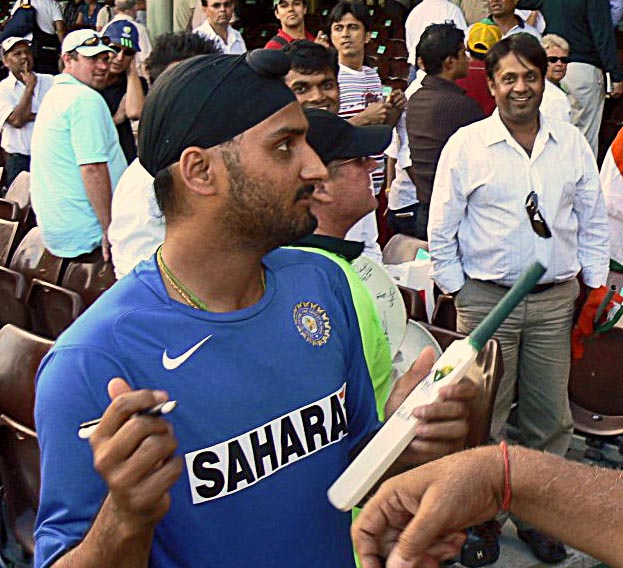 This photo is of Sachin Tendulkar walking off the field after getting out. As he walks into the stadium rooms fans try to touch him and some are taking his photographs. An attendant at the stadium ensures that the fans are kept at bay. 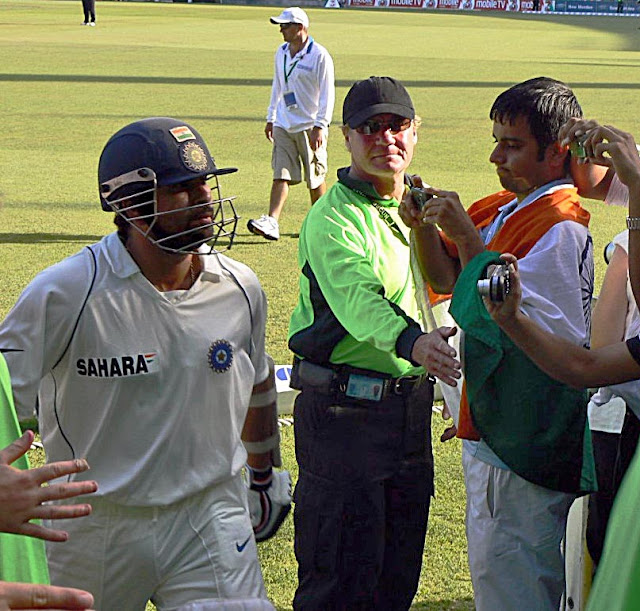 Anil Kumble may not be in the Indian cricket team playing for the World Cup anymore but he was at one time one of the foremost bowlers in Indian cricket and was also a captain. In this image he can be seen signing autographs for fans. Some people are capturing him on camera. The background is the Sydney Cricket stadium.

This one is of Yuvraj, again signing autographs for fans. Some people are taking his photograph. 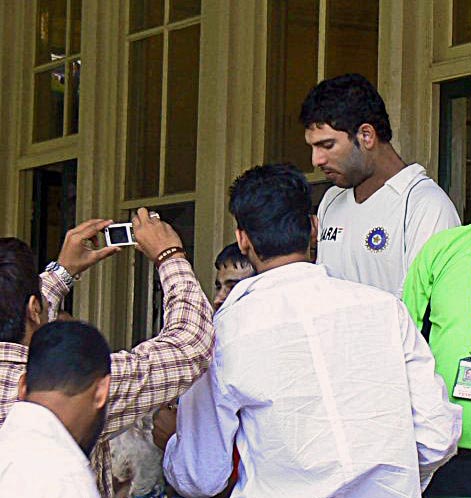 In this photograph Saurav Ganguly is looking resigned. The Sydney Cricket Ground (SCG) with a match on is the background. The photograph is a result of combining two images, both shot at Sydney on the same day. Saurav Ganguly was one of India's best batsmen and most successful captain but now he is out of the race. This photograph captures the resignation that he must feel at being left out in the cold. At the same time there is a shine in his eyes and even a small smile as he looks forward to a different future, showing optimism. 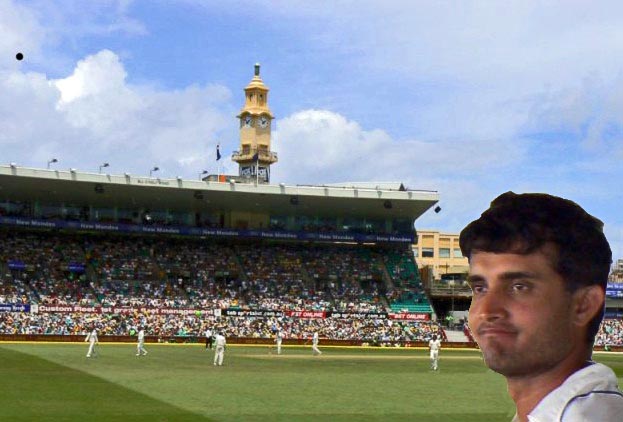 This is a picture of Australian cricket players taking a break. Most of these players are not playing today. The pictures were shot in Sydney, Australia. 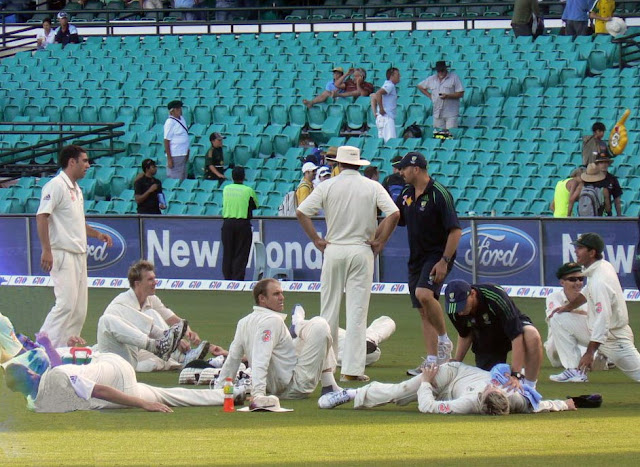