The first two quotes demonstrate the broad-minded thinking of Mahatma Gandhi and his understanding of human nature. This wise quotation says


This world is inhabited by all kinds of people. They are isolated by land and water, religion, customs, habits. The minds and hearts of these people are much alike. Under sudden or stressed emotions, they blossom forth or explode in riots, fights, dance, song, prayer. At such times they become one mind, one heart. And the world vibrates with the intensity of their feelings, emotions, anger, laughter. 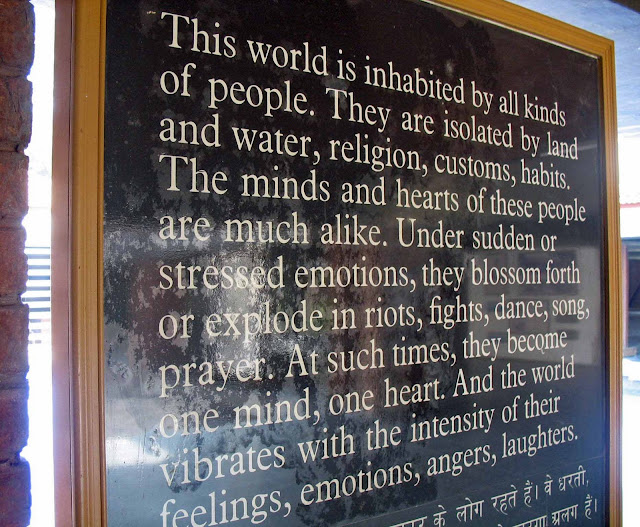 It is not surprising that Mohandas Karamchand Gandhi help fight apartheid in South Africa. He loved all humanity and that is clear in this wise saying:


I do not want my house to be walled in on all sides and my windows to be stuffed. I want the cultures of all lands to be blown about my house as freely as possible. But I refuse to be blown off my feet by any. 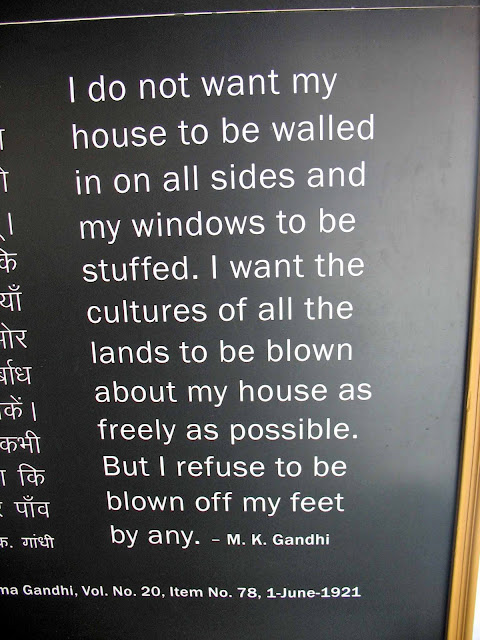 The quote below shows us his belief in true democracy and his cynicism about western democracy. If he were alive today he would have something bitter to say about the state of Indian democracy as today Indian democracy is not functioning as Gandhi envisioned:


My notion of democracy is that under it the weakest should have the same opportunity as the strongest...No country in the world today shows any but patronising regard for the weak....Western democracy as it functions today, is diluted fascism...True democracy cannot be worked by twenty men sitting at the centre. It has to be worked from below by the people of the village. 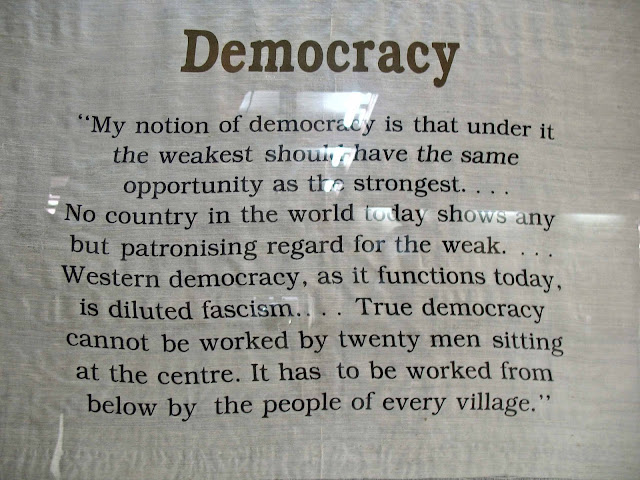 The saying of Mahatma Gandhi's wife Kasturba aptly shows the thinking and position of women in the early twentieth century. Even though women had a lower status than men it is interesting what they actually thought of the men.


Our men are fighting the government for the sake of truth. We must encourage them in this fight. We must bear bravely whatever harassment the government may subject us to...The boycott of alcohol and foreign clothes is a task that women have to do. Men are not blessed with the kind of common sense that we have for  we understand the language of sorrow better than men. 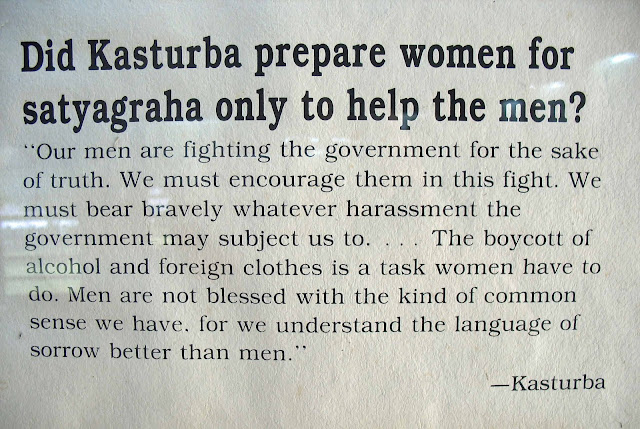