Elephants on the streets of India

While India is not about elephants and snake charmers, it is not unusual to see elephants on highways, or city streets. Tame elephants often roam the streets with their caretakers, and mostly these elephants belong to the circus and have private owners. The elephants are not a hazard to people, although they often obstruct traffic.

This is a picture showing an elephant walking steadily on a busy street, making its way carefully between a parked bus and a hand-cart. The bus-driver is standing casually at the door. 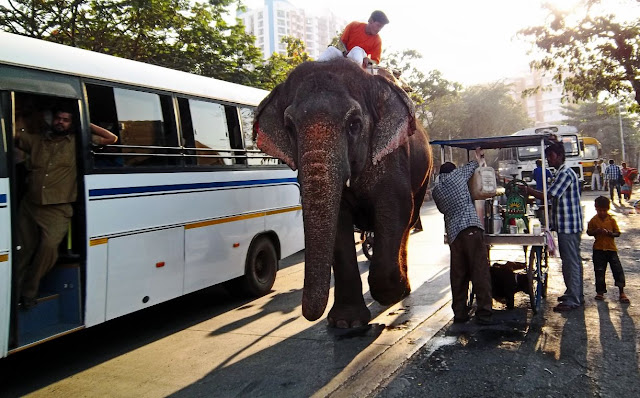 The elephant is marching on and this view is from the back. There are two buses in the picture and the elephant is walking on the side of the road. 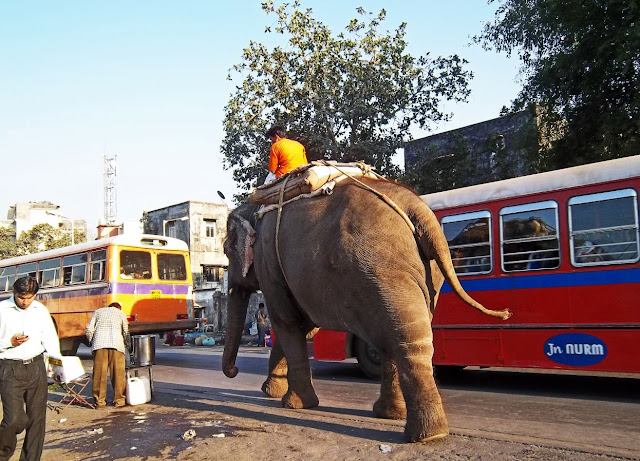 The image below captures the elephant at close range. The mahout is perched on top, a stick in his hand. A man on the road is fondling the trunk of the elephant. 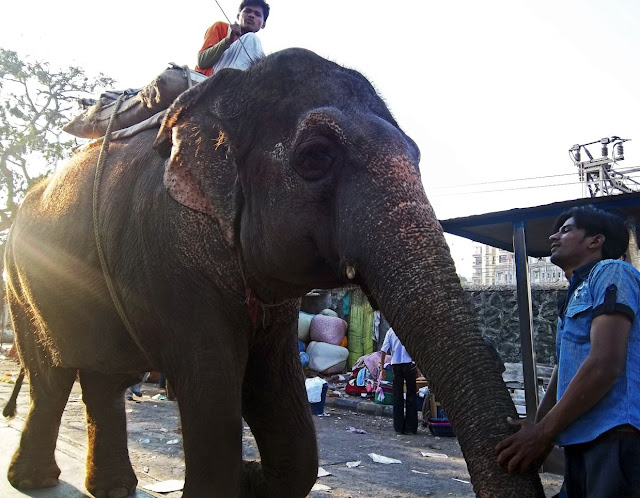 This photo below was clicked on the Mumbai-Pune highway, near Belapur, from a car. This elephant looks younger than the one in the previous pictures. 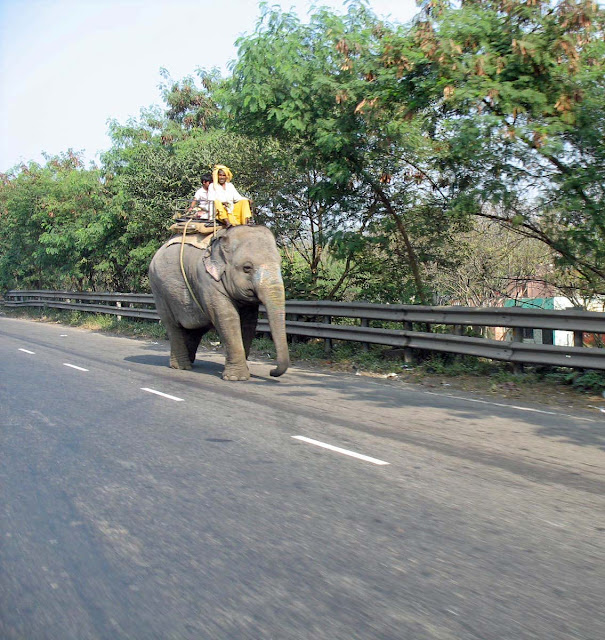 The next two pictures were shot in Thane city, near the railway station. The mahout is sitting on top of the elephant who is eating something lying on the road. They look like corn peels. 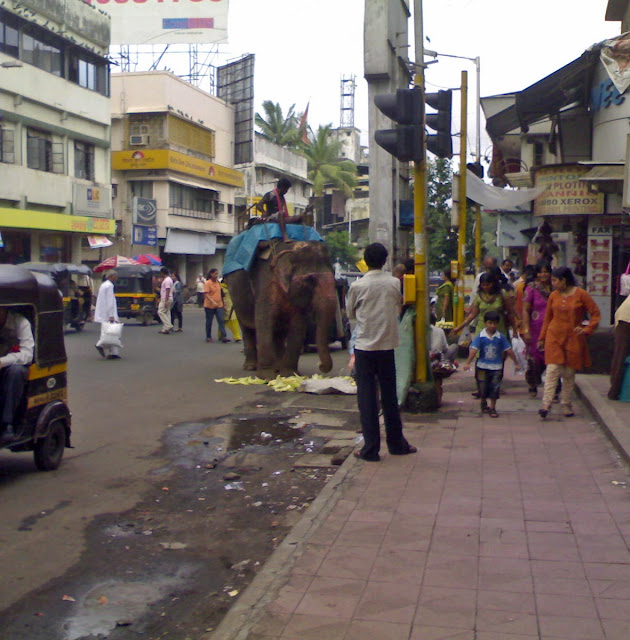 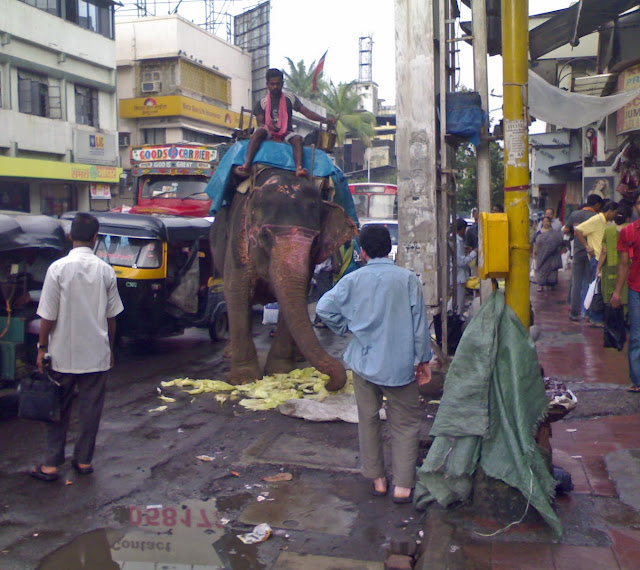 You might also like Eye of the Elephant! or Cattle on city streets or Stray Cattle in India or Stray Dogs Pictures or Man with camel - photograph and silhouette or Yaks in Ladakh
Or Cat Portraits
Or pictures of Black Hippos in the wild or Green Caterpillar images or Wild Zebras in Ruaha National Park Tanzania or check out all photos of Wildlife.
Or try the label "Animals" for pictures of wild as well as domesticated animals.