The first two are photographs of  hand-pulled rickshaws in Kolkata, India. In the first picture, the  background is a busy market-place. The rickshaw puller (in a lungi) has parked his vehicle on the side of the road and can be seen behind his vehicle. 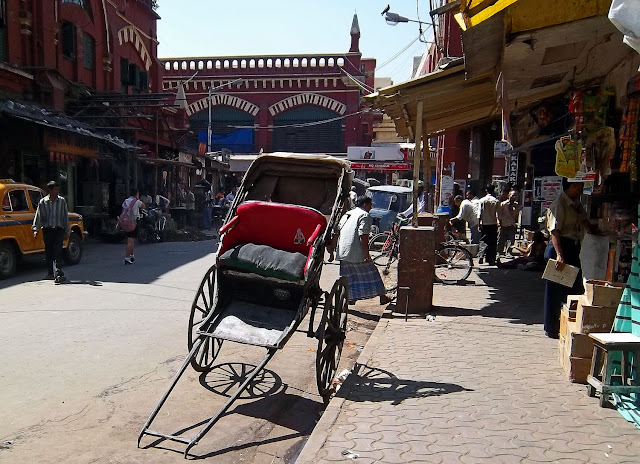 This image is also taken with the backdrop of a busy marketplace in Kolkata, India. The hand rickshaw puller is taking a break on his rickshaw. Coconuts for sale can be seen in the background. 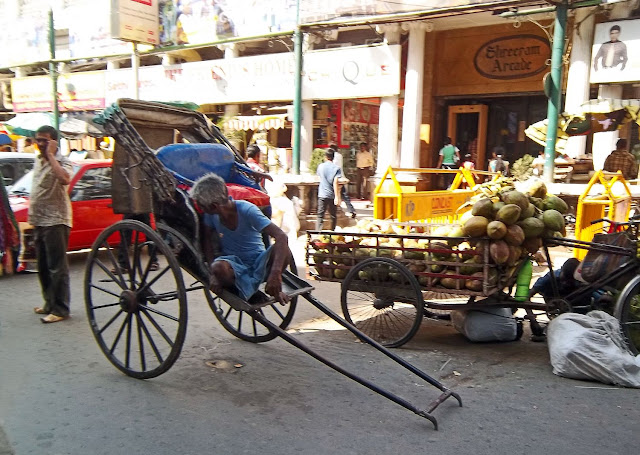 This is the same photo as shown above but colour corrected. 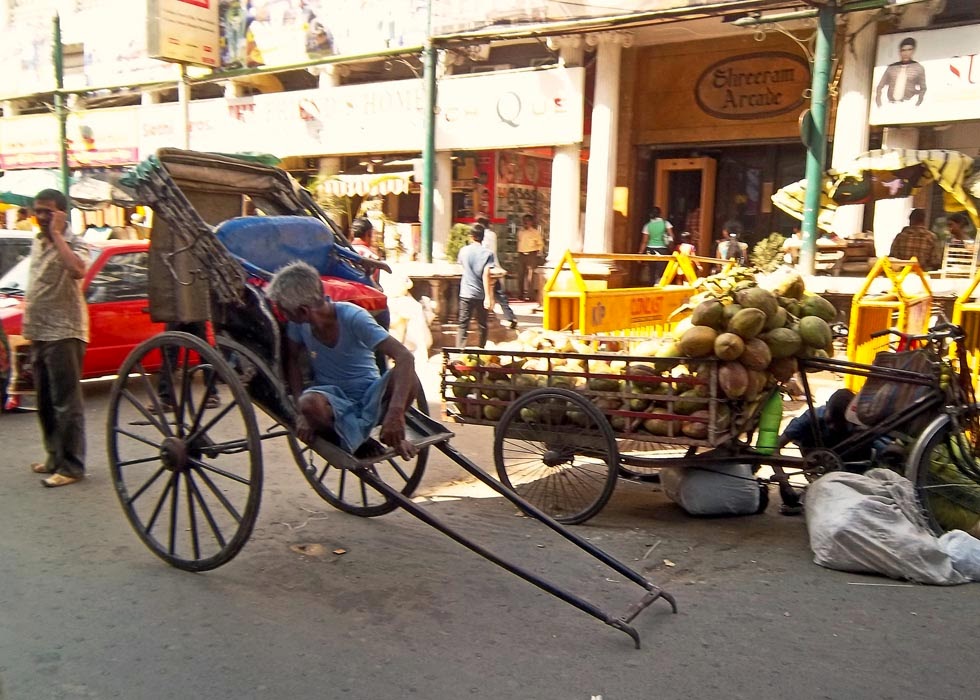 These are pictures of hand-pulled rickshaws on the hill-station of Matheran in Maharashtra, India. You will find that they are better maintained than the ones in Kolkata because the Matheran rickshaws only carry tourists and they charge high fares. The kolkata hand pulled rickshaws are pulled by labourers charging nominal fares and are a fairly common transport system for the city.

The first picture is of a man pulling an empty rickshaw. There is another rickshaw-puller behind him. 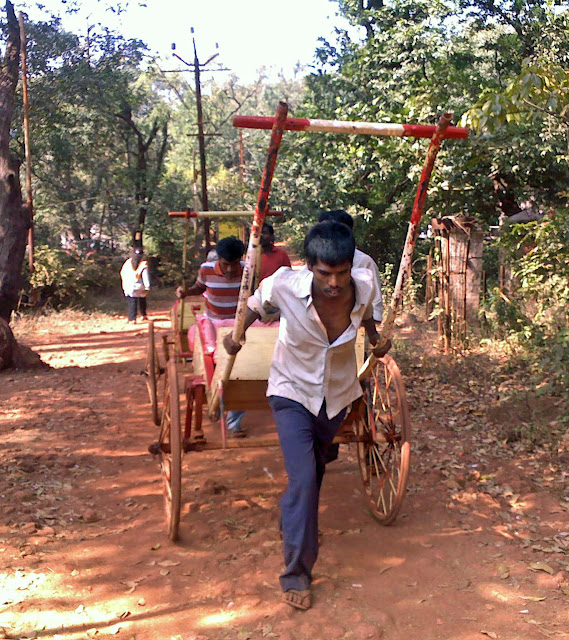 This shows a hand-pulled rickshaw resting on the side of the road near the railway line, waiting for a passenger. 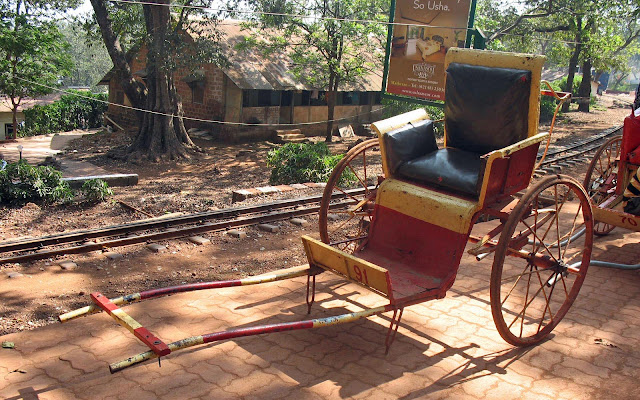 In the photo below you will see a couple of rickshaw pullers chatting, their rickshaws alongside. 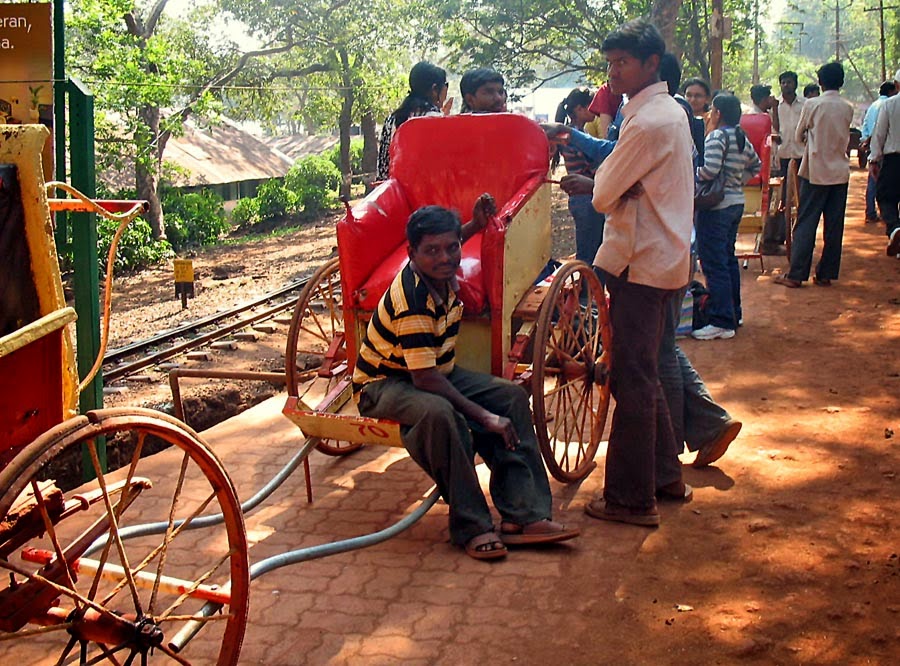 The picture below is of the hand pulled rickshaws with their pullers. You will find several men manning a rickshaw, often as many as three. This is because Matheran is a hilly town and one person cannot pull a loaded rickshaw on his own. 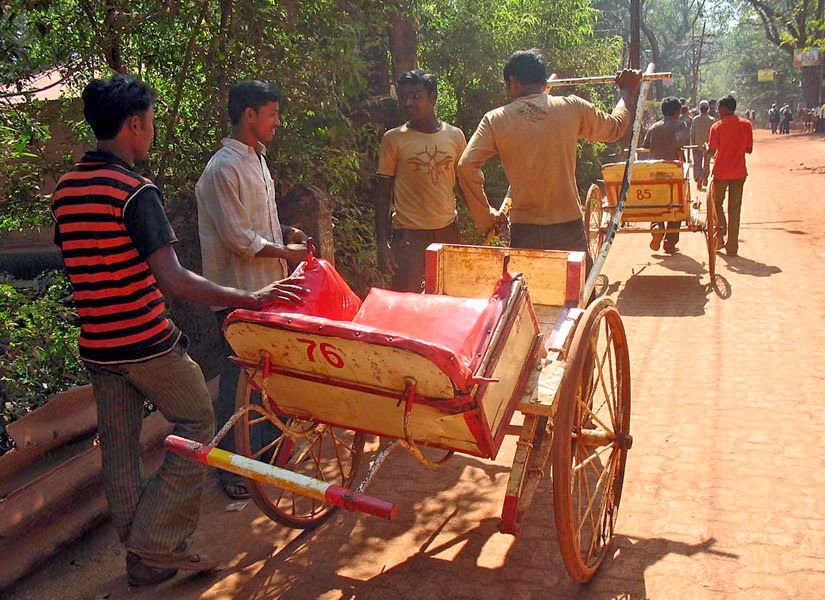 This is an example of three rickshaw pullers pulling one rickshaw. One is pulling it from the front, and two others are pushing it from the back. Perhaps these should be called hand-pushed rickshaws! 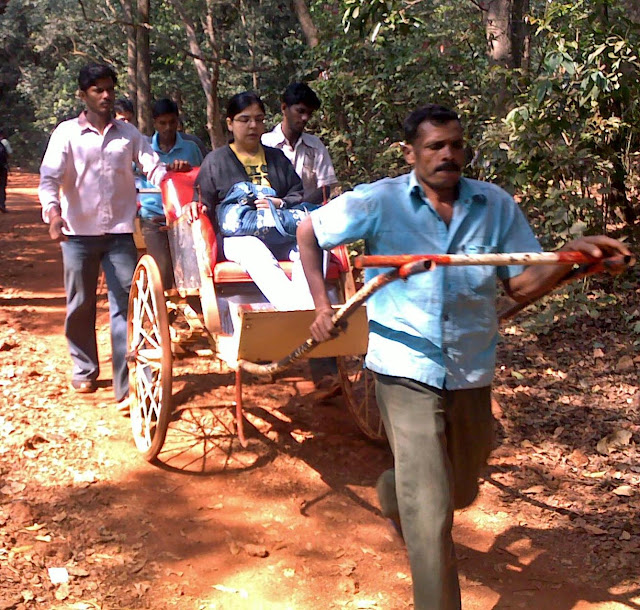 If you are looking for nature scenes from Matheran try this post: Nature scenes of hills, valleys and trees or Scenes from the Matheran Mountains or Ghat