Domestic worker or maid in India

The first two pictures are of a female maid sweeping an apartment in India and the third one is of a woman cleaning utensils. They are both wearing saris, a dress commonly worn by women in Western and Southern India. Domestic workers are commonly referred to as "servants" or "naukar"and the workers resent this. 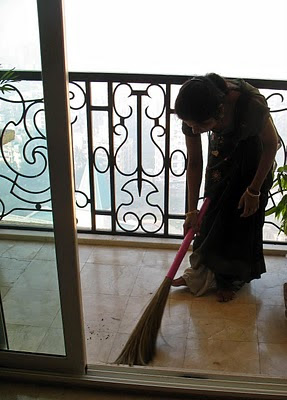 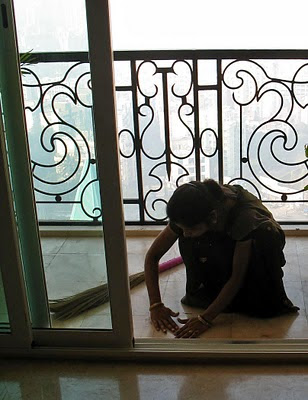 In the photo below you will a see a woman cleaning utensils. This picture was stolen by a major regional newspaper in their print edition and when I confronted the newspaper they paid up. I asked for Rs 1500/- for using this picture illegally, and after receiving it gave half of the money to the woman in the picture. And no, she does not work for me and never has. 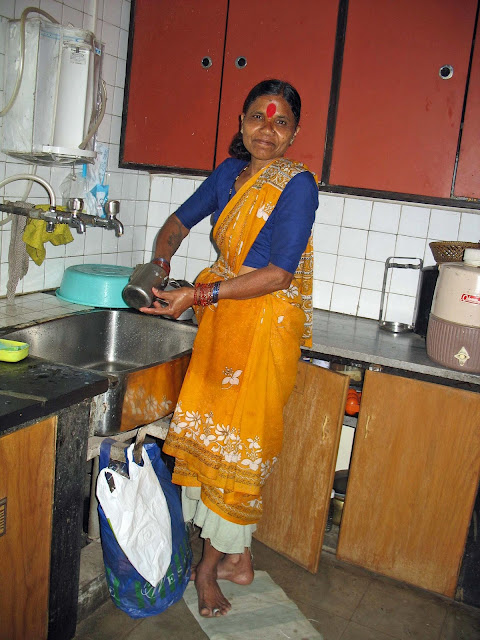