It is believed by historians the Warli tradition of art is as old as 3,000 BC. The Warli tribe is from north-west of Mumbai. Traditionally, these paintings do not use straight lines and instead the lines are made by using dots and dashes. They use triangles, squares and circles though. The limbs of the figures are always flowing, graceful and curved. The curved lines of the limbs are an important feature of warli art.

The first image is of two different sketches, made from original paintings. The sketch on the left is a depiction of village life. There is a fire in the centre and women stoking the fire. Some people are relaxing while others are working. The sketch on the right in a representation of the typical warli dance with a person in the centre playing a musical instrument. 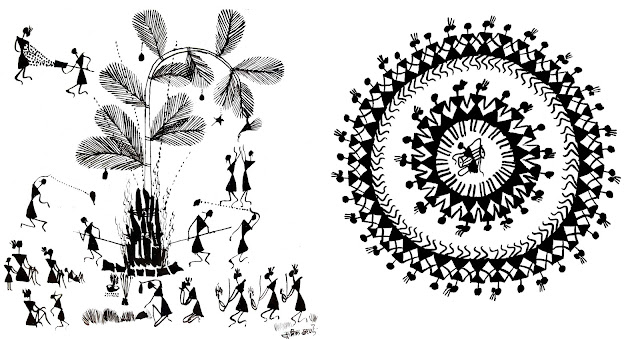 The image below is drawn from coasters. The warli people's depiction of greenery in their midst.

The sketch below is from a wooden tray. It depicts village life, and some houses as well.  Near the house there are two women looking after a baby and in the top left and top right of the photo there are peacocks. Some people are dancing, others playing music, and others with baskets on their heads. Two beautiful palm trees are drawn near the house. 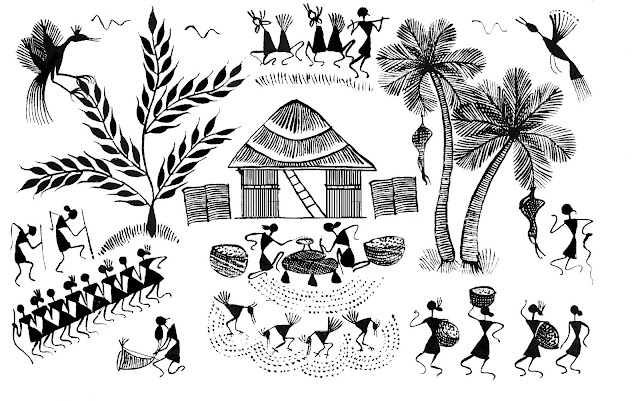 The four images below are taken from wooden coasters and show village women engaged in different activities like weaving, and carrying baskets. 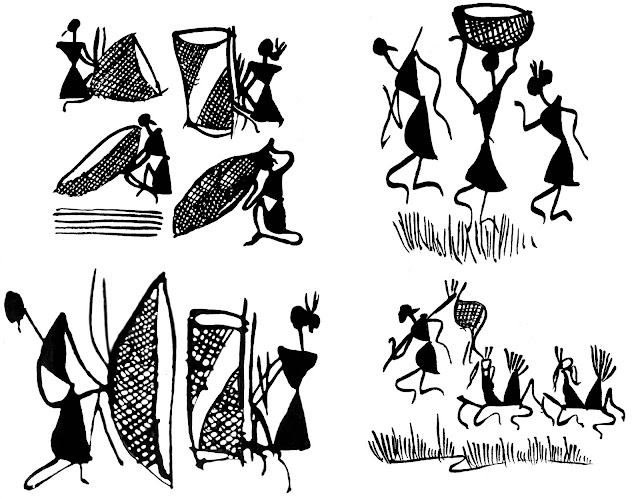 The two images below are from coasters/pen stand, and depict two women with a baby and in the last picture two individuals warming themselves before a fire. 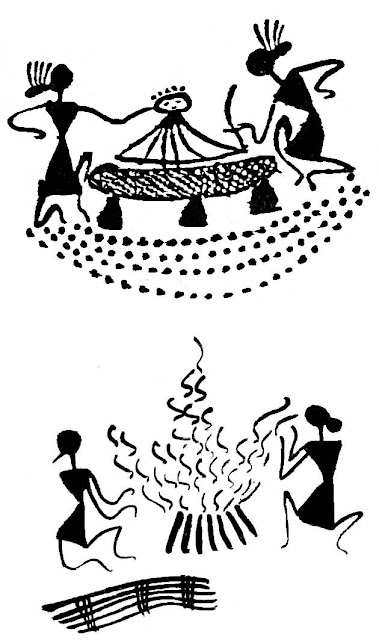 Warli art is unique as the artists work with triangles and curves, not straight lines. If at times you find a straight line in any of the drawings above (for example in the thatched hut) that has been done by me as I was unable to perfectly draw the curved lines.