Kailashnath Temple is the largest and most awesome of all the temples at Ellora.  Built in the 8th century at Ellora, near Aurangabad, in Maharashtra, it is one of the world's largest monolithic structures. It is named after the abode of Lord Shiva, whose abode is Mount Kailash. It "covers an area double the size of Parthenon in Athens...The construction of this cave was a feat of human genius – it entailed removal of 200,000 tonnes of rock, and took 100 years to complete. "

The temple is an example of the Rashtrakuta architecture and Dravidian Art. It is double storeyed, with carved roofs and pillars, and large statues and frescoes. It is a Hindu cave although Ellora has Buddhist and Jain caves as well.

In this first view you can see the overview of the temple and the massive rock face it has been carved out of. The tiny people give you a perspective on the sheer size of the rock-cut temple. But don't go by the front view. The temple stretches backwards and inwards, and is longer than it is broad and you will see that in the following photos. 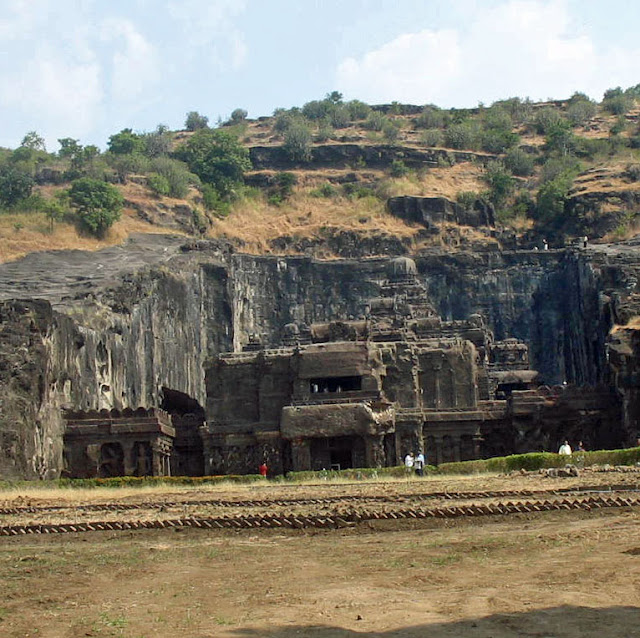 As we get closer we see the carved and sculptured rock, the face of the temple. Yet, we cannot imagine what lies beyond. 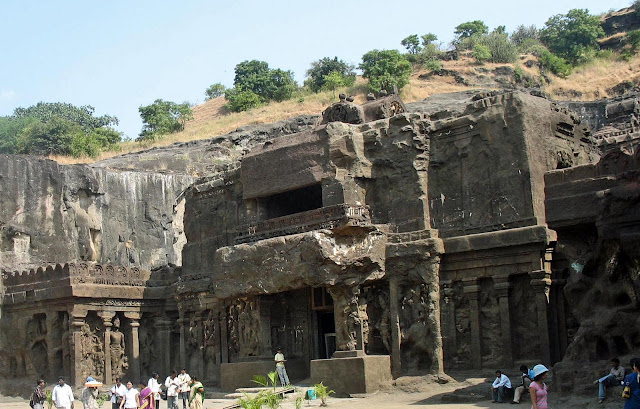 It's only as one enters that we see the depth of the temple. The spectacle is amazing! To think that all of it was hewn out one piece of rock! Again, the tiny tourists give you an idea about the size of the temple.

The image below gives you a closer look at the carved stone temple. The designs, patterns and frescoes are clearly visible in the image. 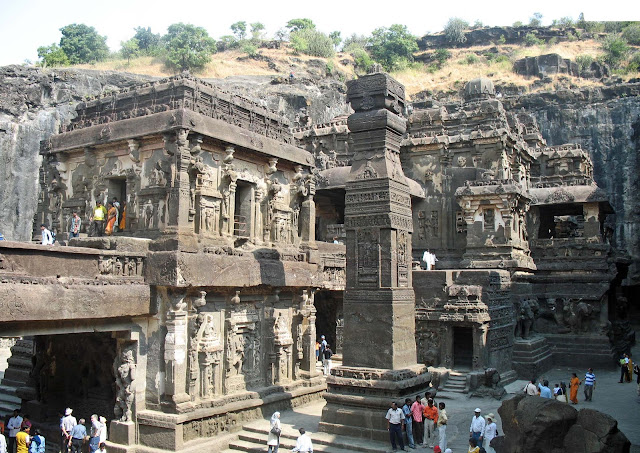 The two photographs below show the remnants of the paint on the stone walls of the temple. The temple was fully painted, but now most of the paint has worn off from this ancient temple. 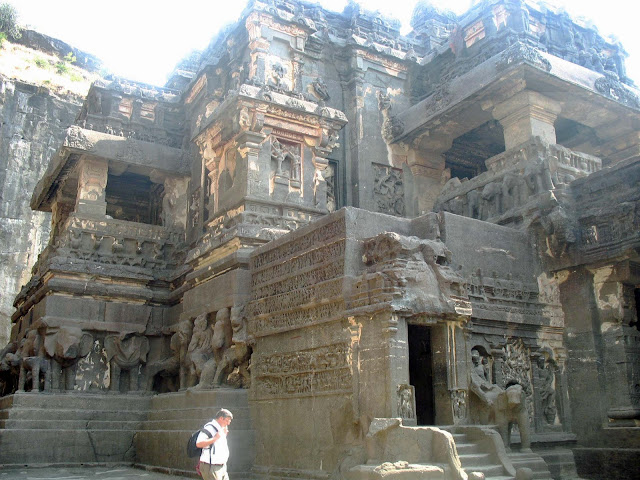 You can see the fading colours of the ancient temple of Kailashnath. 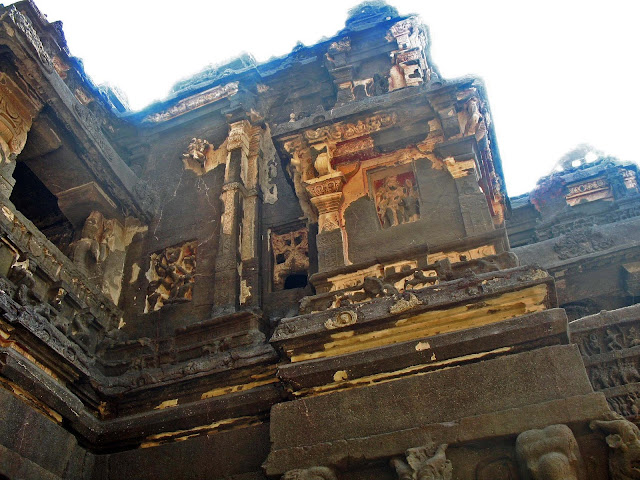 The temple has several sculptures of lions and elephants. In Hinduism animals are considered on par with humans. They are not thought to be inferior. The image below is the view you get immediately to the left of the entrance. 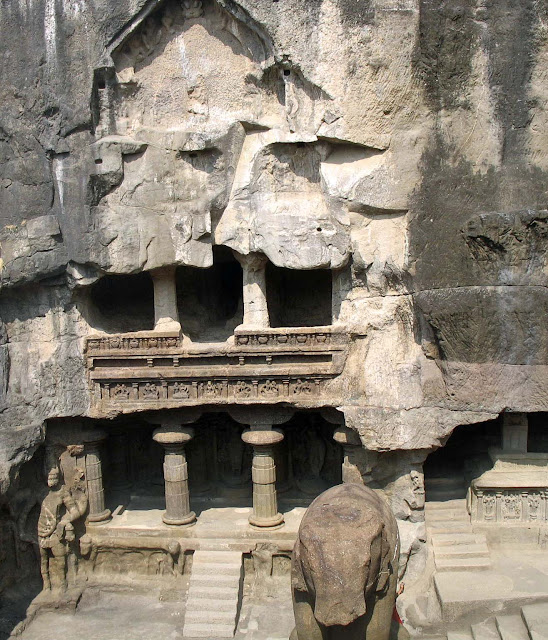 Below is a close-up of the stone frescoes on one of the walls of the Kailashnath Temple at Ellora. An ornately carved pillar is to the left of the photo. 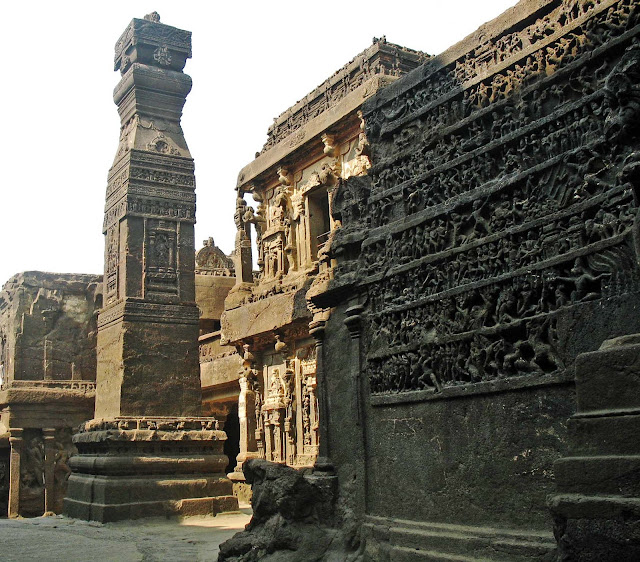