Bullock Carts in the country and in the city

Bullock carts are a common mode of transport in rural and semi-urban India. While motor-cycles have become popular they can never replace the bullock cart or bailgadi as this cart carries several people and also luggage/goods.

Some of these pictures have been taken near Kamshet and some near Diwekarwadi, areas around Mumbai, India. The first one is shot near Diwerkadi, in a rural area. A man is using a whip to drive the bulls and another man is sitting at the back. The cart is carrying long sticks as well. 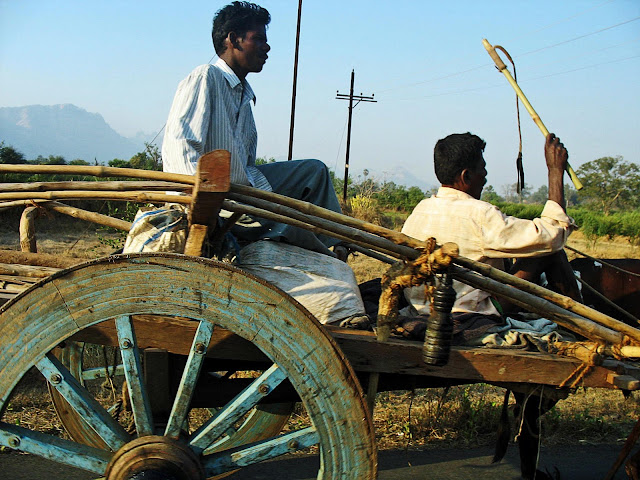 This picture of a young boy riding a bullock cart was shot near Kamshet, a semi-urban area in Maharashtra, India. The bullock cart appears to be carrying some other material as well. 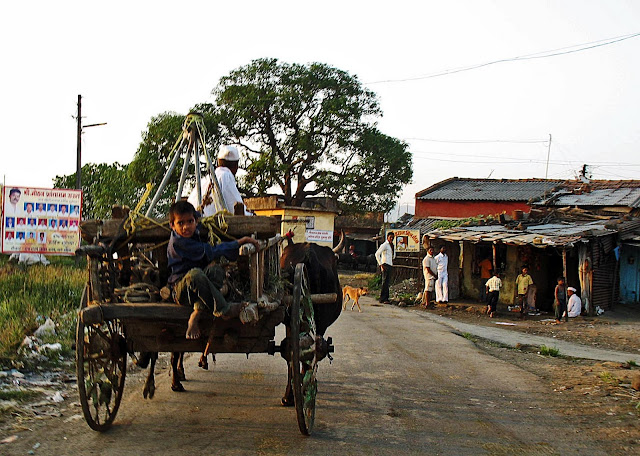 This is a couple with another man near Diwekarwadi. It is in a rural area where this can become the main mode of transport. If a family owns one, why travel in a bus? For short distances a bullock cart is fine! 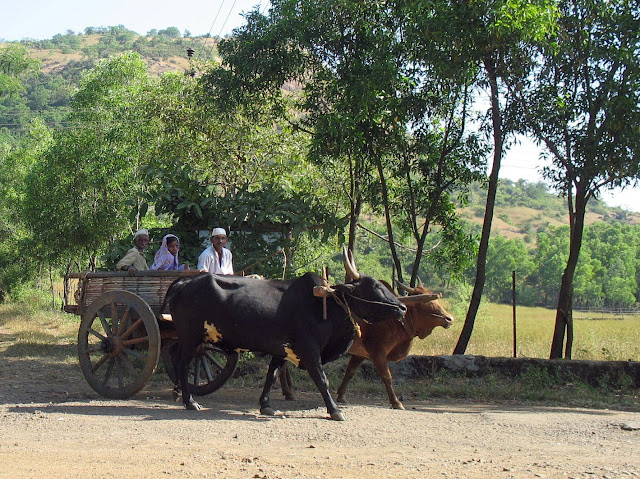 This picture was taken on a country road. A man sitting in his bullock cart, ferrying some wood to a destination. Another village nearby perhaps. Or to his own home. 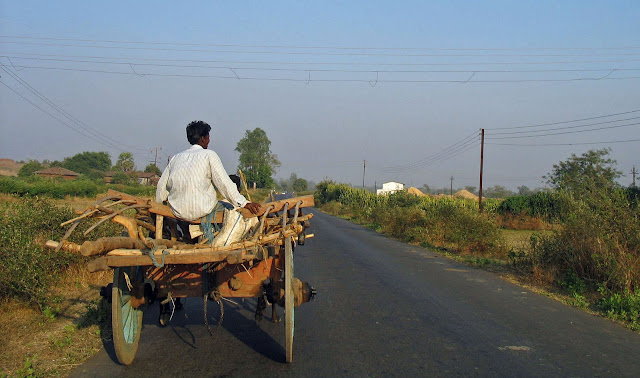 Bullock carts are also visible in Indian cities, but mostly for transporting goods, not people. The image below is taken in Pune where everyone is waiting patiently for the bullock cart to pass. 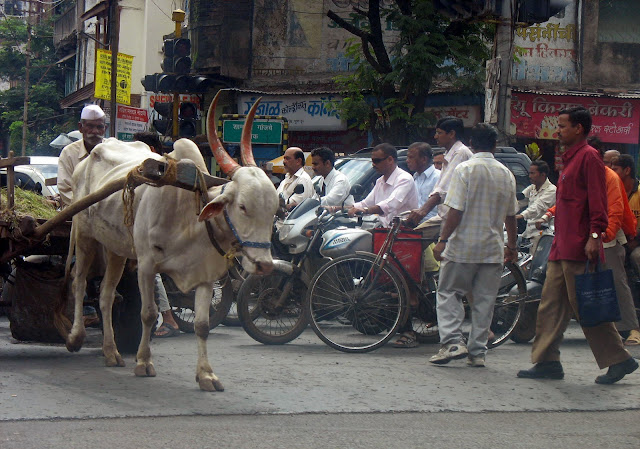 Related Images: Camel cart and Bullock cart  where you will see these carts transporting goods in cities.
For other forms of transport: Hand-Pulled Rickshaws or Cycle Rickshaws in India or Wooden hand carts with four wheels - Photos and Sketches or for a hand-cart with two wheels try this post: Wooden Handcart on a crowded city street