Beijing is a clean and organised city with wide walkways, broad roads and state of the art flyovers. There are cycle tracks and bus lanes and the traffic is organised. It is considered the political, educational, and cultural center of China, unlike Shanghai which is the economic capital.
Beijing is beautiful and the only problem is the pollution.

This first photo was taken as we were speeding on a flyover. A manual camera was used for this picture. 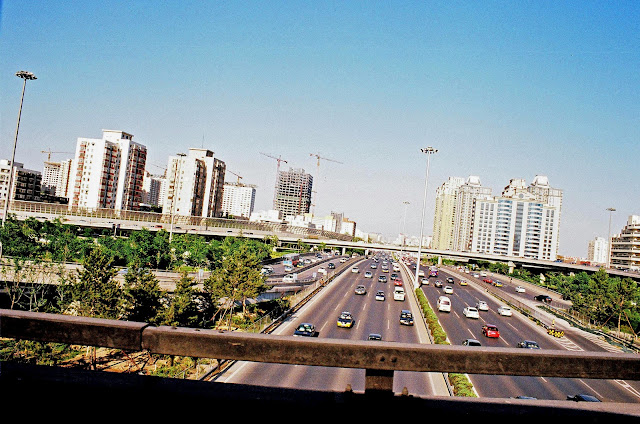 This is another shot of the same scene, this time from a digital camera and a different angle. 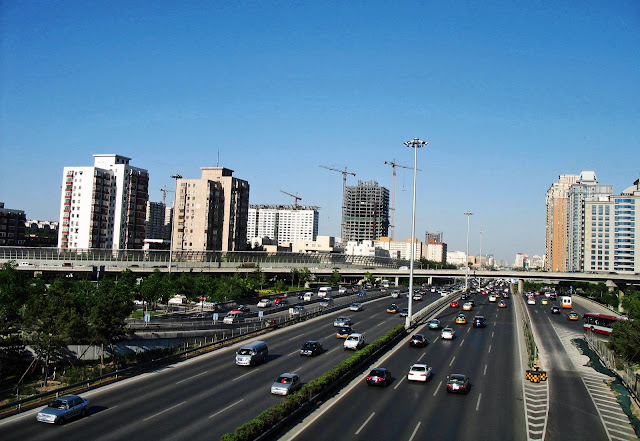 Another picture of the smart buildings in Beijing city. They look to be in the commercial district of the city. 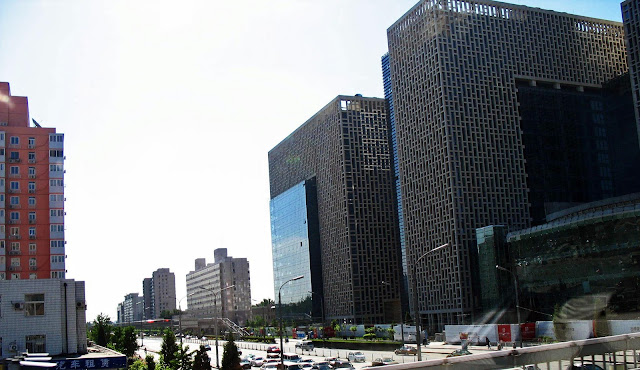 The photograph below is that of a bridge or flyover in Beijing with buildings as the background. In the foreground you can see a road curving towards the right. The cleanliness of the city is visible. 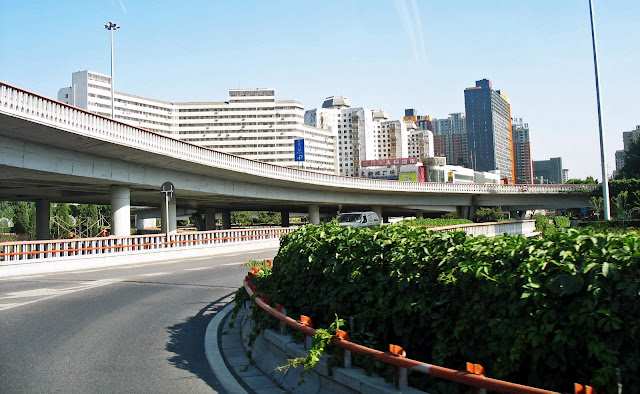 These are three commercial complexes in Beijing city. Two cranes in the foreground show that construction activity is in full swing. Beijing is relatively a new city, and it is growing. 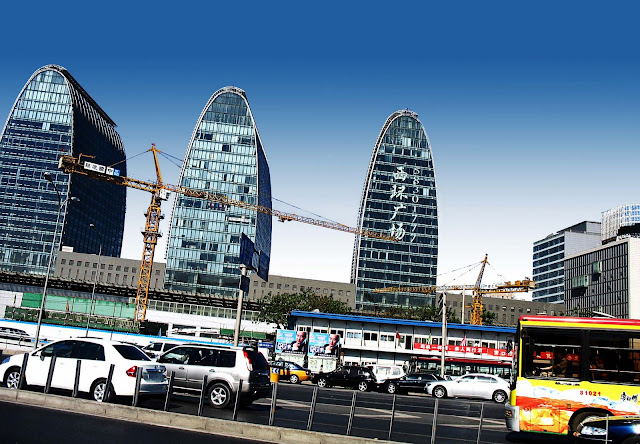 The image below is Beijing by night. One can say it's the  Beijing skyline. All the rest of the pictures were taken with a Canon digital camera. 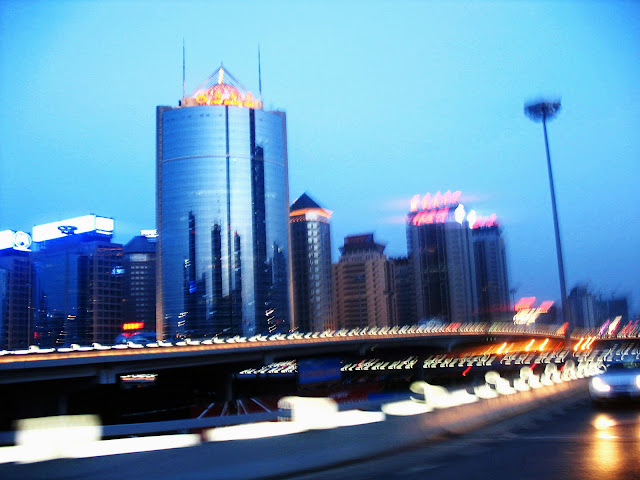 The picture below was taken from a flyover, from a taxi. In the background you can see the buildings of Beijing and in the foreground the railings of a bridge. To the extreme left of the picture you can see a part of the Birds Nest, the building that China built for the Olympics. This photograph was taken almost a year before the Beijing Olympics. 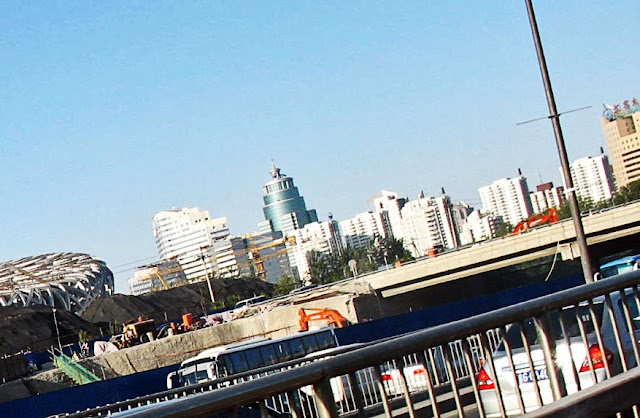