These are some funny signboards, most of them from different parts of India. They are funny for different reasons, mainly for their quaint and silly instructions!

This is a common and brazenly illegal method that people use to prevent people from illegal parking in Mumbai and Pune. No use calling the police so people take the law into one's own hands! At least the owner of this sign had the decency to mention the vandalism that lay in store for anyone who parked in front of his gate. In most cases there is no such warning sign, and often no "No Parking" sign either. 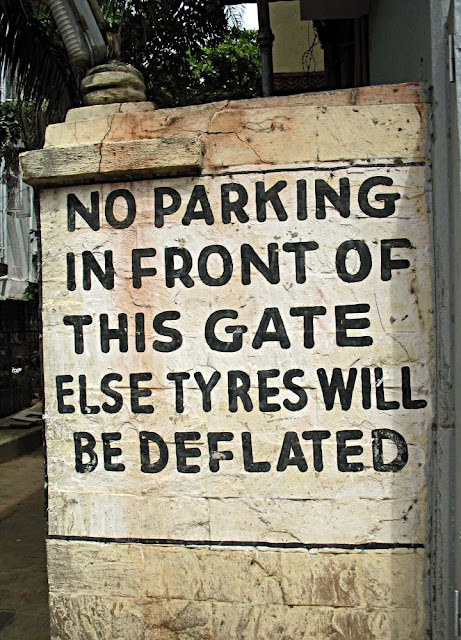 I wonder why people think that literate people follow instructions and laws!! Education has nothing to do with it! Fear does. And there is no fear of the police. 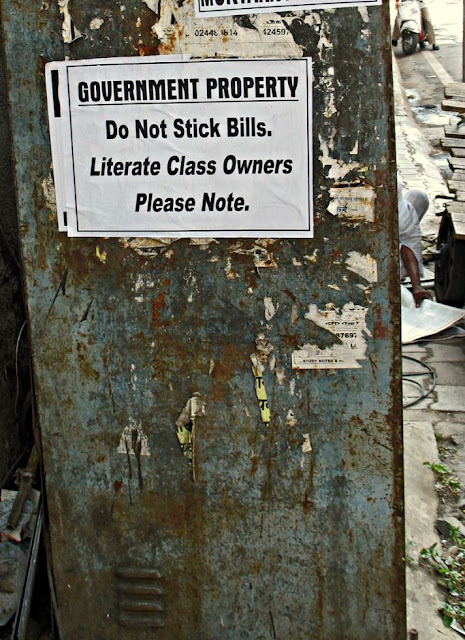 This sign was seen outside a lift, but not in India. Actually these signs explaining how lifts are to be operated should be put up outside every single lift in India. It is very inconvenient when people press the wrong lift buttons and the lift opens unnecessarily, causing delays and wasting electricity. Even educated people have no idea that to go up one has to press the "Up" button and to go down they have to press the "Down" button! It may seem common sense to people who have been using lifts for a long time, but for newbies it can become confusing! 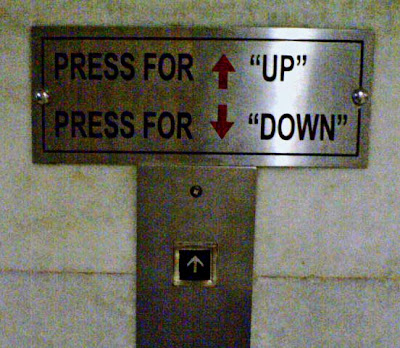 Another very obvious sign! Observe traffic rules!! Because the majority do not! 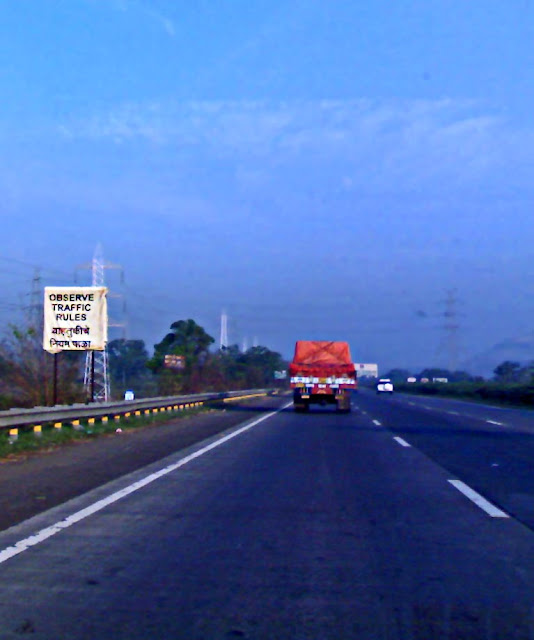 This sign chockfull of instructions at the Bradman cricket stadium in Sydney, Australia, may seem quite normal but its funny  because of the missing letters on the signboard at the right of the picture. In any case I wonder how they propose to evaluate whether a person is clean and tidy? 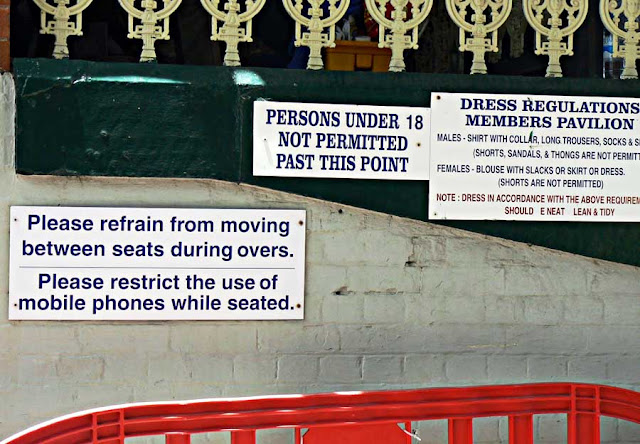