A cannon is any piece of artillery that uses gunpowder to launch projectiles in warfare. There are different types of cannons. Few people use the word cannon today and the word gun or guns is mostly used. What makes these weapons interesting is that they were the the firsts forms of gunpowder based weapons used by humans, and orginated in China. Soon the rest of the world started to use them. These weapons are now ancient relics and have been replaced by the use of aircraft guns and missiles.
This photograph is taken at the Daulatabad Fort near Aurangabad which was built by the Yadavas of Deogiri but later taken over by the Mughals in the 13th century. The fort in which these guns are found is built on a hill and is one of strongest forts of medieval India. Its defense system consists of a moat and high fortified walls. 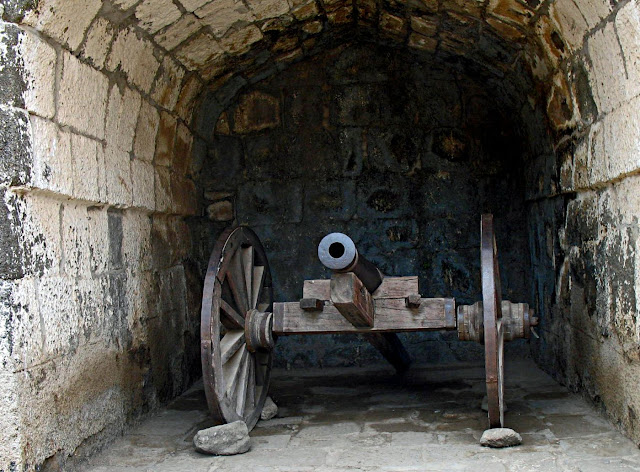 This large cannon is made of brass and has urdu or arabic inscriptions. Also at Daulatabad Fort. 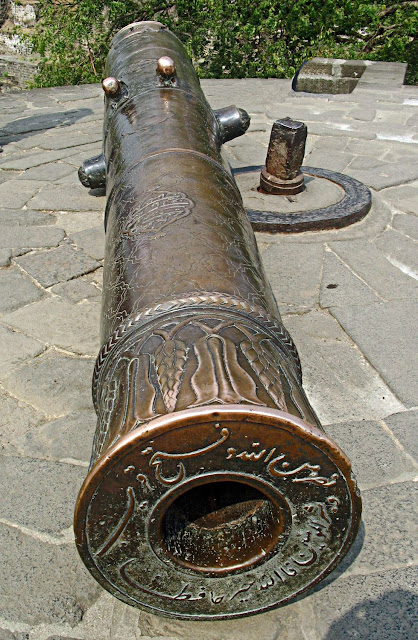 This light cannon was photographed at the Maharaja's palace in Jawahar town/village, also spelt Jawhar. It was a princely state. 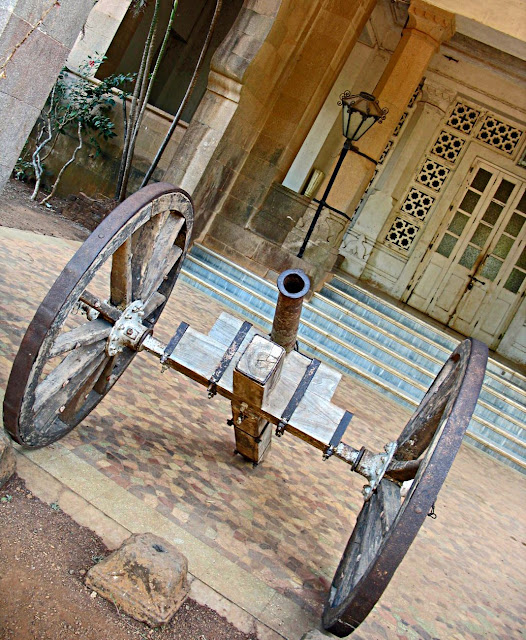 This photo of a relatively modern cannon gun was shot in Pune in the Army area. 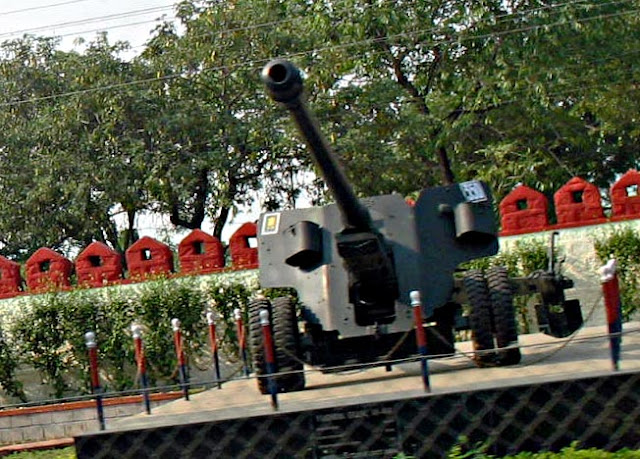