In some places like Pune it is customary for elderly men to roam the streets singing religious songs and making music. Manjira is the musical instrument they use, a typically devotional musical instrument. It consists of two brass or metal cups which are struck with each other in a regular rhythm or beat to produce a ringing musical sound. Manjiras are available in different sizes and also in different materials like brass, copper or even iron although brass is popular. These are invariably found in temples.
The men in these pictures are asking for alms as they sing devotional songs. They cannot be called beggars because they are not destitute. They are well dressed and well-fed, and often sleep in temples. The Manjira is hanging around the neck of the man in the middle. 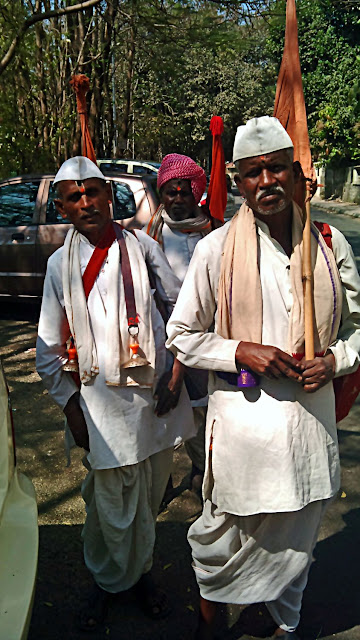 Here you can see the Manjira up close. The man is playing it, banging the metal cups against each other.

An old Hindu pilgrim on Indian streets playing the Manjira. 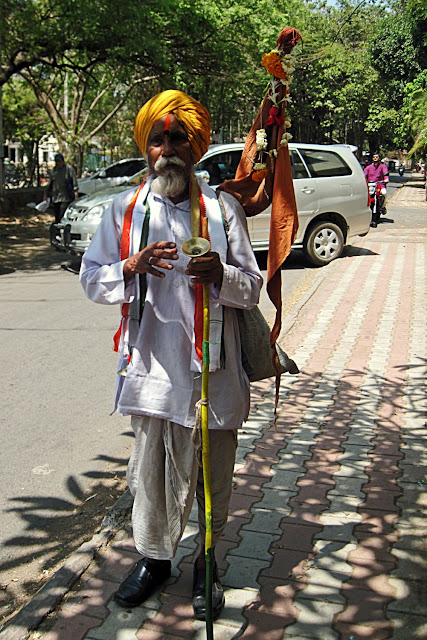 Related pictures:Holy man, Godman or religious baba or  The Tarpa Wind Instrument of Indian Tribes or Musician in the London Metro or Graphic symbolizing Music
Posted by Nita at Monday, October 10, 2011