Postcards written to Mahatma Gandhi without an address

These postcards reveal how great Mahatma Gandhi was. There was no need to write his address. People from all over the world simply wrote his name and the postcard was delivered to him. Those were the days when idealism and heroism ruled! Today the post office will discard any letters and postcards without an address however well known the person is!

This postcard is addressed to Mahatma Gandhi, India and is sent by a James Thomas Williams from Highgate in N.G. Not sure which country it came from. 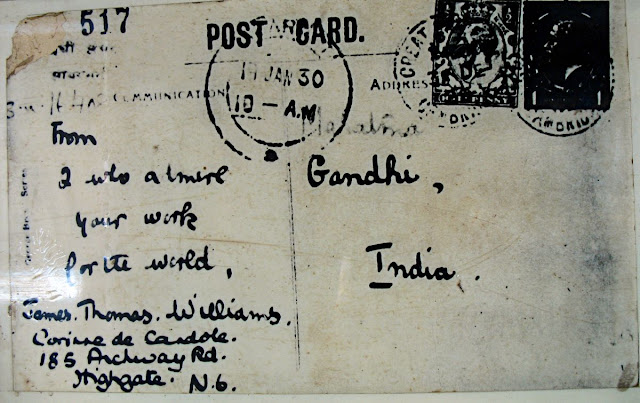 This postcard also just bears Mahatma Gandhi's name and the city - Poona as Pune was called in those days. What is interesting is that it also says "The Gandhi Prison"! There was a time when Mahatma Gandhi was imprisoned by the British and the sender of the letter did not know the name of the prison but he was smart enough to write "Gandhi Prison"! 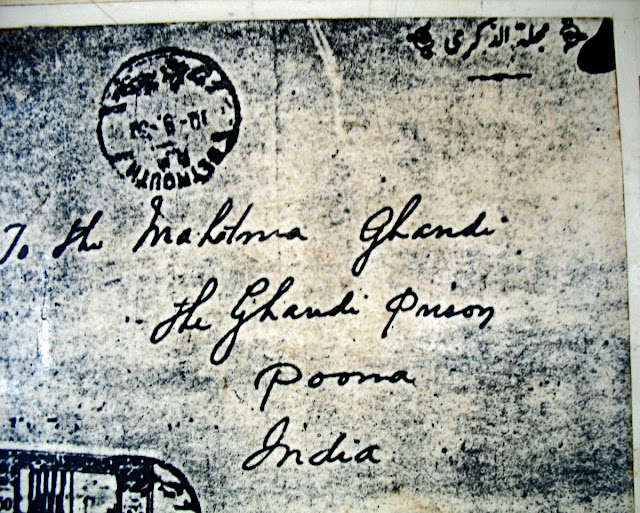 People from all over the world had heard of Mahatma Gandhi and wrote to him even though they barely knew how to spell his name. The previous writer spelt his name as "Ghandi" and this one writes "Ghanudi"!  This one is addressed to the city of kolkatta, which has been spelt the Indian way "Kulkutta." Even "Wardha" has been scribbled at the bottom right hand corner as the writer probably was not sure where Gandhi was. 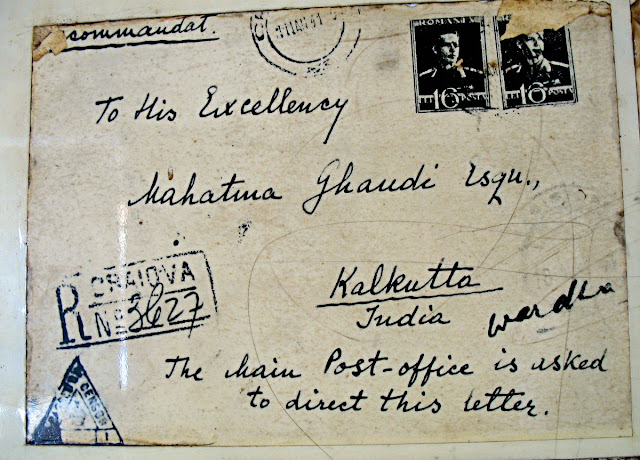 Another postcard written to the Mahatma without an address. 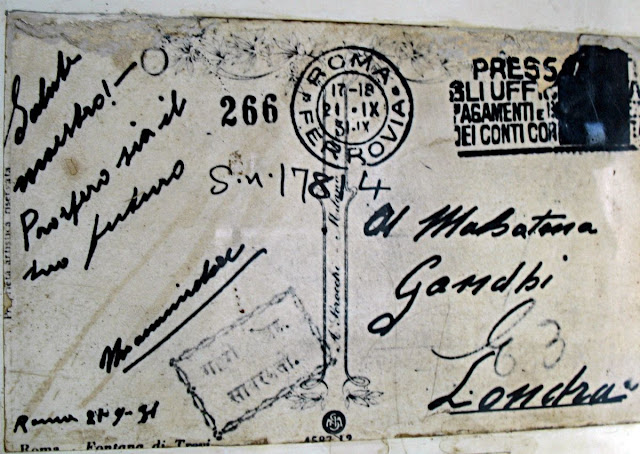 This one is the best. It just has a photograph of Mahatma Gandhi underneath the "To" 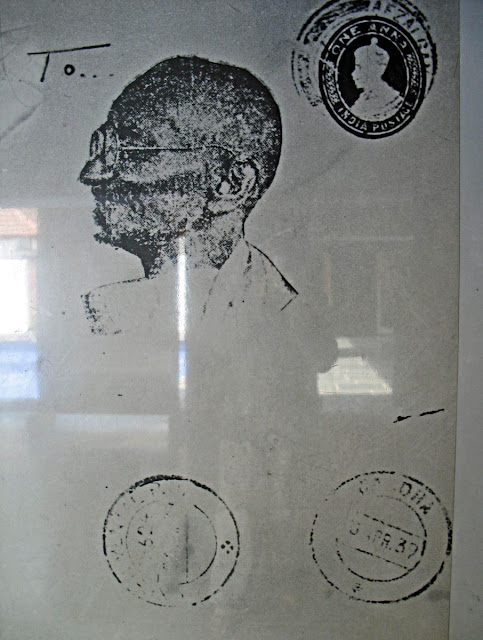 (These postcards have been put up at the Sabarmati Ashram in Ahmedabad which is a museum for Mahatma Gandhi.)