These are photos of VT Station in Mumbai, India. This abbreviation stands for Victoria Terminus, after Queen Victoria. The name has now been changed to Chhatrapati Shivaji Terminus, CST for short. It is a World Heritage site. This station is based on the Gothic style of architecture and was built by the British during British Rule in India. It was completed in 1887.

On a normal day it is impossible to get a clear view of CST due to the heavy traffic and the foliage.This photograph is a combination of three photos but even then the edges of the building are not visible.

The next two photographs were shot at the crossing. Despite the pedestrian subways, people still cross haphazardly on the road. 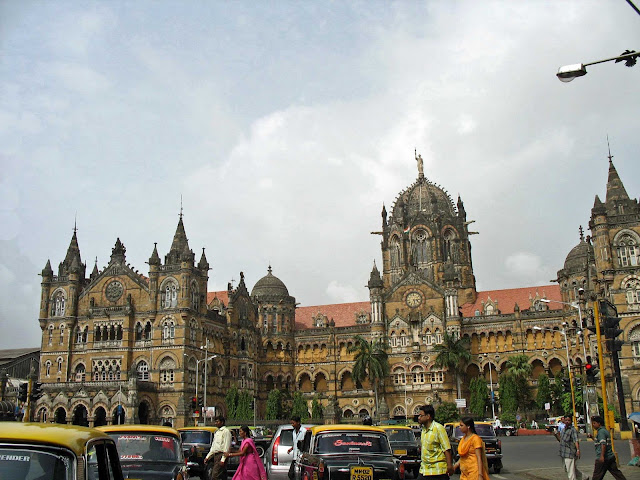 The picture below is a better composition, but the glimpse of the car at the bottom left hand corner spoils the picture somewhat. I quite liked the streetlight and the crow atop it. 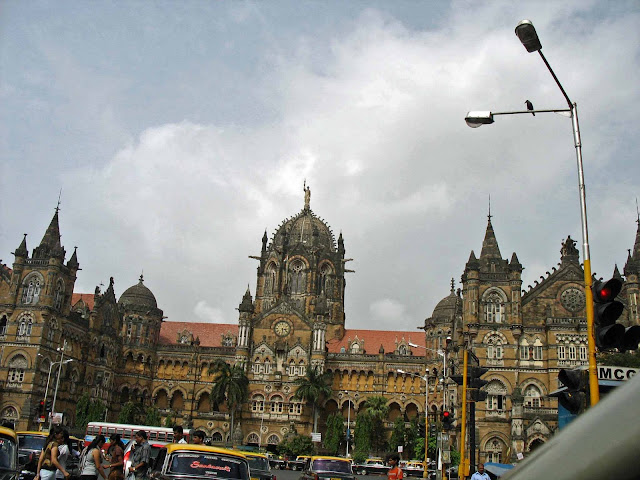 The next photograph is shot from another approach road to CST, Dr. DN Road. The photo was taken through the windscreen of a car. You can see the intricate carvings and arched windows on the inside of the building. 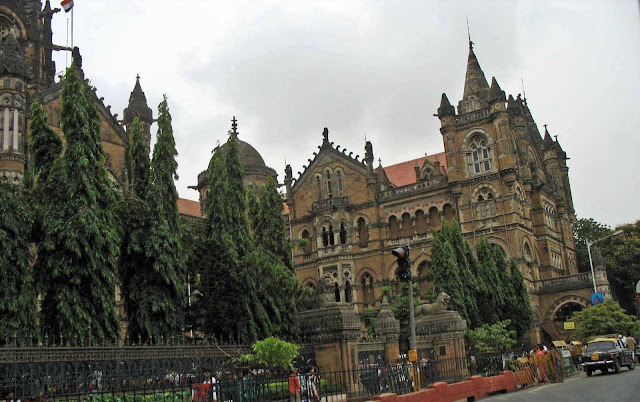 The ugly pedestrian subway is visible in front of the station in the image below. It looks like an infected boil. What is the government thinking??? 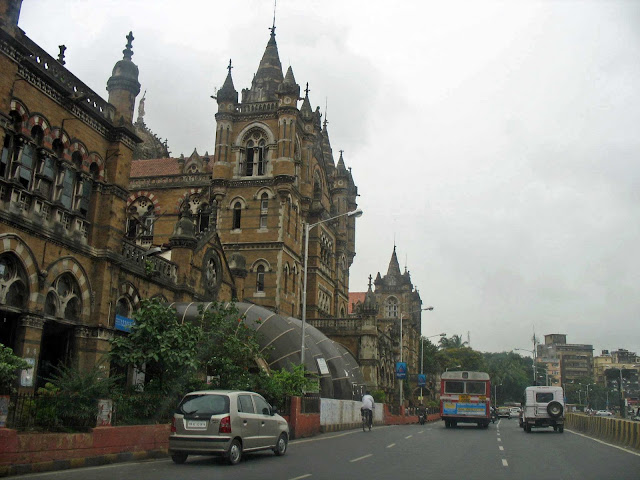 The last photo is a close-up of a part of the structure. Here too the intricate designs and carvings on the building facade can be seen. 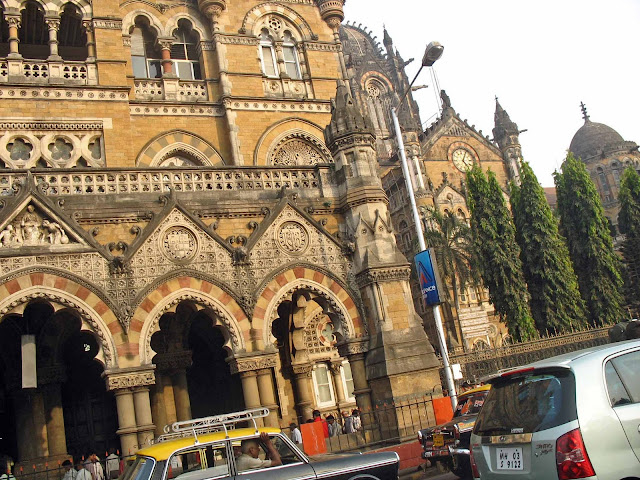 Related Images: VT or CST station sketch, illustration and silhouette
For other railway station interiors and exteriors: Mumbai suburban railway station pictures or photos of a platform at Mumbai Central Railway Station.
More related visuals:  Picture of a railway line in India or Ticket counter and queue at railway station in India or Railway Crossing in India or the Mumbai Municipality Heritage Building
Or click the label "Mumbai" below this post for more pictures of Mumbai or check out Heritage buildings from different parts of the world.