The Taj Mahal at Agra

These photographs of the front of the Taj Mahal at Agra were taken a few years ago. This is one of the wonders of the world. Entirely made of marble, the Taj Mahal is a tomb built by by Mughal emperor Shah Jahan in memory of his third wife, Mumtaz Mahal. This monument is considered a symbol of true love.

Taking pictures of the Taj in the midday sun is never a good idea as the reflection distorts the colours. The crowds of tourists thronging the place at this time also make it difficult to get a clear shot. But well, the Taj is the Taj and it looks marvelous even in too bright a light. It has a huge dome at the top of a white marble terrace and four minarets. 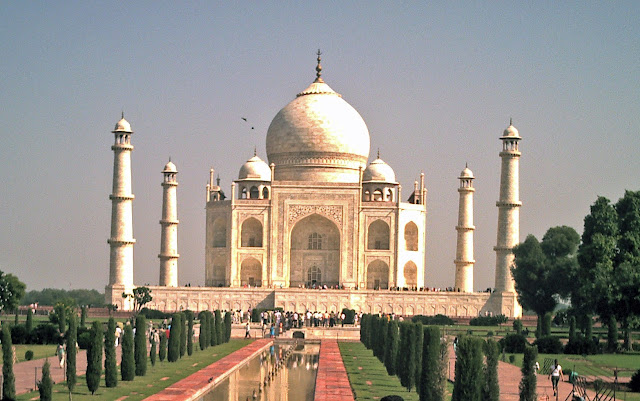 The Taj Mahal is a an example of Mughal architecture, a style that combines elements from Persian, Islamic and Indian architectural styles. 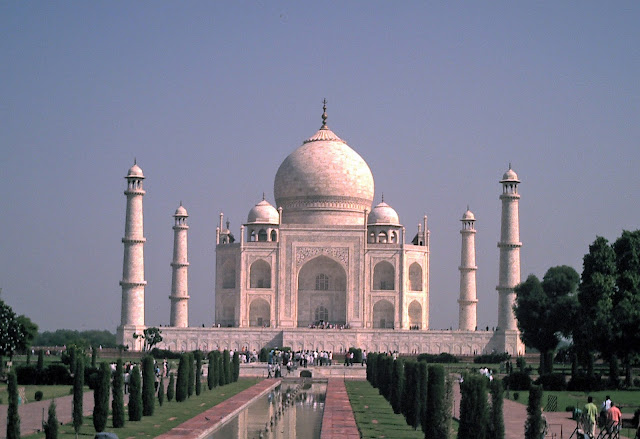 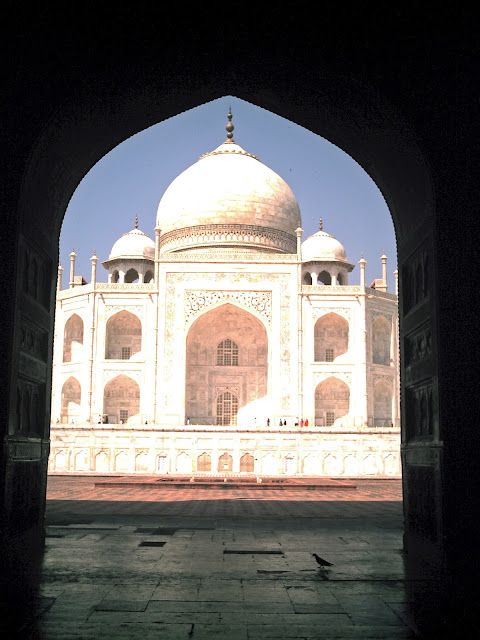 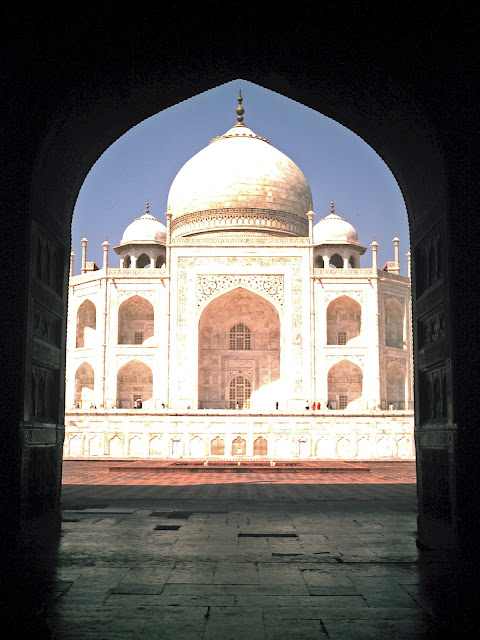 
(These photographs were shot by Purpler )