Clouds as seen from an airplane

These are photographs of clouds from a different vantage point - from up in the air, a bird's eye view. The real height and depth of the clouds once viewed from the top is different. 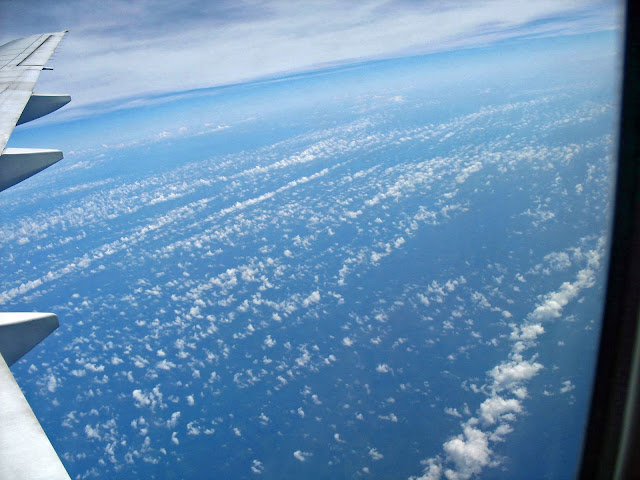 Usually though days are not that clear and there is more of a crowd up in the sky. But even this is a fairly cloudless day for the humans down there. 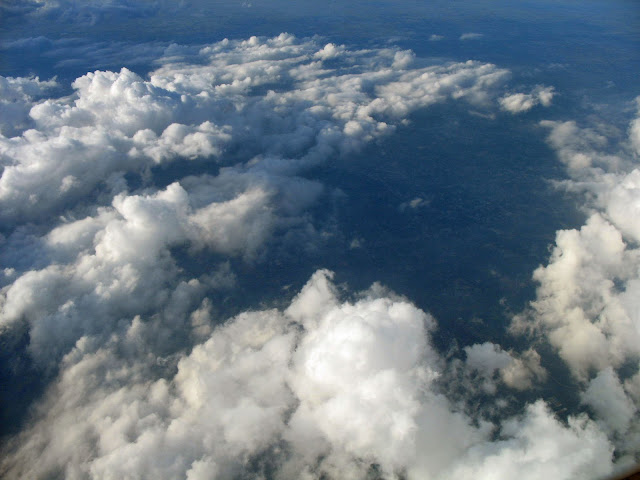 It's getting cloudier now, and passing through some  dark clouds. The cloud on the top left looks like a bunch of people gathered in a circle, celebrating something. Now that's a view you won't get from the earth! 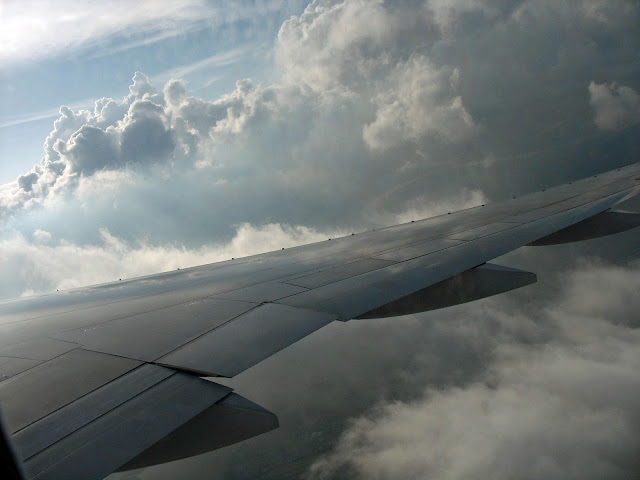 Clouds are pretty thick now. One can still get a glimpse of earth though in the next two photos. 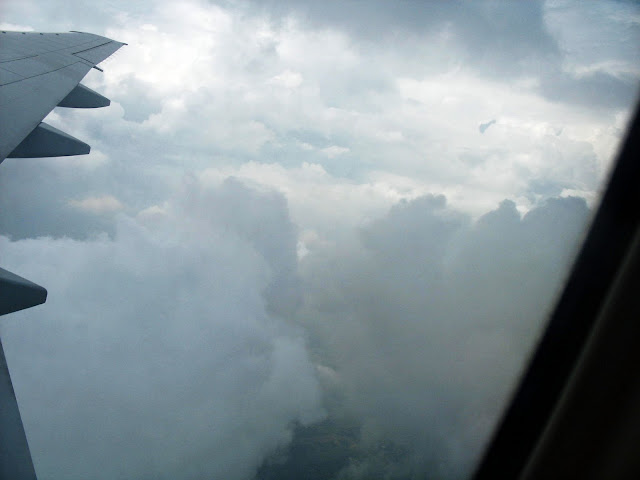 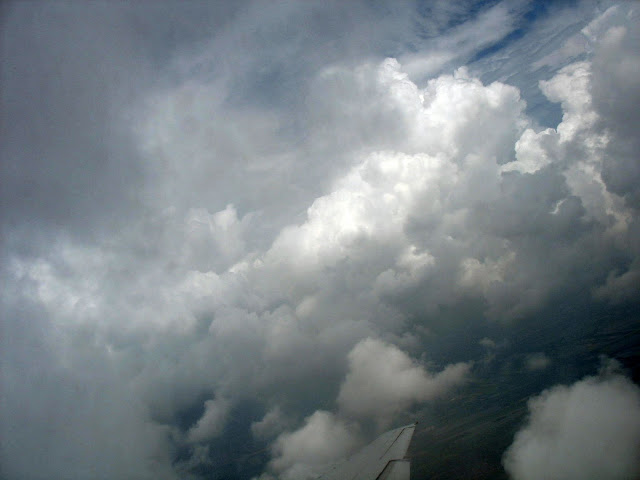 In this last image the aeroplane is heading straight into a very thick cloud. Going to be a bumpy ride. Inside such a cloud as there are air currents that can cause air turbulence. 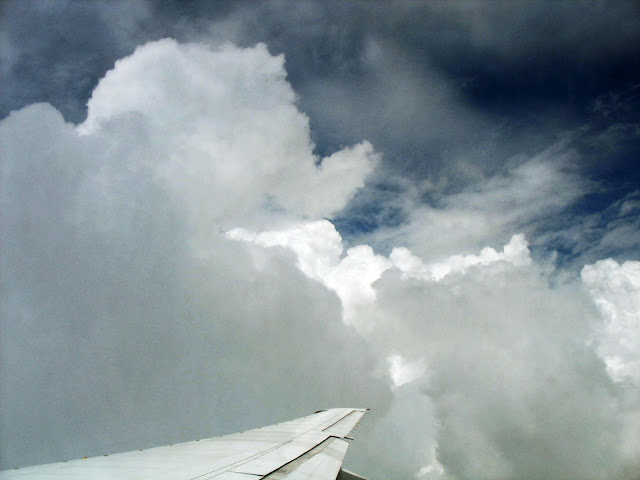 Related Images: A post on the Clouds, the sun, and Trees which shows the sun peeping out from behind the clouds and trees silhouetted against the dark sky. For pictures of some more rolling clouds try this post: Swiss Alps from the air or for just pretty clouds: Clouds with a silver lining