These are pictures of accidents of trucks, tempos, and motor cars involved in accidents in India. India has the maximum road accidents or traffic collisions in the world. A National Crime Records Bureau (NCRB) report statistics revealed that annually more than 140,000 deaths from road accidents occur in India - these are 2012 figures.

This first photograph is of a truck smashing into another from the back. Heavy vehicles are most often involved in major accidents. 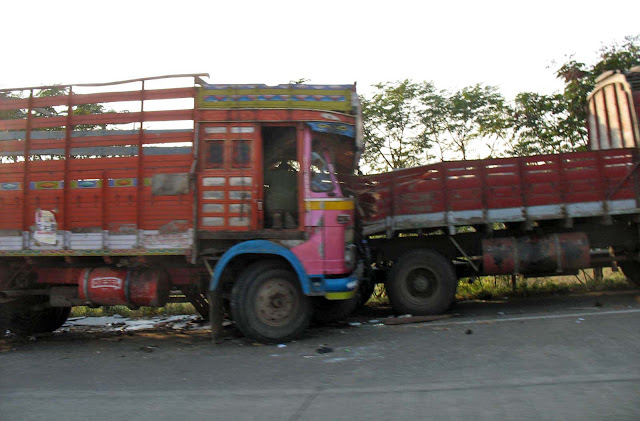 This tempo carrying flowers was in an accident with two vehicles, a truck and a car. The truck had been moved but the car can be seen in the photo after the next. 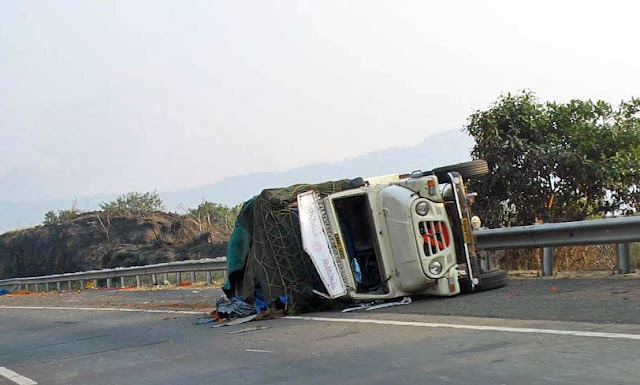 This is a close-up of the same tempo. 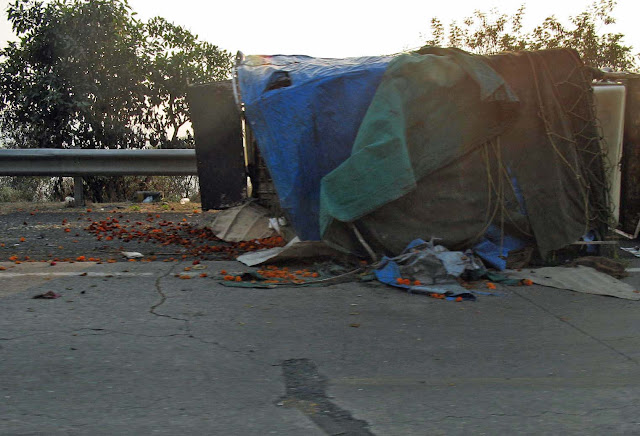 This is the car which was in the accident with the tempo. Three women passing by are staring and pointing at this badly smashed car. This looks like a fatal accident. Bystanders, gaping at a smashed and wrecked car. 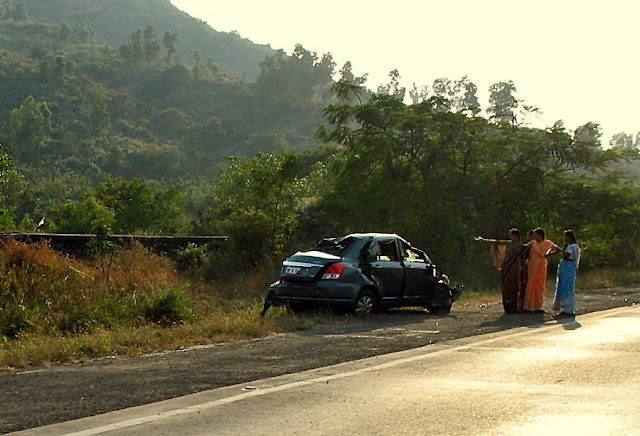 A wrecked car photographed in Mumbai city. It can actually be driven and I guess that is why the people in it are so kicked. 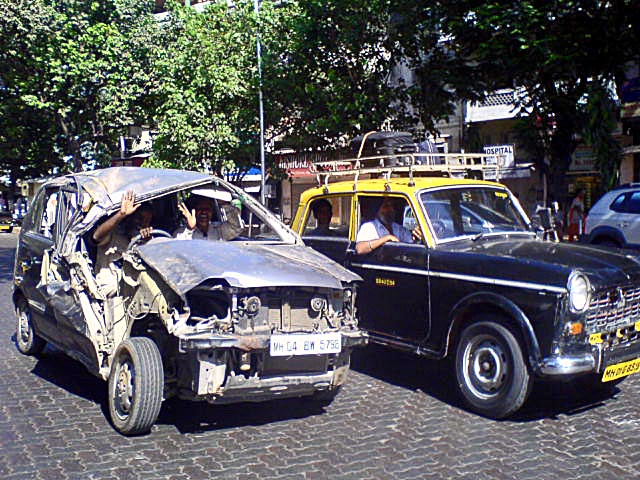 This Maruti van has climbed on the divider. Amazing how people drive! 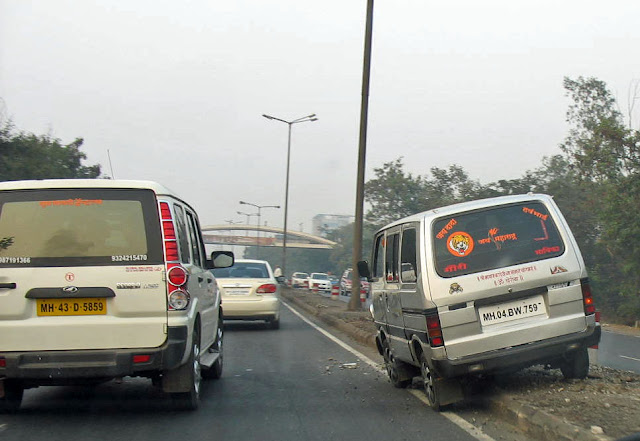 This truck lost control and went into a ditch on the side of the highway. 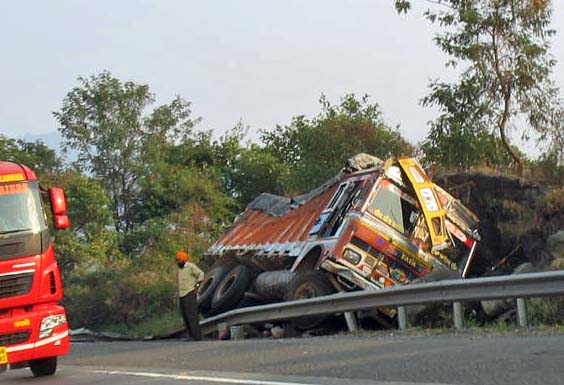 This picture, shot from inside the windscreen, didn't come out too badly. The foreground of the windshield and wipers made an interesting contrast with the overturned truck. It was a rainy day and the truck heavily loaded. 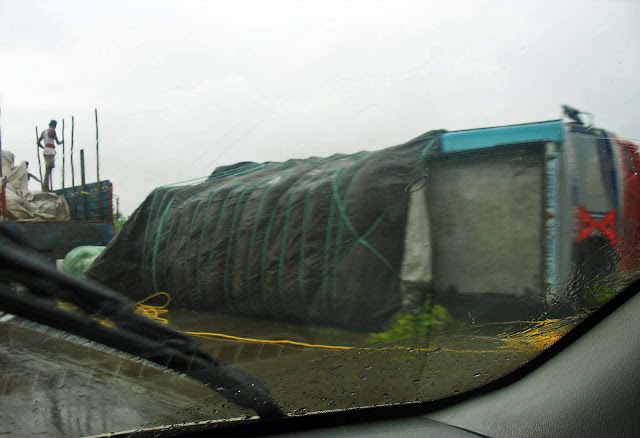 This photo is of a smashed car. It was in an accident in the city. 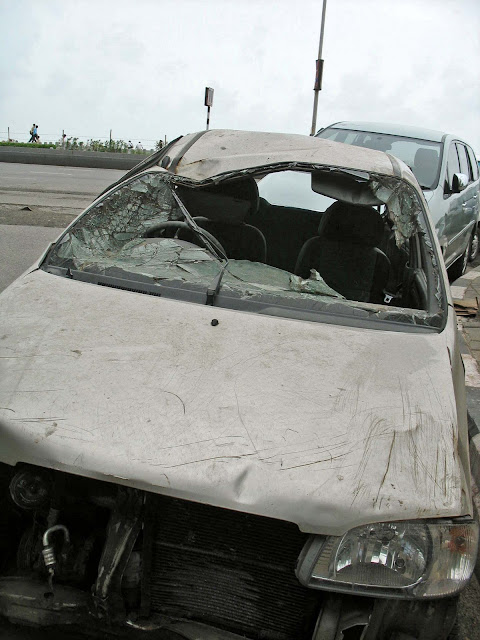 Related Images: Taxis and auto rickshaws crammed with people or Crowded and overflowing public transport or check out all images under the labels of Traffic or Transport