These are a series of photographs of Rupee notes, some of which are cut-outs. The Indian currency notes are of the denomination of one thousand, five hundred and one hundred. One of the pictures has ten rupee notes. 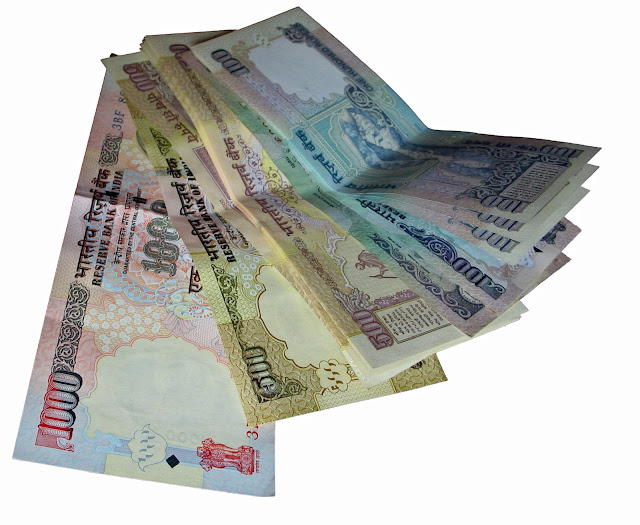 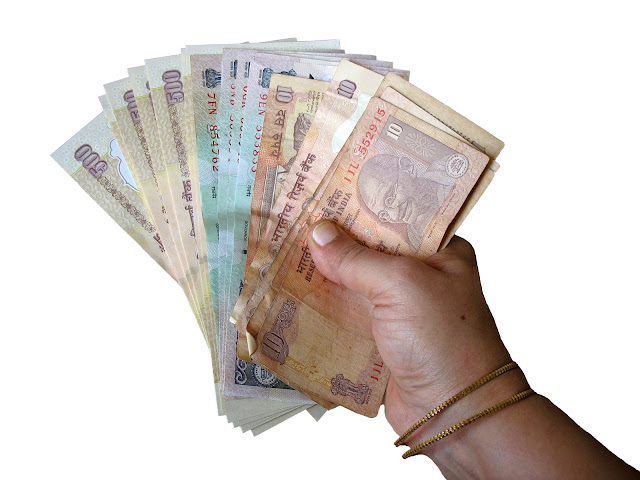 A bunch of five hundred and one hundred rupee notes lying around. A cut-out of the rupee notes. 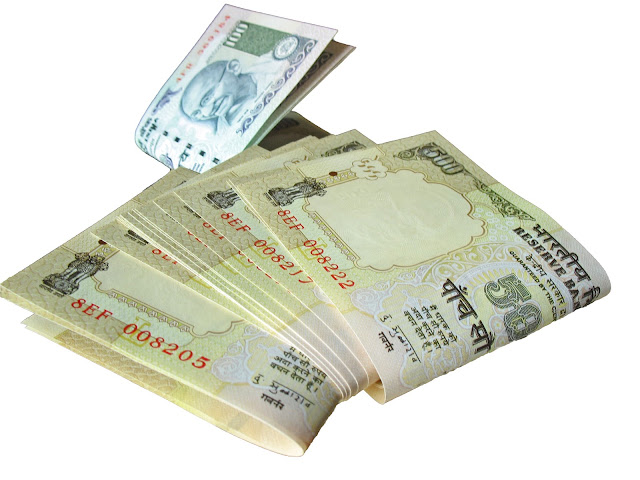 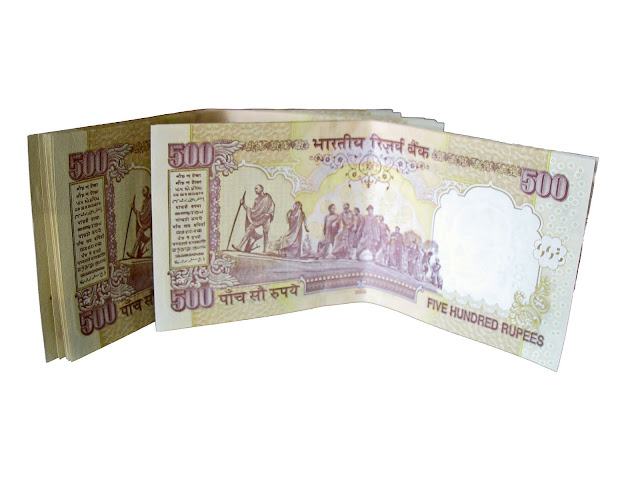 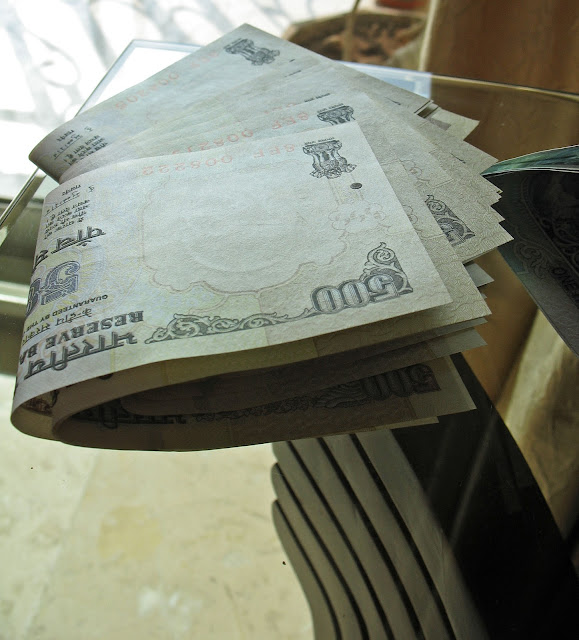 The next four photographs are close-ups of rupee notes on the background of a laptop. 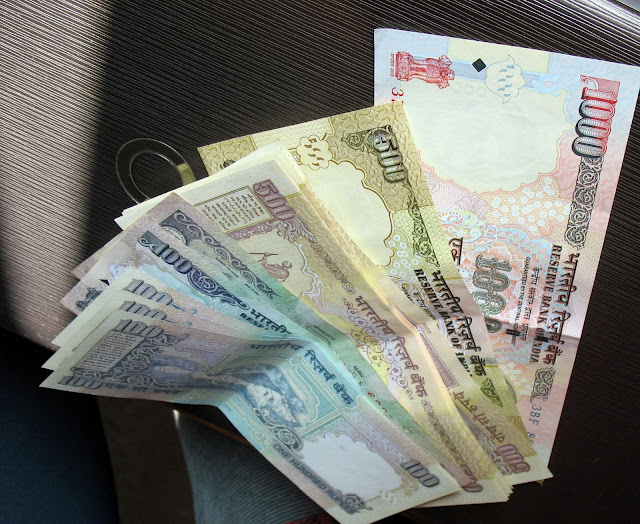 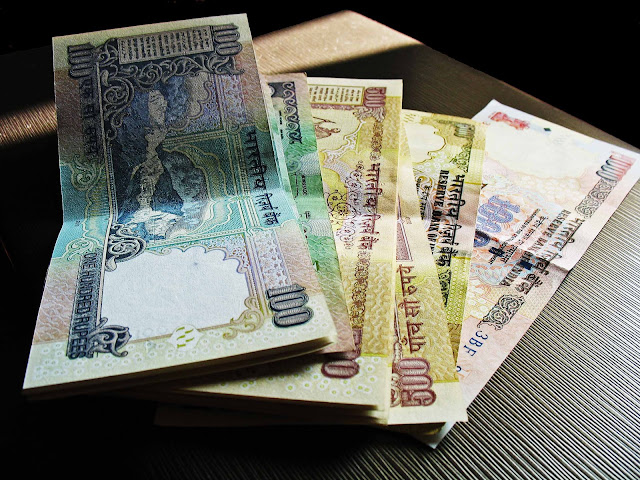 A similar photo of hundred, five hundred and a thousand rupee note lying on a computer. 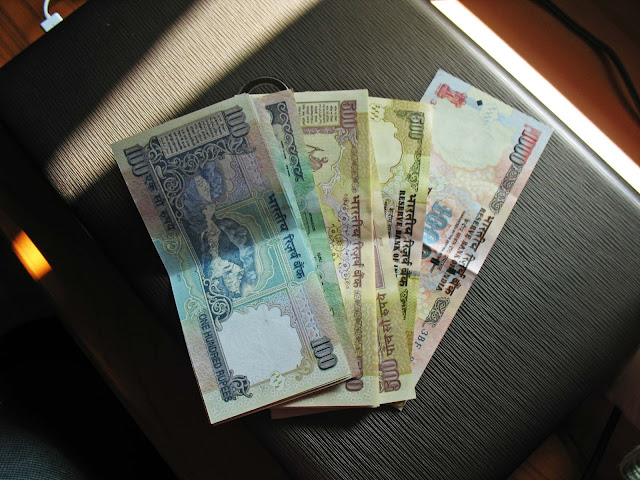 This last photo has the bunch of rupee notes lying on a laptop on a desk. A chair can be seen to the left of the notes. A picture of rupee notes in the foreground and a laptop, a chair and desk as a background. 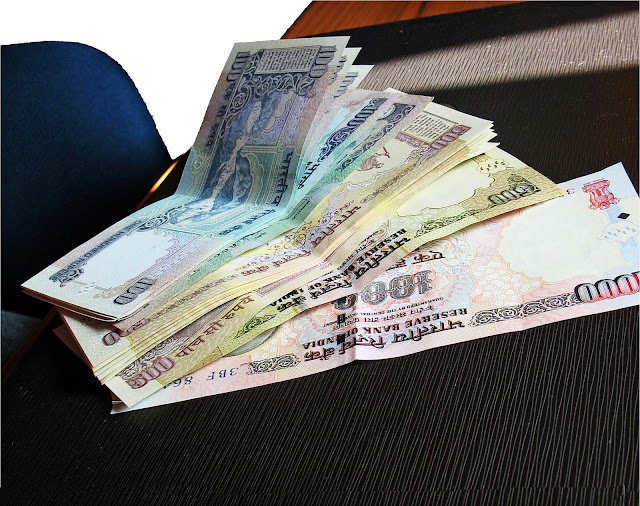