These are sketches and silhouettes of Indian tribal woman. They are based on photographs taken by me, of tribal women in Maharastra, India. The links to the original photos are at the bottom of this post.


This sketch shows a woman carrying a bucket of water on her head just outside her village near Khopoli in Maharashtra. Tribal women usually dress comfortably, with saris doubling up as knee-length skirts. The waist is usually bare. This makes it easier for the women to do physical work. Often, they work harder than the men. 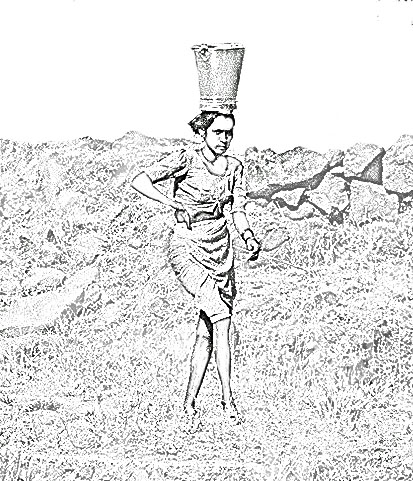 The tribal woman in this sketch is a coolie, waiting for customers. She is wearing the typical Maharashtrian nine-yard saree, but the pallav is tied to he waist so it is out of the way. She has a cloth around her neck, which she uses to cushion the weight of the luggage. The original photograph was taken in Matheran, Maharashtra. 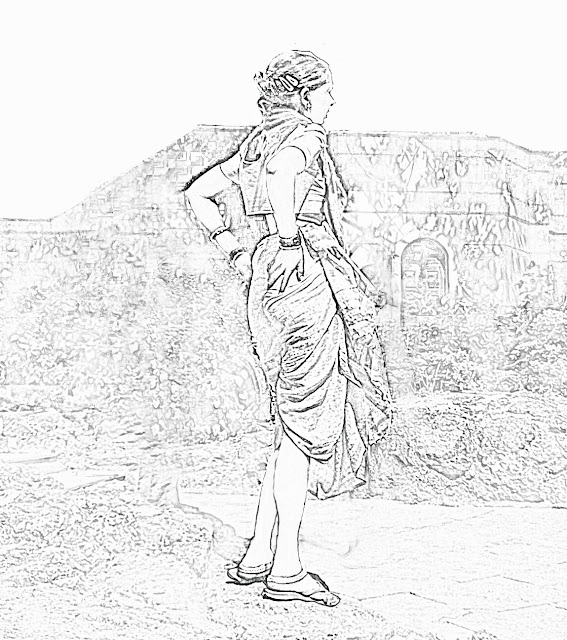 This sketch shows two village woman carrying several pots of water on their heads. The women can balance out several pots on their heads and walk long distances. The woman at the back is older and wearing the nine-yard sari and the younger woman is wearing the six-yard one. Six yard saris are less revealing although they are also cumbersome if one has to do physical work. The picture was taken on a highway in rural Maharashtra. 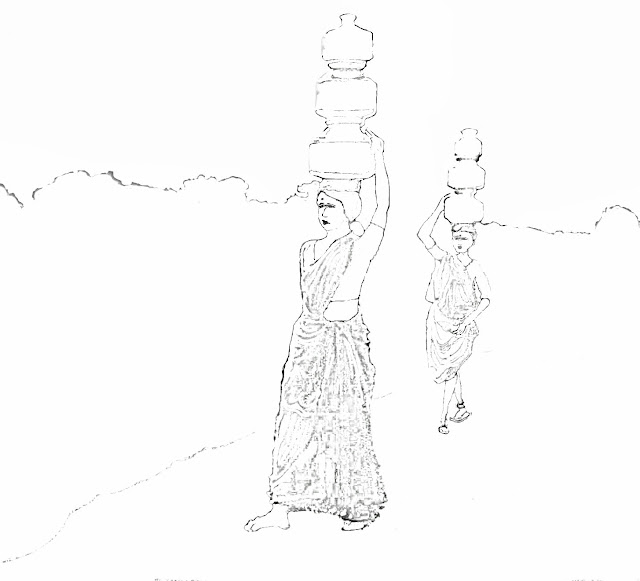 The images below are silhouettes of the same pictures. 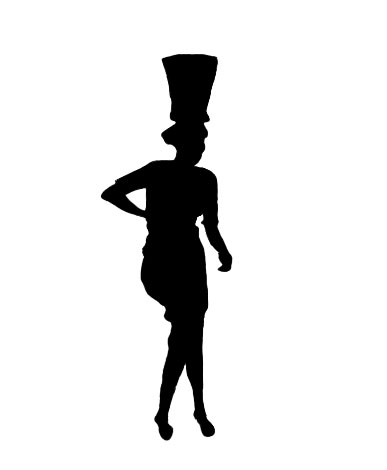 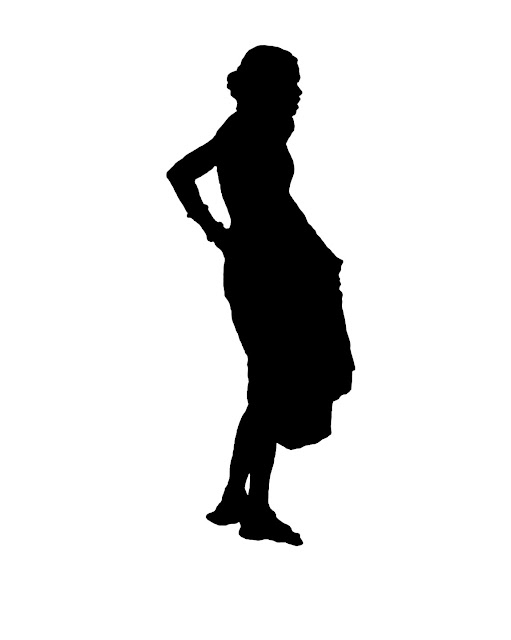 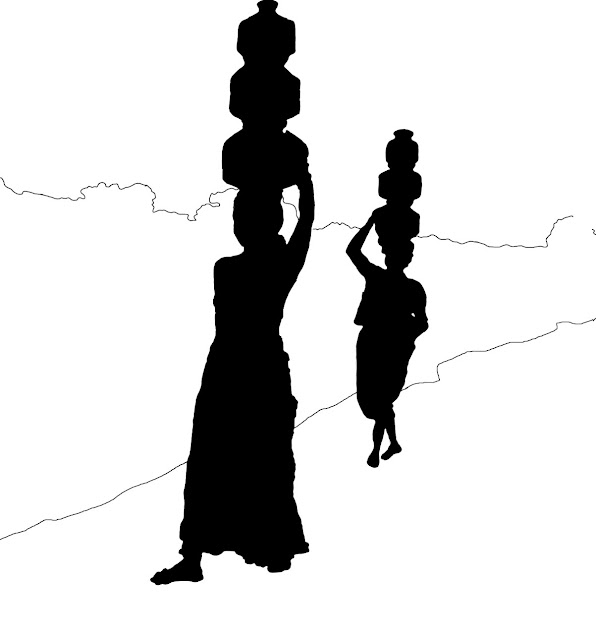 All the above sketches and silhouettes are based on actual photographs. These photos can be found in the posts below.

Try the label Silhouettes or the label Sketches for more silhouettes and sketches
Or for related photographs: Urban women workers carrying loads on their heads or Tribal women in India or Women filling water from village well in India or Village women in Gwalior District, India or Rural women carrying water and firewood