Carvings of the Aurangabad Caves

The elaborate and intricate carvings on the walls and temples of the Aurangabad caves is worth seeing and not just because it is more than 14 centuries old! These carvings are to be found in the 12 artificial rock-cut Buddhist cave shrines which are located on top of a hill near Aurangabad, Maharashtra.
These carvings are a spectacular representation of Indian Classical Art.

The figure, possibly of Buddha with two female attendants or consorts. All around the figures which have been carved into the soft rock you can see flowery designs and pretty borders. 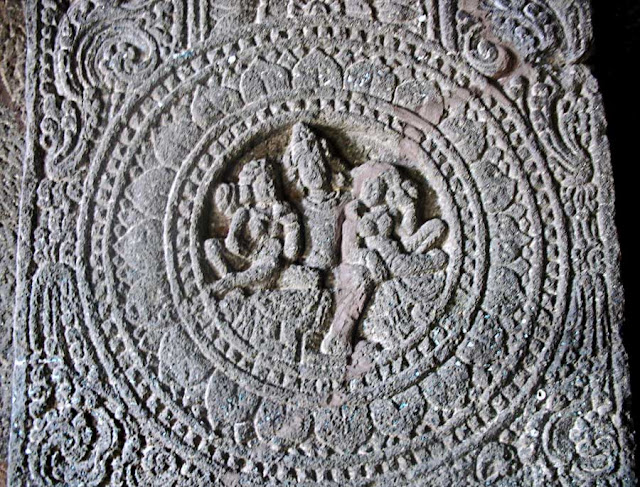 Another figure of a couple surrounded by motifs from nature like leaves and flowers. Some remnants of colour can be seen on this eroded rock face. 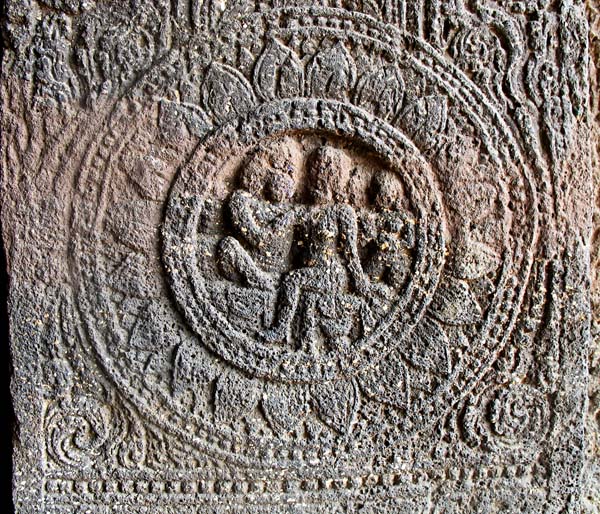 A similar carving on the rock temple pillar, with three figures. A couple and another femaile. Flower and leaf motifs. 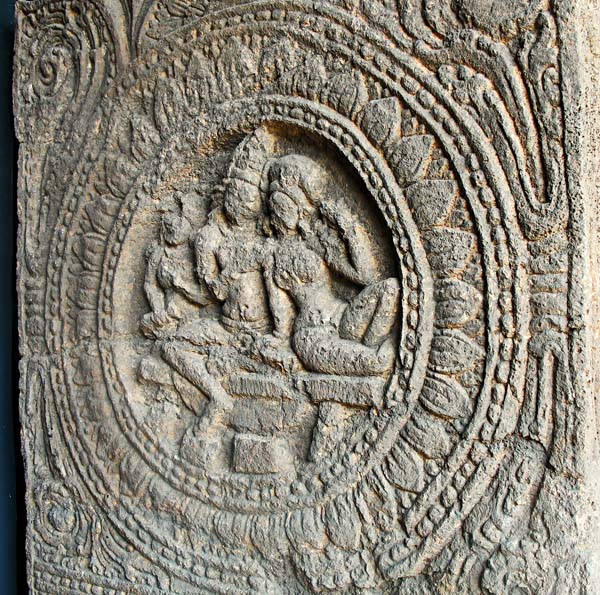 Geometric designs and patterns on the pillar of this Buddhist rock temple of Aurangabad Caves. 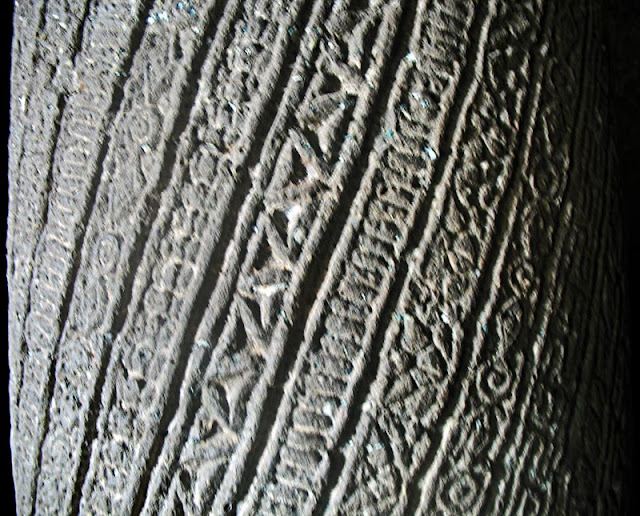 Related Pics: Check out all images from Aurangabad Caves of their exterior and interiors.
Also images from the Ajanta and Ellora Caves. Or try the label "Buddhism" for sculptures and shrines of Buddha from different parts of the world.