Here are images of three well known regional newspapers published in the local languages of the area. '
The Dainik Jagran is a Hindi newspaper, and said to be the highest selling newspaper in India and is mostly sold in the Hindi speaking states. 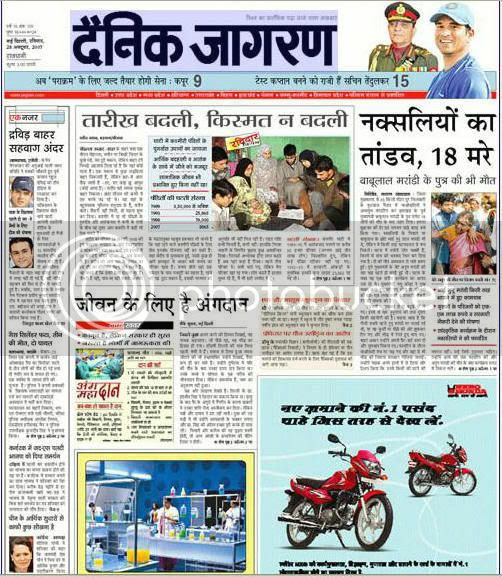 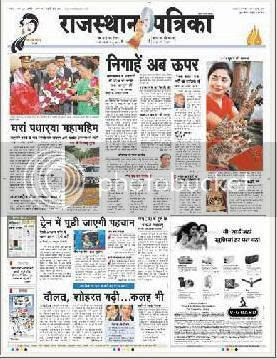 Lokmat is a Marathi newspaper and mostly sold in the state of Maharashtra. 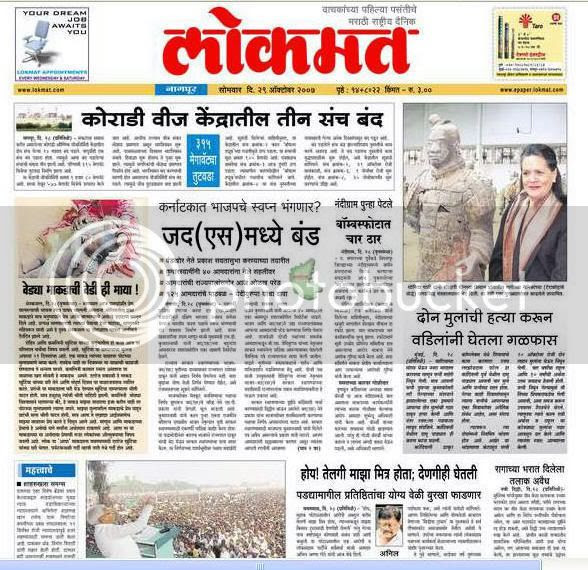