These are photographs of some Eunuchs or Transvestites on the streets of Mumbai. They are also called Hijras in India, and the ordinary public fears them. This is because the hijras often browbeat you at traffic signals, hit on your car windows and demand money. People in air-conditiioned cars get away easily but those on two-wheelers and traveling in rickshaws or cabs are forced to shell out money. The Hijras also arrive at homes and make a racket, forcing people to pay up. They are not shy of humiliating you if you don't pay.

On the other hand, not all the eunuchs are aggressive. Their lot is actually very sad as they are deprived of basic human rights (which often forces them to beg). No one wants to give them jobs.

This is a eunuch in a pink saree. She is one of the good-tempered hijras I have come across. She just giggled shyly when I took out my camera. Indeed, she came across as a gentle soul. 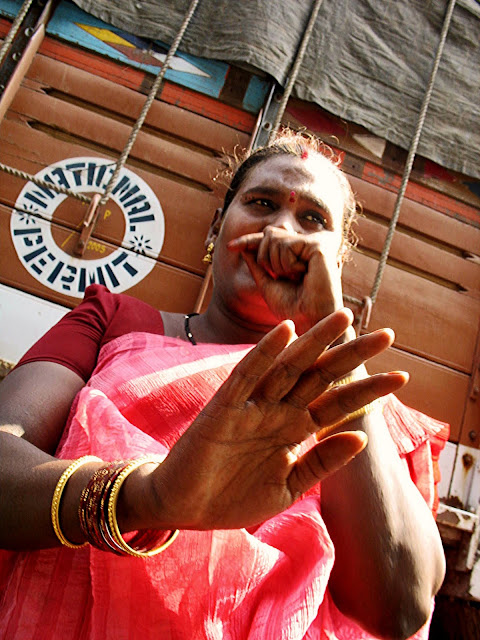 This eunuch was quite aggressive and showed annoyance when I tried to photograph her. However it was a sure-fire way to get rid of the hijra beggar! A street kid selling flowers looks on curiously as I take the photograph. Something very very sad in the eyes of the street kid. He was not with the hijra, just a lone little boy going from car to car selling flowers. 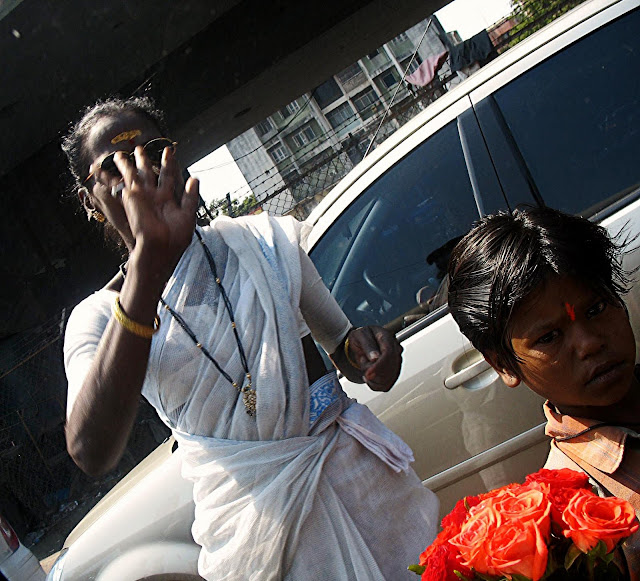 The eunuch has turned her attention to another car, and is begging for alms. The boy now looks at me even more curiously. His eyes tell a story of sadness and pain. More poignant eyes I have not seen! 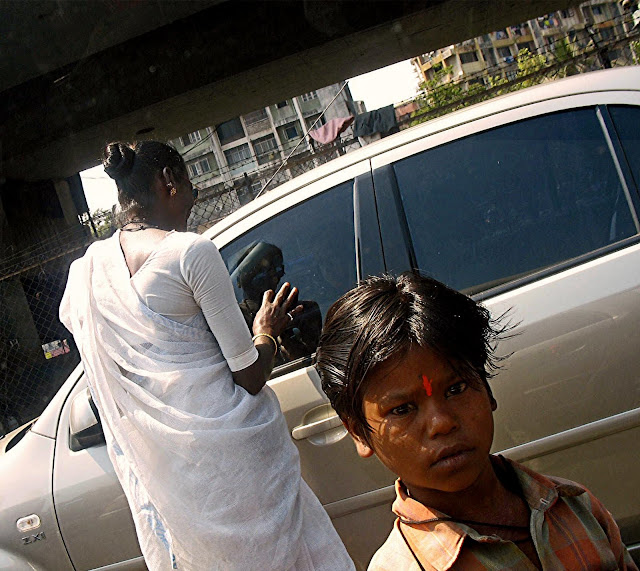 Another hijra begging at a traffic signal. 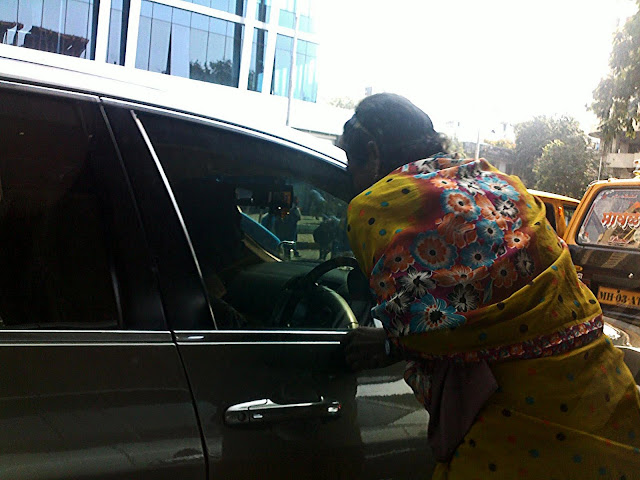