These are close-up pictures of parts of an airplane. The body, the nose, the side, the tail and the wings of an aircraft.

This is a close up view of an aeroplane from the one end. It was taken from the back airstair or aircraft boarding staircase. A part of the wing is visible, as are the oval windows that become smaller and smaller as they go off into the distance. 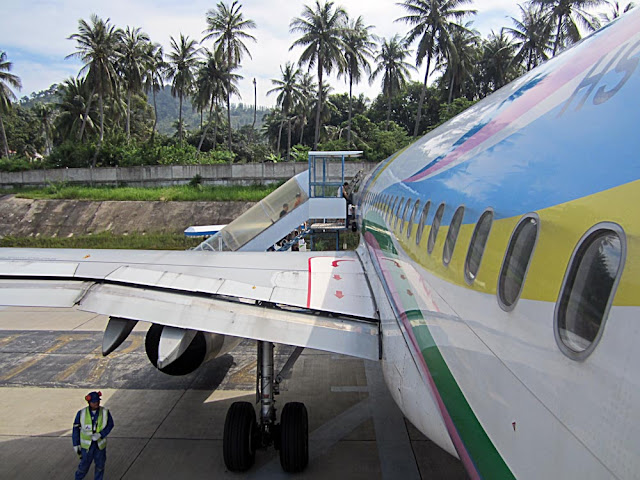 This is the nose of an airplane with the two dark windows which look more like dark glasses. Behind this is where the pilots sit. 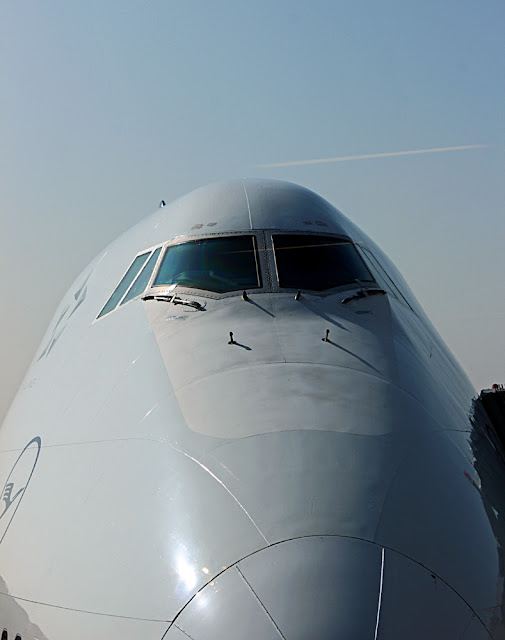 Another view of the sleek body of an aircraft from the nose in the foreground. The small oval windows can be seen on one side. 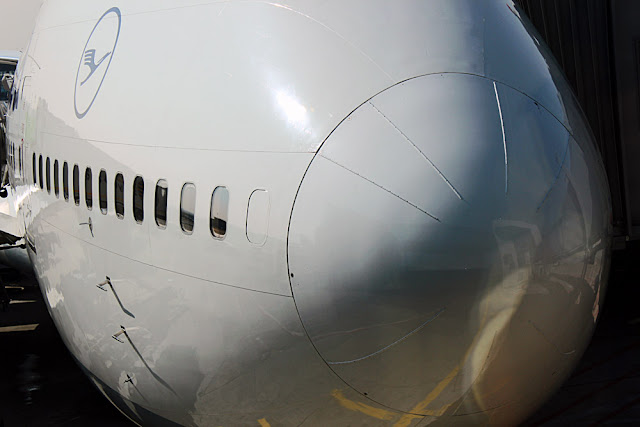 A glimpse of the front wheels of an aircraft alongwith the nose. 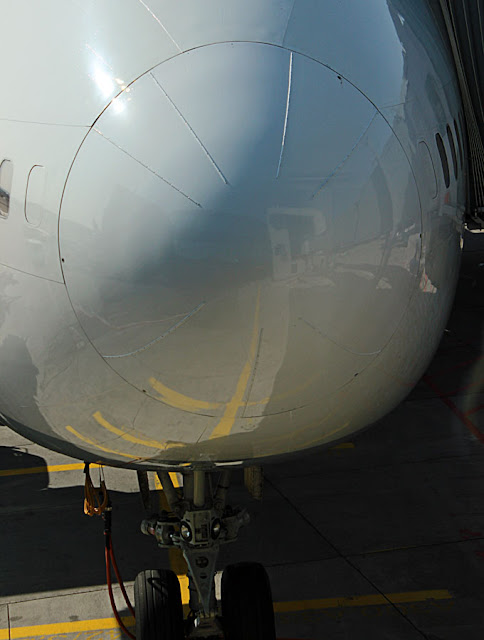 This image is a photograph of the television screen on the front seat as we were landing. The front wheel of the airplane can be seen as it nearing land. Some aircraft have a camera underneath the body of the plan which captures the landing and the wheels touching down. And some show the tape to the passengers. 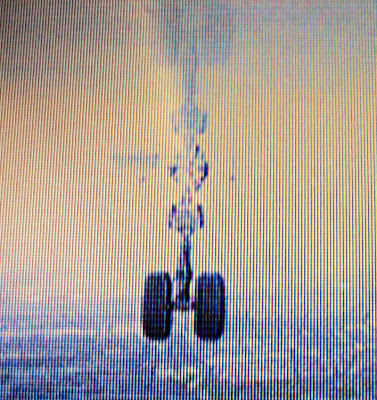 The tail of the aircraft and the small wing like structure at the back. 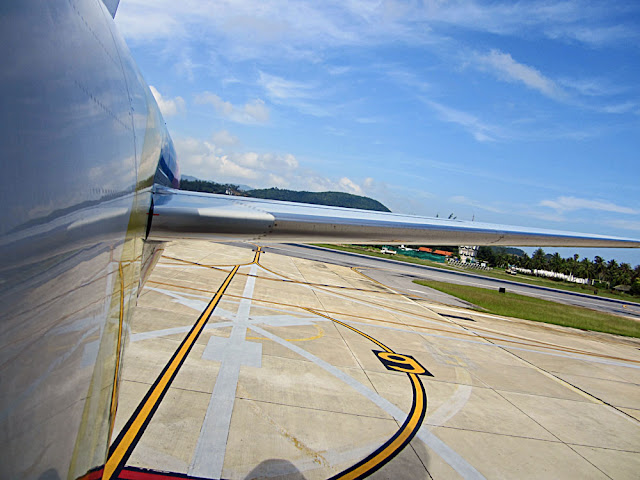 This is a picture of an aircraft's wing from a window when it is flying. As it is about to land you can see the changes happen in the structure of the wing. The flaps seem to be opening. 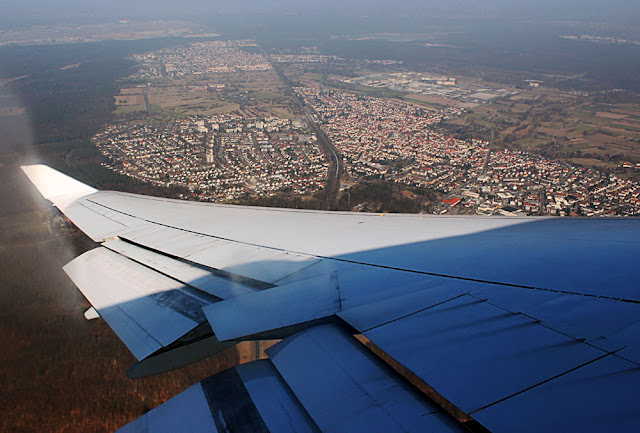 This picture was shot from the aircraft window as the plane was landing. You can see the parts of the machinery underneath the wing exposed. These flaps usually open up when the plane is landing to reduce the speed of the aircraft.


Another shot of an aircraft wing flying among the clouds. 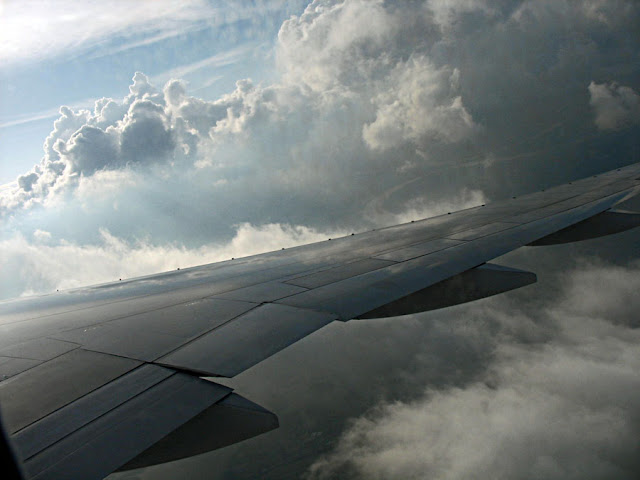 The image is a long shot. A large part of the plane wing forms the bottom of the image and gives it a dramatic touch. It was shot at  Bangkok airport and the wing flaps are closed.

Related Images: Aircraft boarding staircase or Airstair with people boarding
For images of the interior of an aircraft and aircraft passengers: Inside of an Aeroplane or inside of an airport: Airport Lounge with people waiting or silhouettes of Travelers or men with bags
Airport Photographs: Bangkok Airport - Pictures or Photos of Chennai Airport or Goa Airport pictures or Mumbai Airport (photos of the exterior of the airport building, from the outside).