Different types of grass is dried, and stored and is used as animal fodder for livestock like cattle, horses, goats, and sheep eat hay. Rabbits and guinea pigs or pigs also munch hay.
These are photographs of haystacks in rural India. Both men and women work on cutting the grassy vegetation, drying it in the sun and then storing in heaps. Later it is packed is made into compact hay bales with the use of machines. 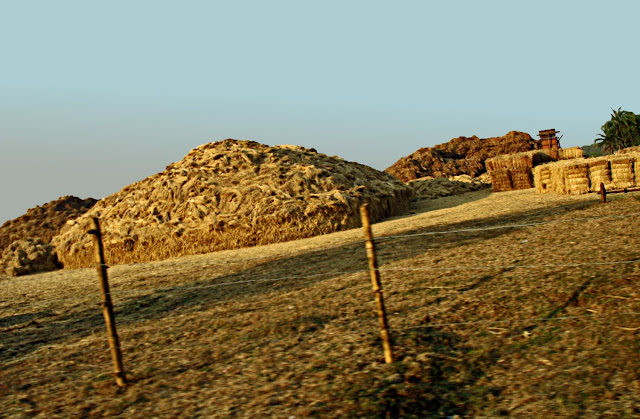 A neat row of bales of hay next to a large heap of hay. Hay stacks in the background and cattle in the foreground. The cattle pulls the bullock carts which transport the hay. 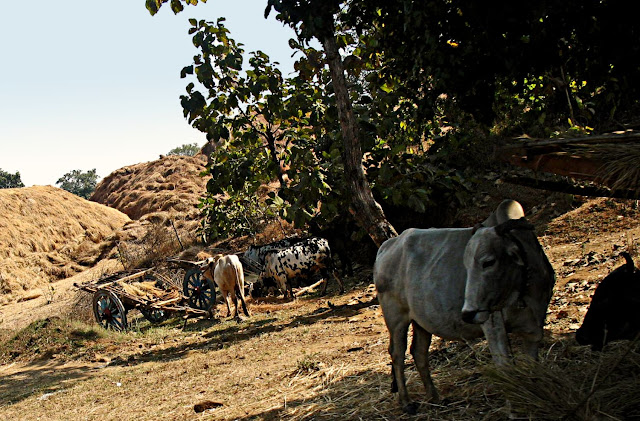 Hills of hay and small rectangular hay bales lying next to them. A few workers, men and women are also in the picture. 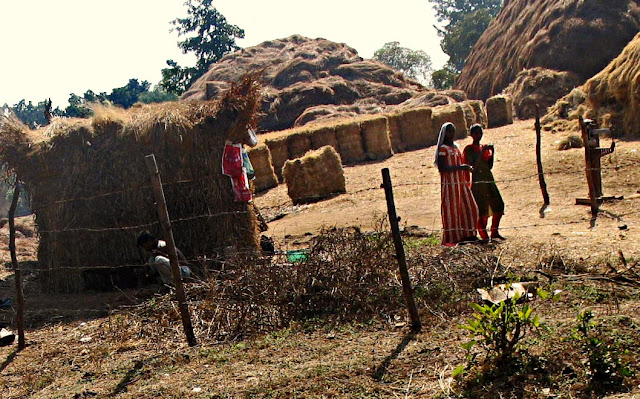 A long line of people positioned on a hay stack, passing hay to each other for storage. 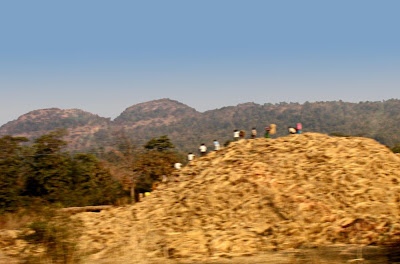 A large load of hay being transported by a bullock cart or bailgadi. 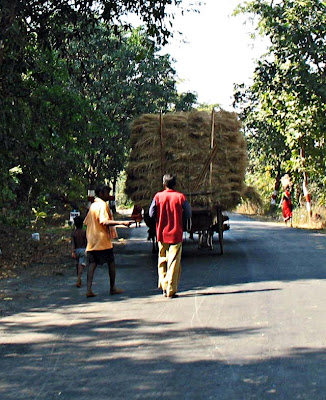 Related Photos: Sugarcane fields or Rice fields near Chennai  or Man and Bullock cultivating field or Palm Plantations of Malaysia or Rubber Plantations in Kerala

For a panoramic view of cultivated fields: Large images of open fields for headers
More pictures of  Rural India.