Ellora  Temples, built on a rock face outside the city of Aurangabad were carved out between the 5th and the 10 century AD, and are a World Heritage site. They consist of 12 Buddhist, 17 Hindu and 5 Jain caves/temples. These are photographs of the vast interiors of some of the temples. One can only imagine how magnificent they must have been all those centuries ago, when time had not eroded the stone and chipped away at the paint and artwork.
Here is a photograph of the inside of one of the biggest temples. It is a Hindu temple from the shrine at the end of the hall and the figurine of a goddess inside of it. 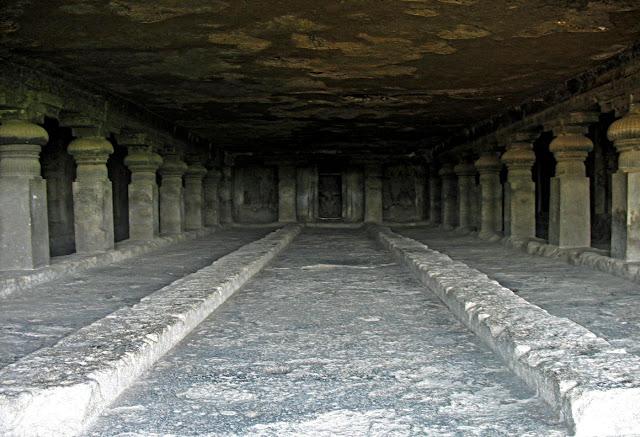 This is another view of the same temple, with a closer look at the carved pillars. Most of the work has been eroded. 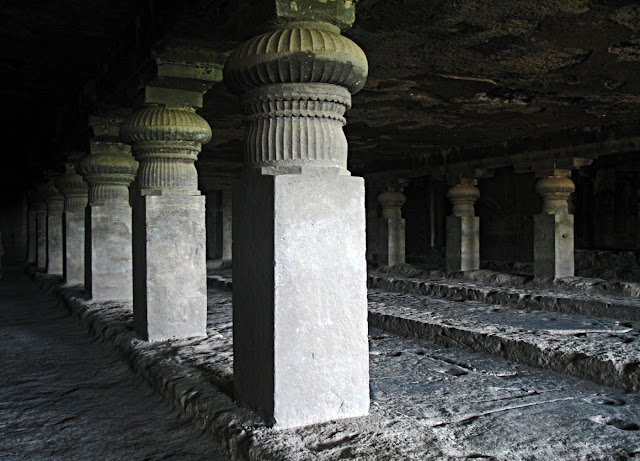 Here is a long corridor outside one of the temples. The columns or pillars can be seen to the left of the picture. A small staircase at the end of the corridor takes you to the upper floors of the temple. 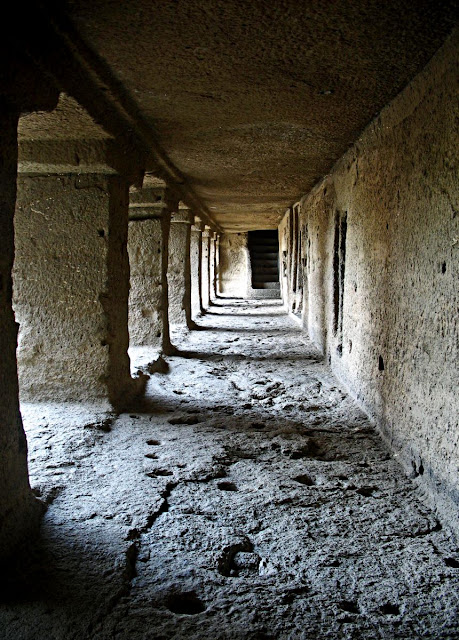 Another interior of a temple at Ellora. Here the carvings and engravings on the pillars are still visible. 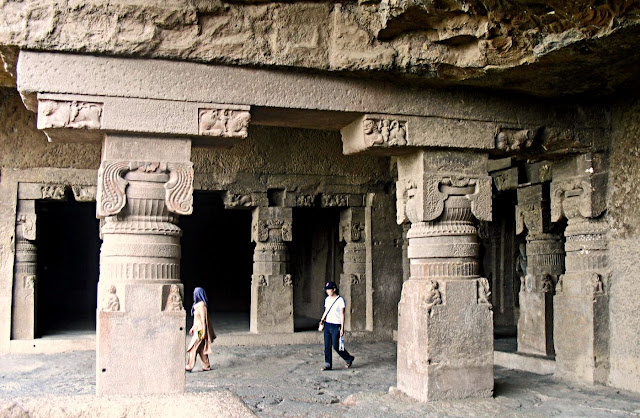 This is a place where the Buddhist monks used to live. It is a type of ancient dormitory. The rooms are small cubicles and some have a stone platform for sleeping. Some of the cubicles have no concrete bed. There are no windows. 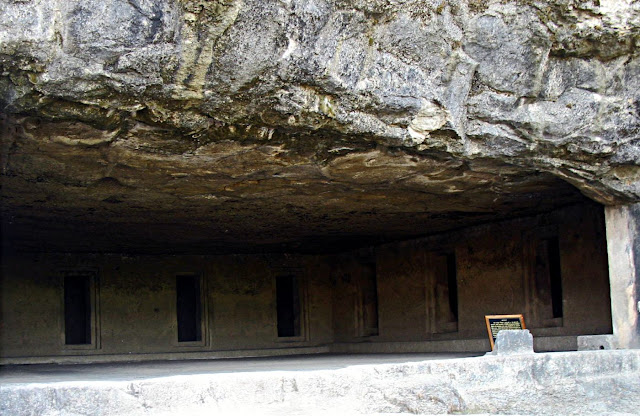 This is an example of the stone/concrete bed, although this photograph was not taken in one of the above rooms, but at Ajanta. 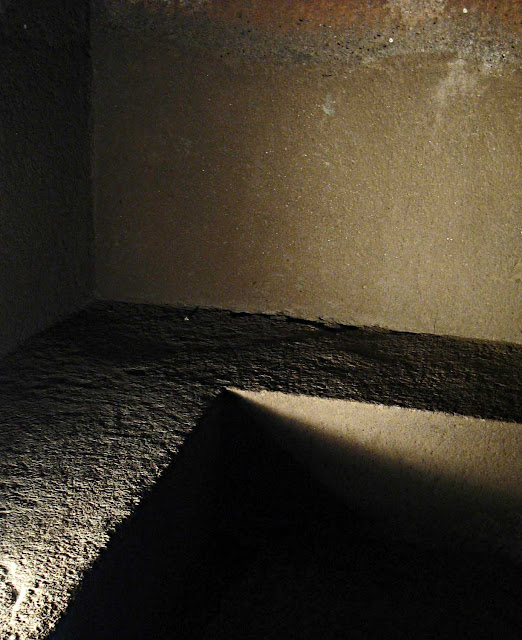