Pigeons in the city

Pigeons are routinely fed in pigeon loving India. Grains are dumped outside housing societies and it's no wonder that their population is galloping by leaps and bounds. Pigeons being fairly docile doves, are tolerated, even loved by people. Perhaps that is why they are indiscriminately fed, and more often  by those who do not live near their nesting sites. As they give birth every other month, this means that the population of pigeons can increase rapidly if they find an easy source of food.
The nesting sites can become very dirty and germ ridden, specially when the pigeon population explodes like it has done in Mumbai. Pigeon droppings are also harmful for health and place for germs to breed. Be careful of the droppings as they are acidic, and over several years damage tiles and buildings.

As long as you don't breathe in their droppings or touch them, there is no fear of disease. But if by mistake you come into contact with their droppings or the birds themselves, be sure to wash your hands thoroughly. There have been reports of pigeon droppings contaminating the air and affecting some people with asthma and causing breathing difficulties.

In this picture note the large heap of grain dumped for the pigeons to feed, right outside a housing colony. Most people are ignorant of the health issues causes by feeding pigeons indiscriminately. At least until the pigeon starts to next right outside their own window! 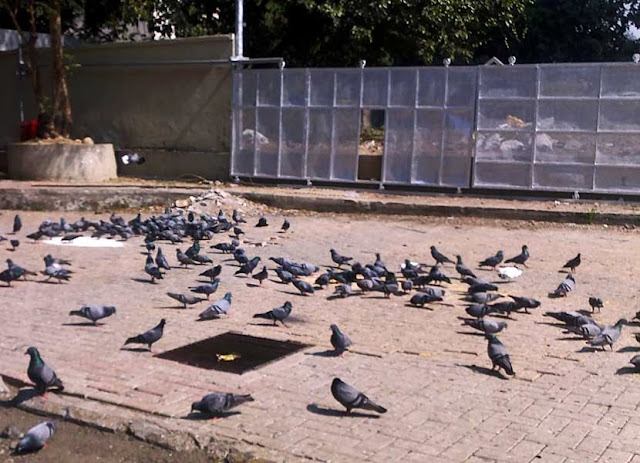 A close up of a pigeon sitting on a cobbled rooftop. You can clearly see the orange coloured eyes with the large black pupils giving it a staring look. 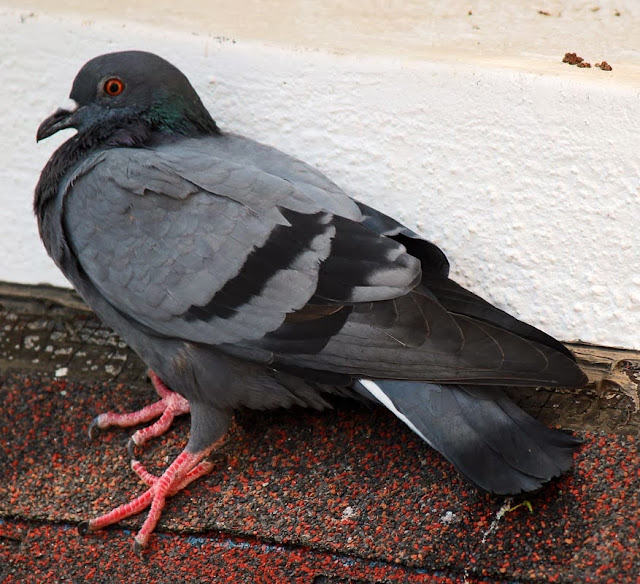 These doves have adapted very well to city life because originally they inhabited rocky cliffs. The feral pigeon is the descendent of the rocky dove and find that ledges and window sills suit them fine! Being sociable they are found in flocks. Where you see one pigeon, be assured that many more are somewhere nearby. 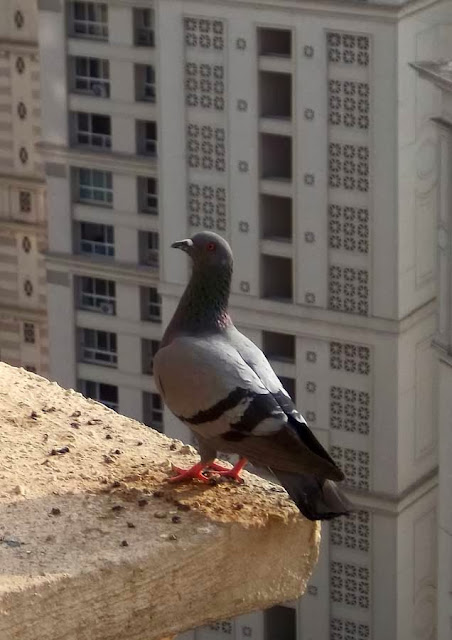 The face of a pigeon, a portrait. 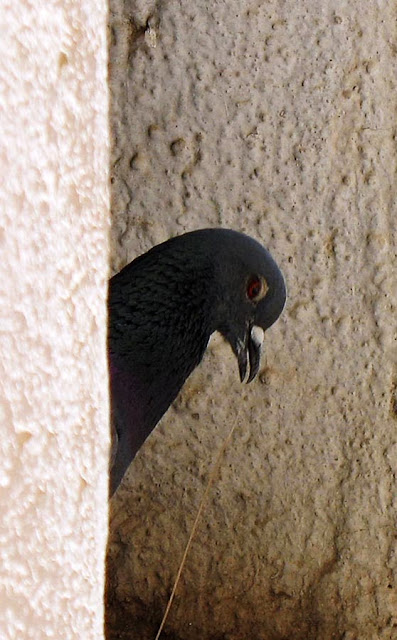 A pigeon perched on a ledge in a colony of skyscrapers. 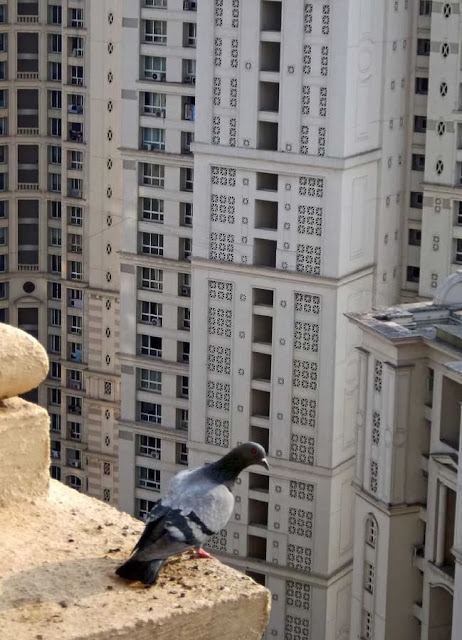 Two pigeons standing on a building ledge with the city in the background. 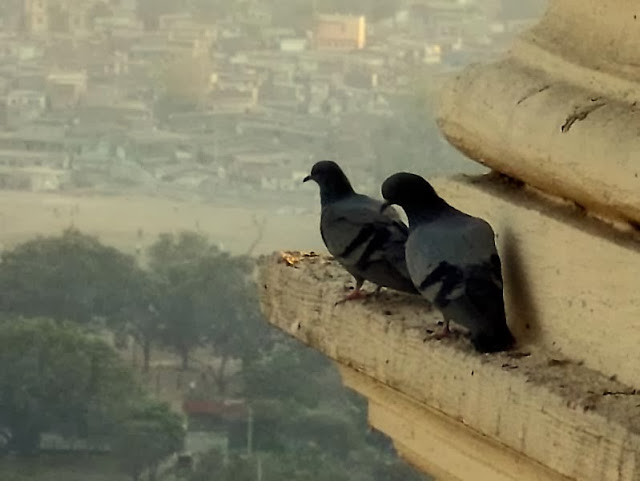 You might also like to see photos or other birds: Emu the bird or Silhouettes of birds in flight or Fortune Telling by a parrot! or check out all the images filed under the label Birds.