There are different types of Greek dances, and there is usually a live show at small restaurants like this one. Greece has over 4000 traditional dances. Dancing is very much part of Greek culture, and is common in social gatherings.

A Greek woman in a pink outfit dancing. 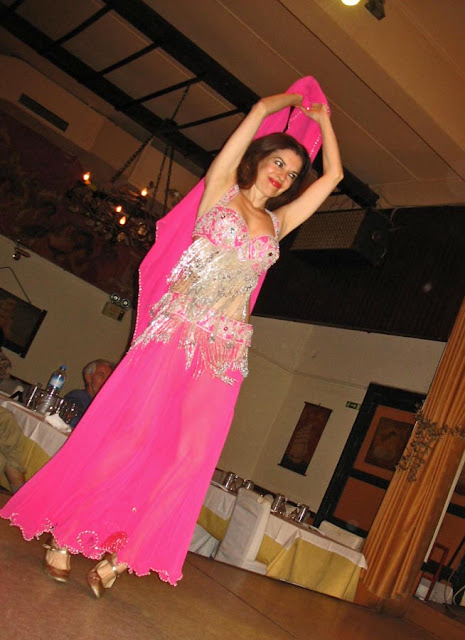 A troupe of Greek dancers in traditional costumes dancing. 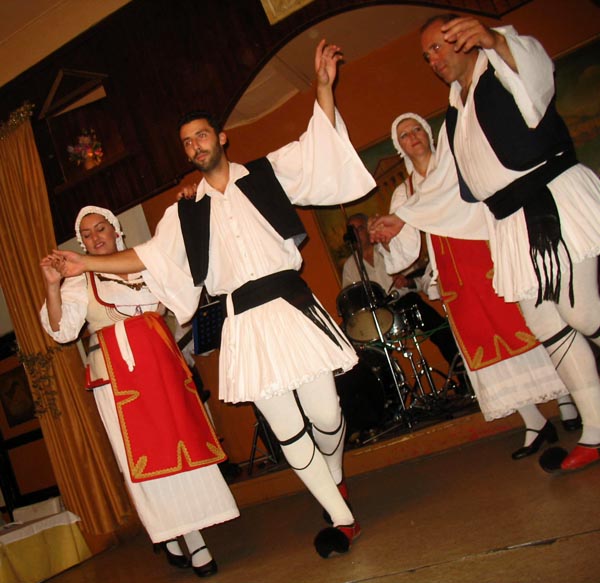 Greek men in traditional costumes putting up a show. 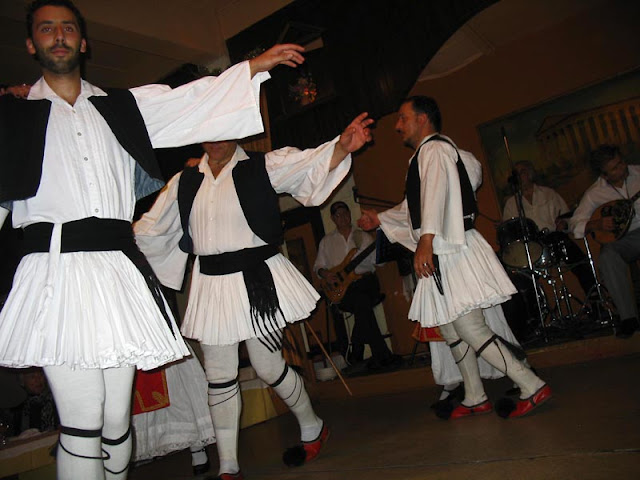