The Image of different Religions

Various surveys measure the image of different religions, and I did an image search on Google on different religions to see what would come up! These images are screenshots from the 11th December 2012, and might have already changed - keeping with the thought that images of religions is a fluid thing.

The followers of religions such as words like "Christians" or "Jews" were googled.  The first dozen or so images which appear in response to the search query captures the "image" of the religious followers in people's minds currently. 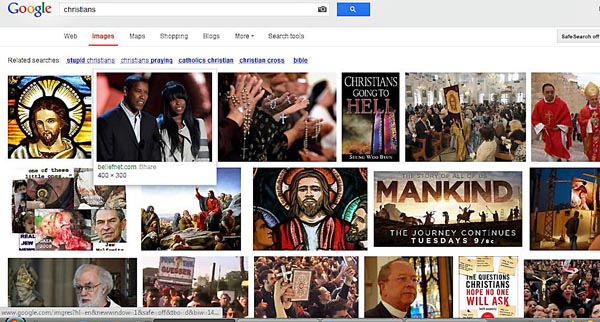 Here is what searching for "Hindus" on Google Search gets you: 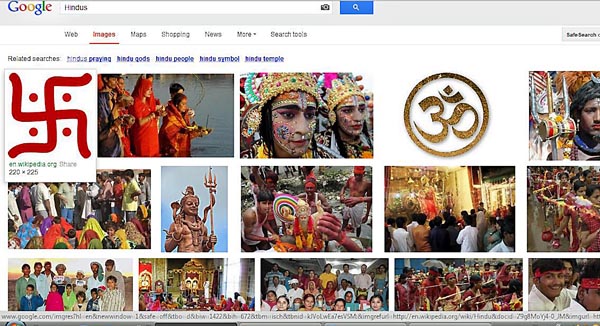 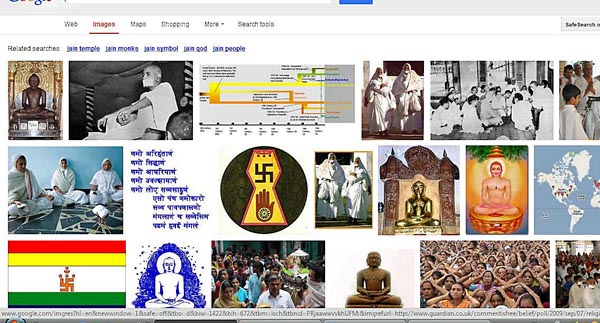 Googling "Jews" brought forth a wiki page, images of worshippers, pretty girls, Israel history, early American Jews, protest regarding attitude of liberal American Jews. Interestingly no photographs of violence, not on this day. 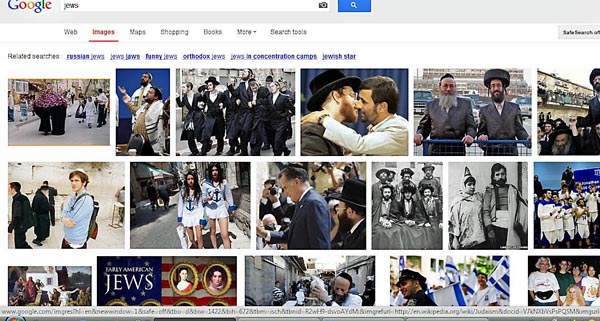 When it comes to the word "Muslims", the photos that came up were of women in Burkhas, children praying, women praying, men praying, protesters, a mosque, more protesters, about attitudes to terrorism, about the hatred of Americans towards Muslims, statistics, protest in Britain by Muslims, worshippers, about the negative image of Muslims and more worshippers. If I were a Muslim I would be worried because the way the women dress has become symbolic of the negativity surrounding Muslims. Not to mention the hatred of violence in the name of religion. 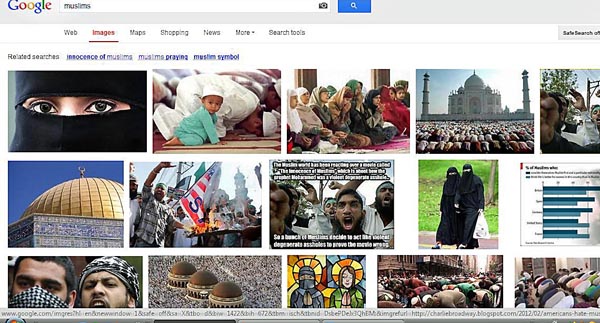 I googled the word "pagans" as well because there are some major religions of the world which think that worshippers of all other religions are "pagans" and the word has a negative connotation. Even though the meaning of pagan means someone who has a mythology associated with their religion, the word has been associated with non-believer by arrogant religions. And what I got when I googled the word "pagans" was pictures of weird symbols, strange ancient rituals, pagan communities, and ineffectual definitions of paganism. 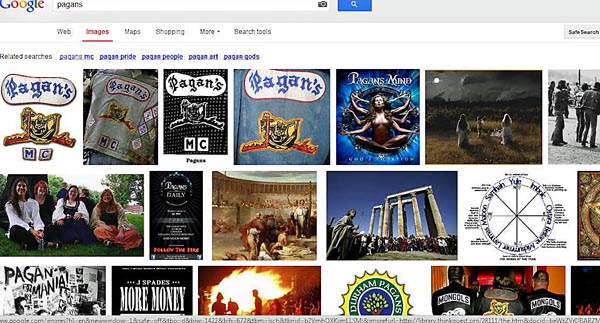 A pity that Scientology is associated with the famous people who are scientologists. That's what the image is! 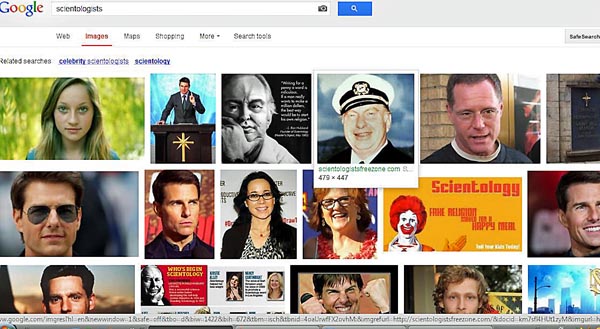 Shintos are Japanese and here I got peaceful images of Shinto shrines, worshippers, and Shinto symbols. 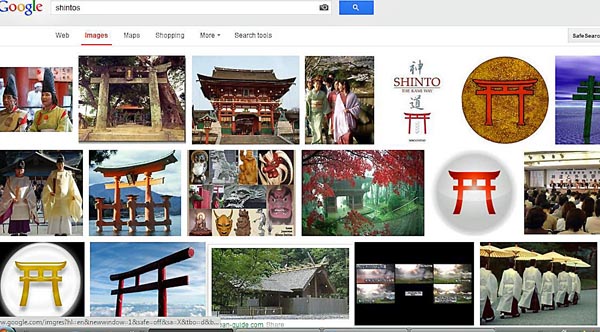 By googling the word Sikhs one saw images of pain and suffering, and also of worshippers and religious symbols. 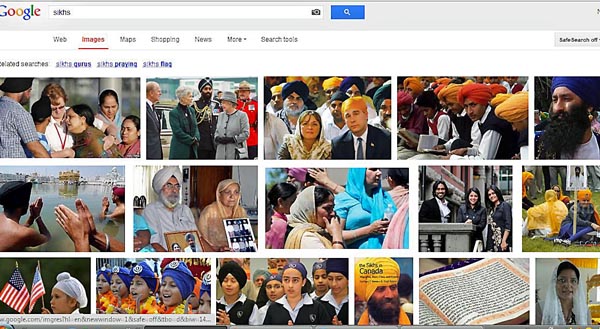 Buddhists praying, a photo of the Pope and Buddhists about religious dialogue, images of Buddhist worshippers and of Buddha, the Dharma wheel, more worshippers, and a meeting to discuss attacks on Buddhist places of worship. The search results are mostly about the Buddhist worshippers, and symbols of Buddhist. Also one picture of inter-religious dialogue and another discussing attacks on Buddhist shrines. Interesting that there are no photos of violent protests, just peaceful meetings. 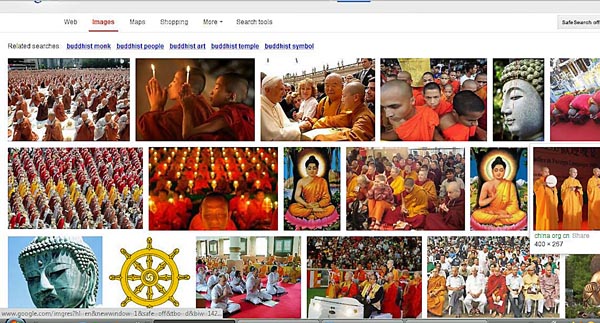