This ancient Greek theatre or audi on Dionysiou Areopagitou street in Athens was built in 161 AD by a rich man called Herodes Atticus in memory of his wife. It was originally built as an  amphitheater with a three-story stone front wall and a wooden cedar roof with a capacity for 5000 people. Music concerts took place here. It was restored in 1950. Currently the Athens Festival takes place here (from May to October).

A couple of tourists staring down at the Greek Auditorium in Athens. 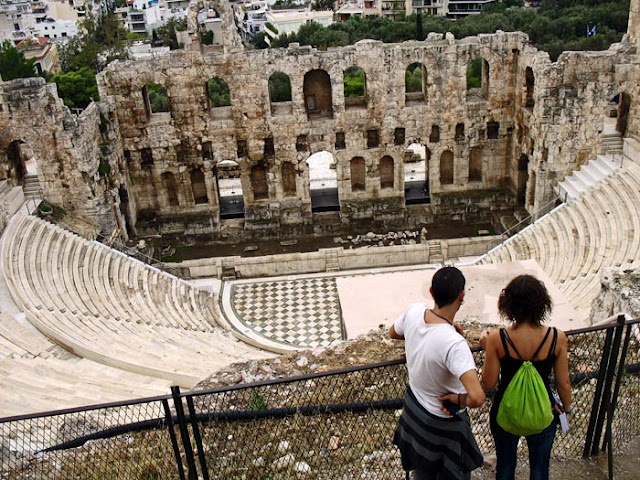 A bird's eye view of the ancient Greek Audi - the Odeon of Herdoes Atticus. It is on a hill and the city of Athens can be seen in the background. 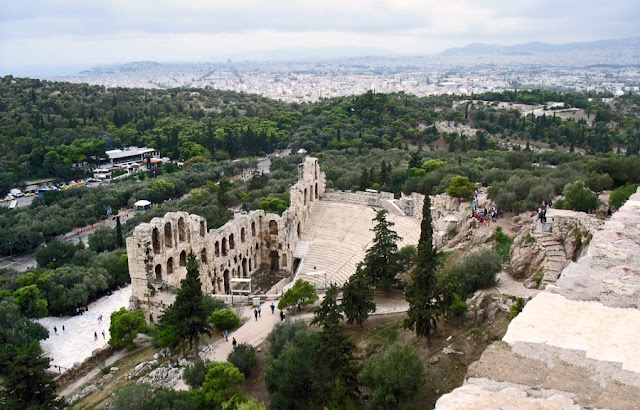 A slightly closer look at the audi with the city of Athens as a backdrop.