The Temple of Edfu is an ancient Egyptian temple located on the west bank of the Nile in the city of Edfu. Some of it was destroyed by fundamentalist Christians as the temple was considered "unchristian." Some of the inner roofs and walls are blackened, as if by fire when Christians tried to destroy the beautiful art on the walls of the temple. The temple initially had 3 large halls, a barque sanctuary and has 9 chapels around it. It is a typical example of an ancient Egyptian temple.

The temple is dedicated to the falcon god Horus and was built in the Ptolemaic period between 237 and 57 BCE, the Graeco-Roman Period. It had been buried in the sand and the French re-discovered it. The Efu Temple lies near the banks of the river Nile.

This is a long shot of the temple as one goes towards it. 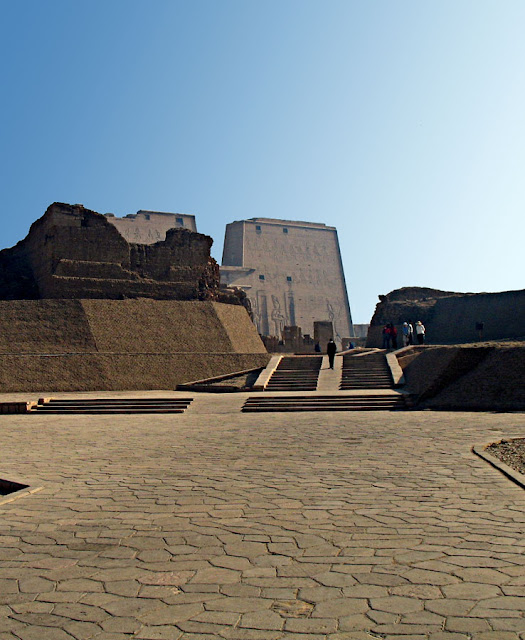 The pillars of the temple with a main wall behind it. A lot of it is in ruins today. 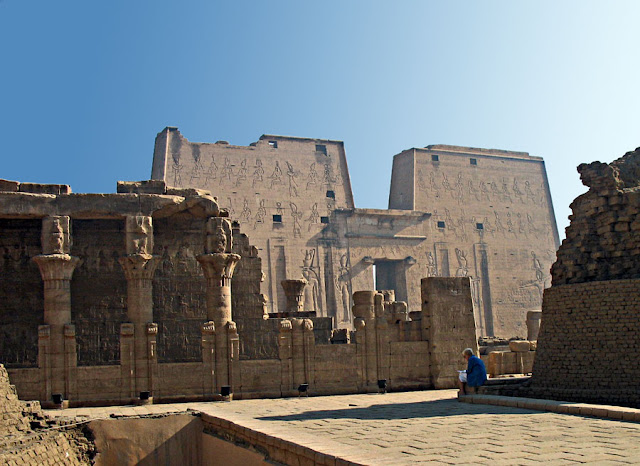 A close look at the ruins of the temple with the intricately carved pillars. 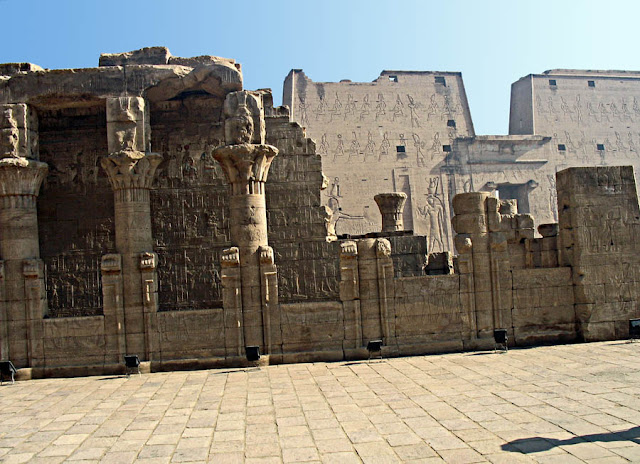 A closer look at the beautiful ancient art on the walls of the temple. 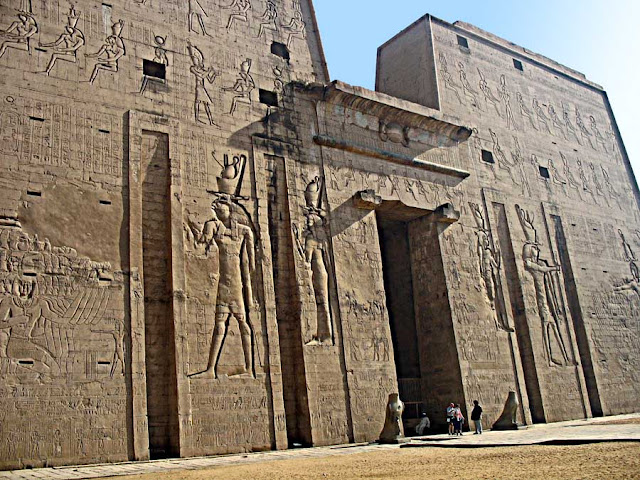 The inner courtyard of the temple which is milling with tourists. 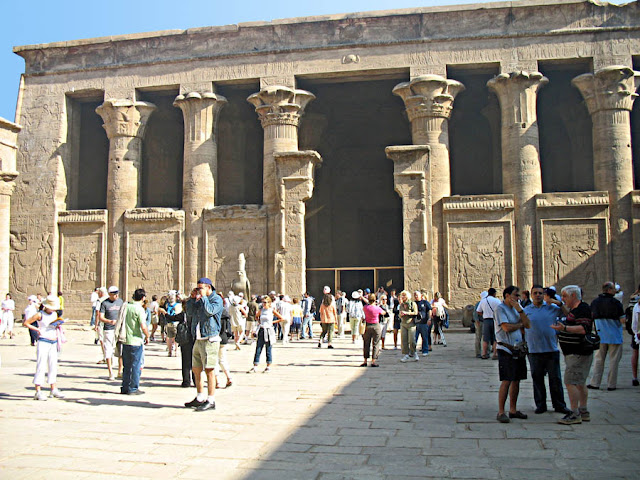 Another view of the inside hall of the temple. The roof is gone. 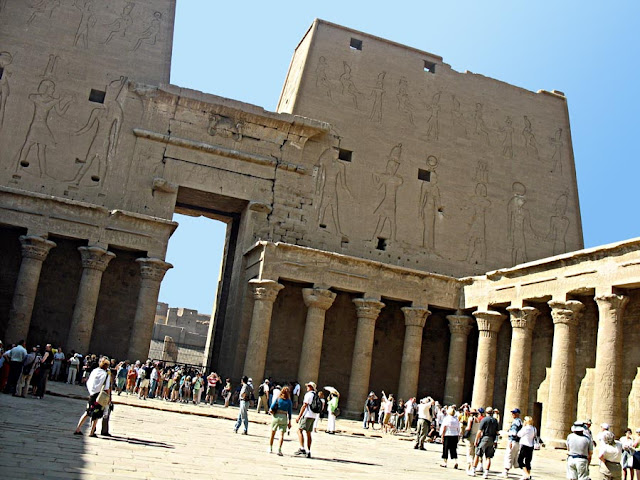 And inner sanctum which houses a mummy and the falcon god guarding it. 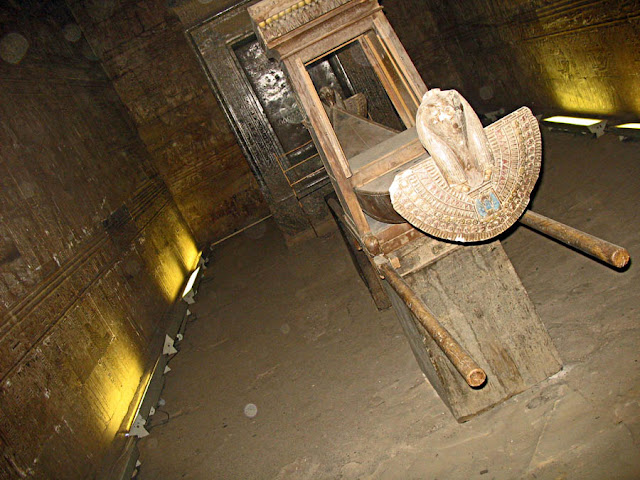 You might also like Designs and wall paintings from the Edfu Temple in Egypt or check out photos of some other Egyptian Temples like the Temple and statues of Queen Hatshepsut of Egypt or Karnak Temple and Pillar Designs
Or you might like to see pictures of The River Nile
For more pictures of Egyptian monuments and sketches/Silhouettes of Pyramids try the label "Egypt" or for more ancient temples and monuments from the rest of the world try the label "Monuments."