Designs and wall paintings from the Edfu Temple in Egypt

The Temple of Edfu is an ancient Egyptian temple located on the west bank of the Nile in the city of Edfu, built in between 237 and 57 BCE and dedicated to the falcon god Horus. This post has images of the sculptures, wall paintings and other forms of ancient Egyptian art and writings (hieroglyphics) found at the Edfu Temple. The walls writings are about ancient Egyptian myths and religion during the Greco-Roman period when this temle was built. In fact, some of the inscriptions on the temple walls write of  construction details! Scenes from the conflict between Horus and Seth are also on these walls. 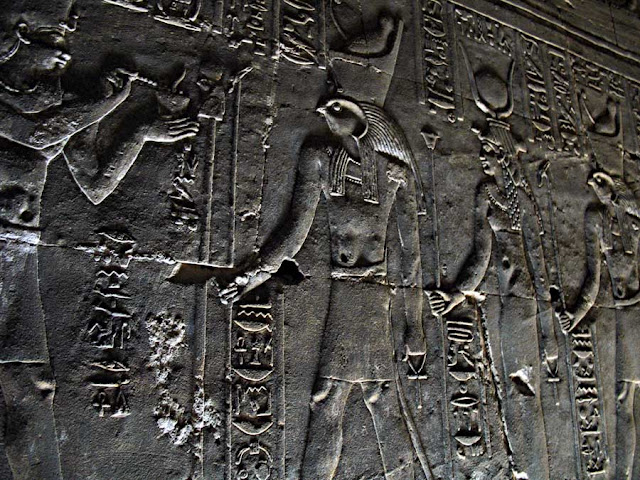 The images on the temple walls range from fully armed warriors with weapons like bows or farmers working in the fields or women in different poses. There are also images of ancient Egyptian gods, kings, queens and princes, and musicians. 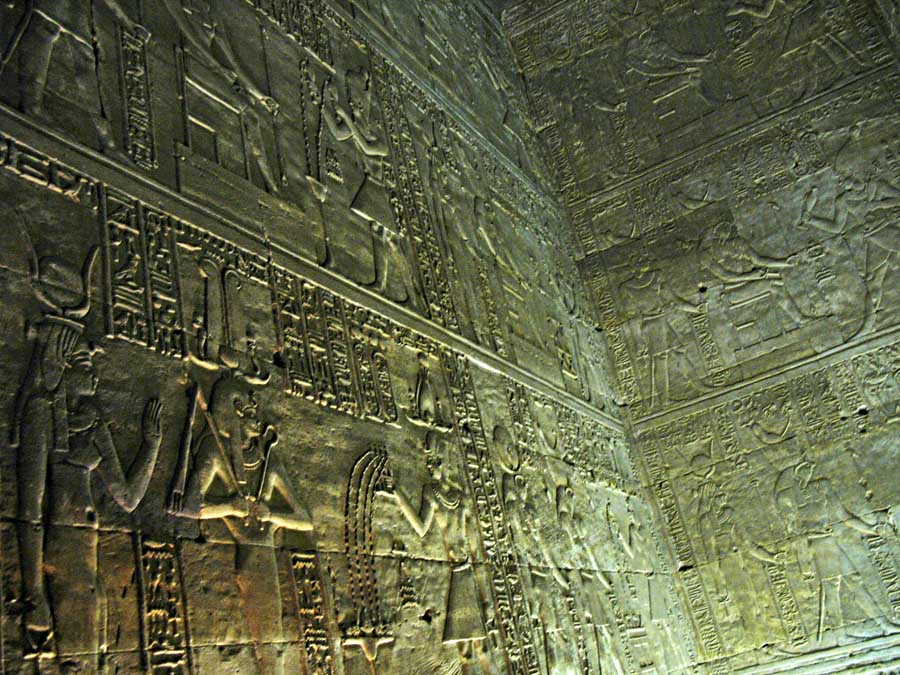 Both the men and the women are carrying a staff of some kind perhaps used in a religious ritual. 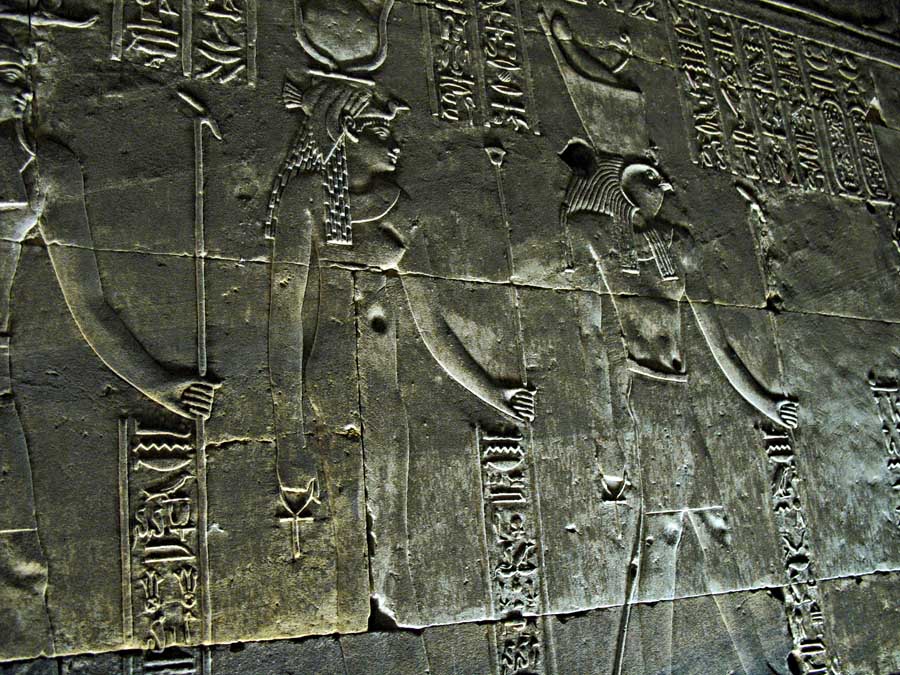 Women wearing a head-dress and jewelery. 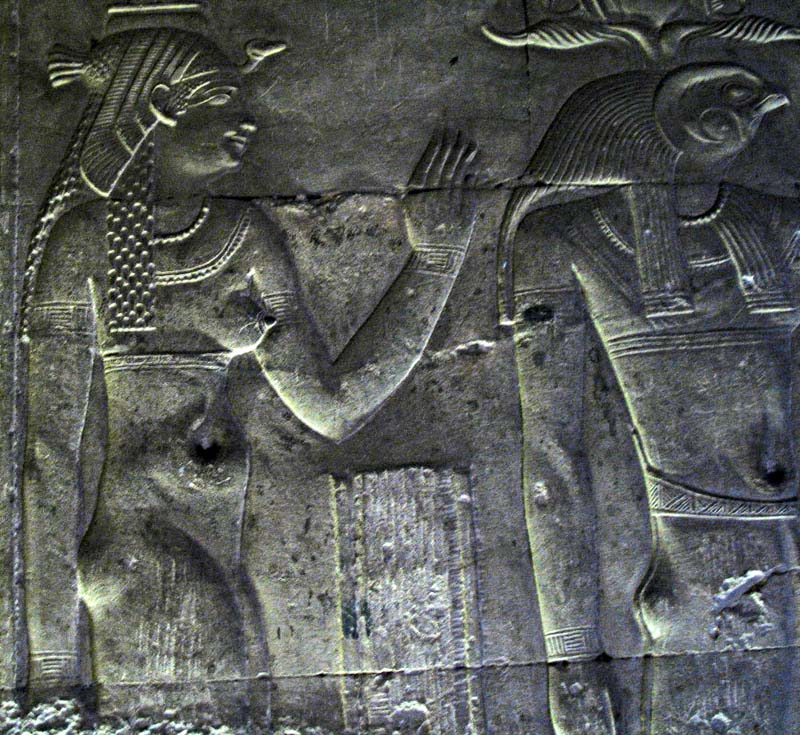 This is part of a the bottom of an elaborated carved inner sanctum of the Edfu Temple. These inscriptions are writings of some sort. 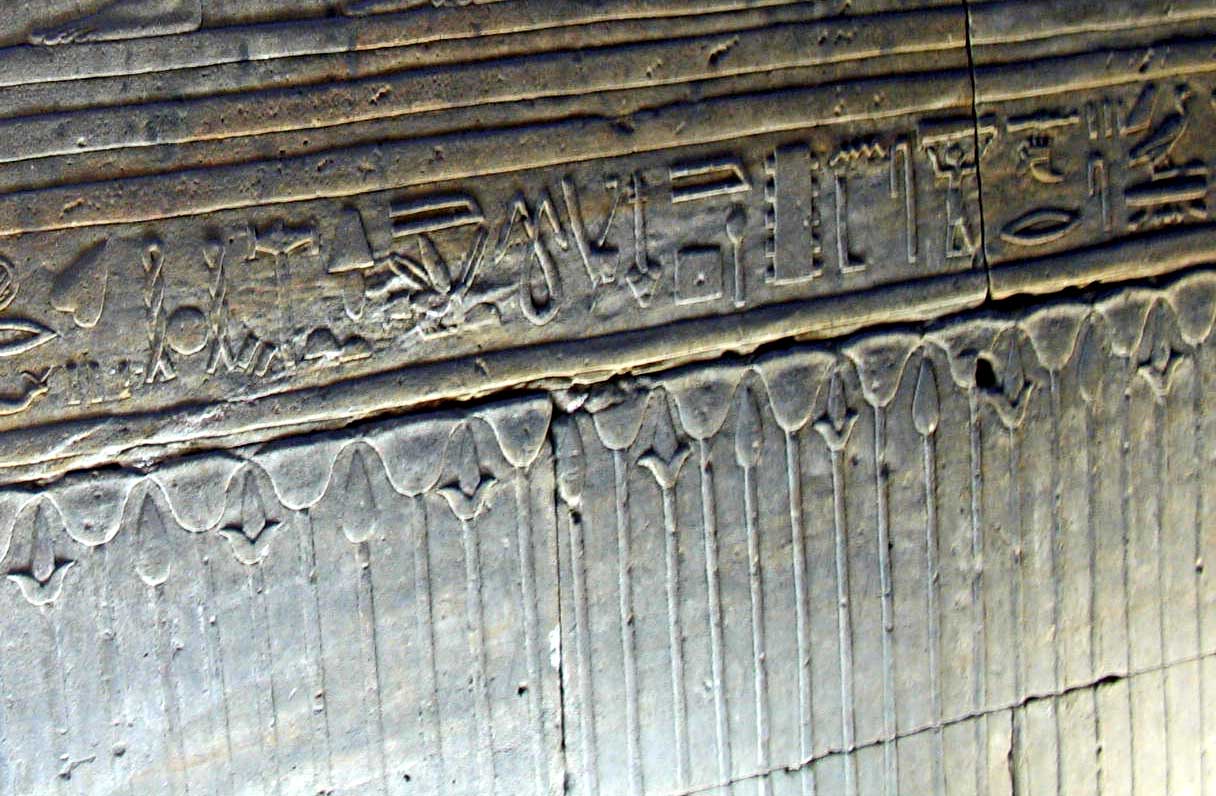 The artistic skills of the ancient Egyptians are evident here. They decorated their temples and sacred places in great detail. Although the colours have faded over time the beauty of their art is visible. Whether it was statues, reliefs, paintings, pottery, sculptures or elaborated decorated coffins and tombs, the ancient Egyptians were a very highly evolved culture dedicated to art and beauty. 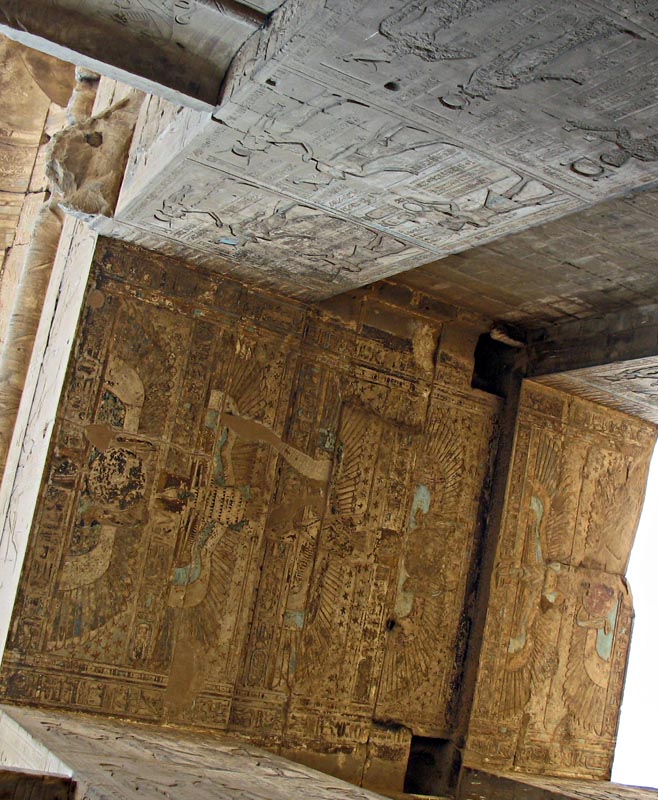 Here are some wall reliefs at the Edfu Temple. 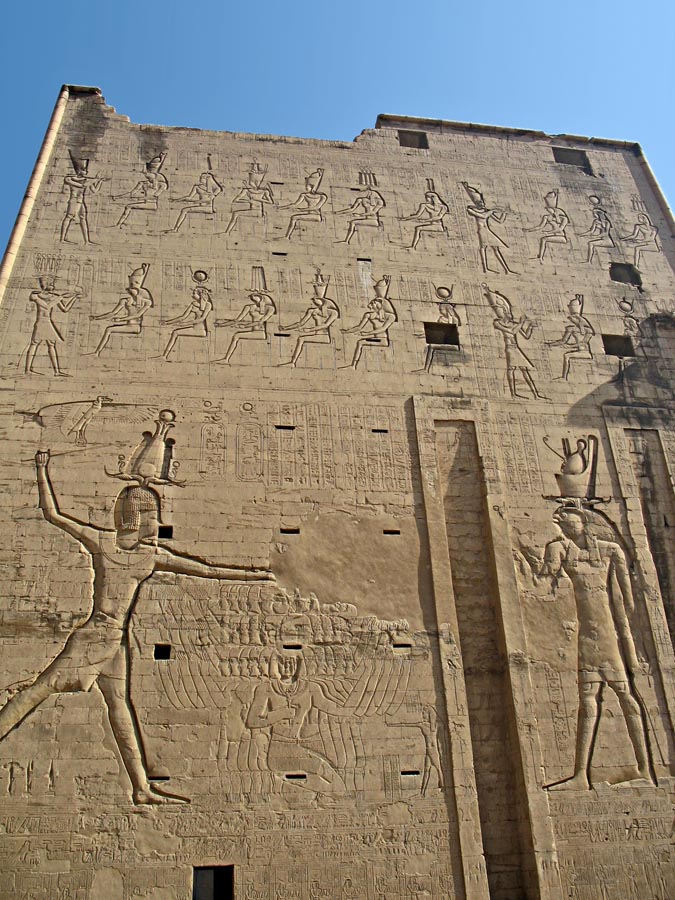 The base of a carved wall at one of the entrances of a temple hall. The inscriptions are writings, and Egyptian written language is called hieroglyphics.The writing was beautifully pictures and an art form. Hieroglyphics were either drawn, carved or painted. 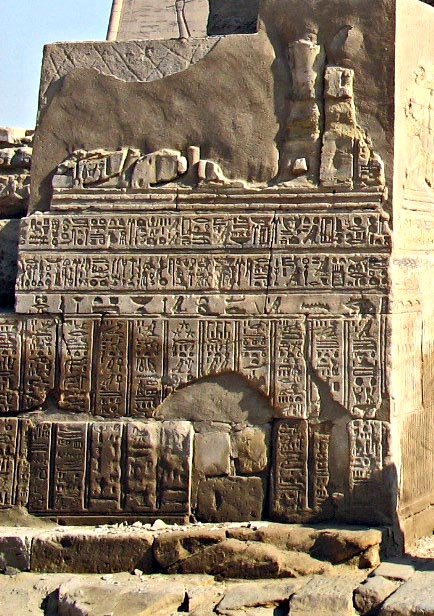 A sculpture of the falcon god in the Edfu temple complex. 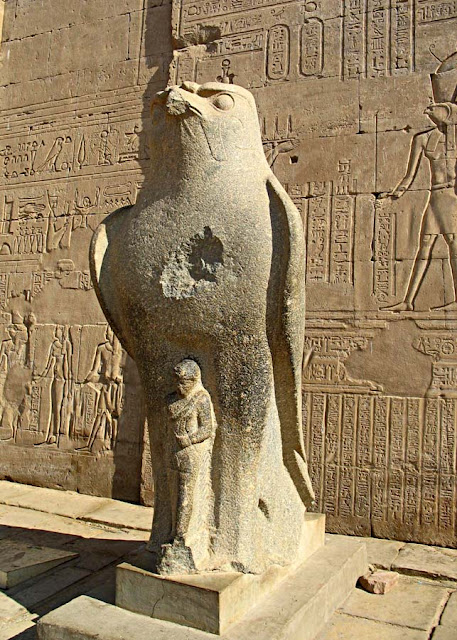 Here you can see the delicate incriptions on the Edfu temple pillars that used to hold up the large halls.  Egyptians were great lovers of art. 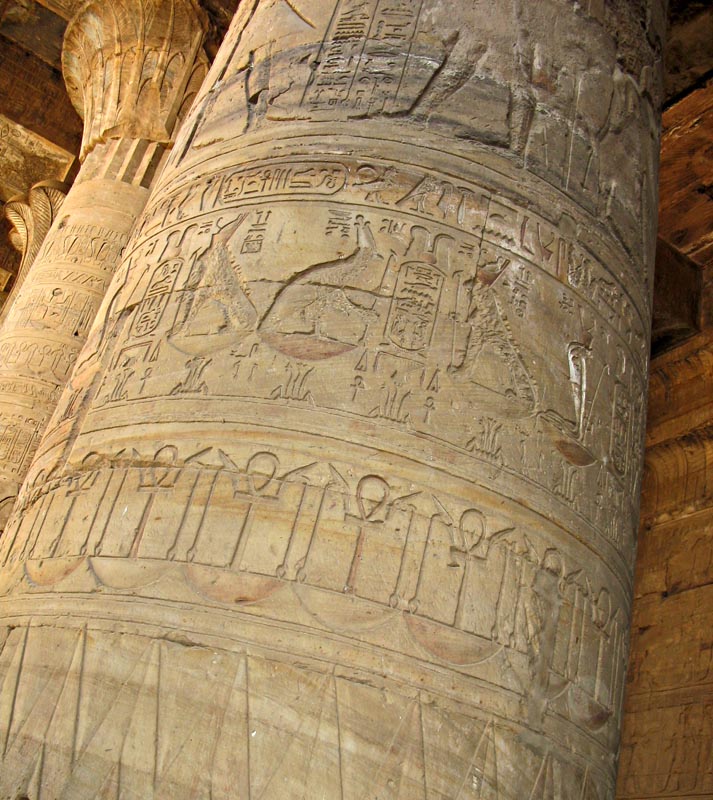 Related Images: Some exterior images of the Edfu Temple in Egypt or  Temple and statues of Queen Hatshepsut of Egypt or Karnak Temple and Pillar Designs