Buddhists have these little prayer places, tiny temples in nooks and corners where people can pray. This is very similiar to Hindus, who tend to have a myriad of small temples at every street corner! Buddhist don't have as many, but they are common.

Candles are lit by Buddhists when they pray. Lighting candles is a part of Buddhist rituals. Incense and flowers are also used. At times there are offerings of food and drink. This is similar to Hindu rituals except that flowers and incense are more dominant in Hinduism. Also, instead of candles, diyas are lit. 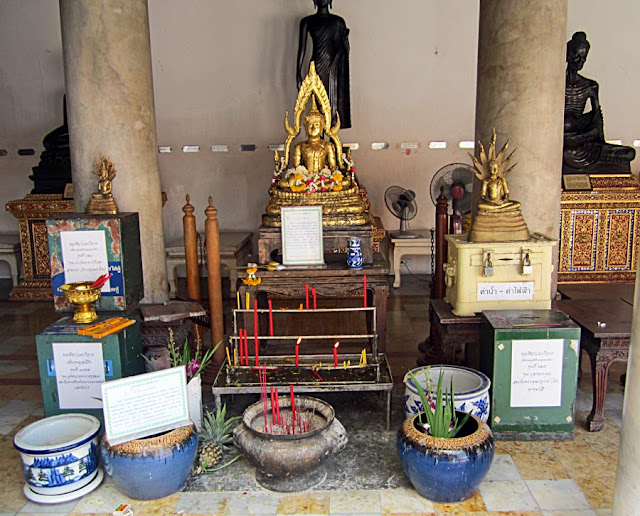 A place near the Golden Buddha Temple where there is a place to light candles. 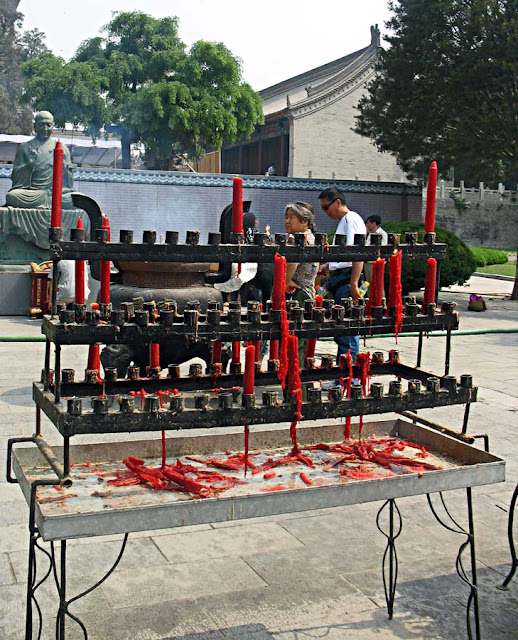 In this little buddhist temple there are some offerings of flowers. 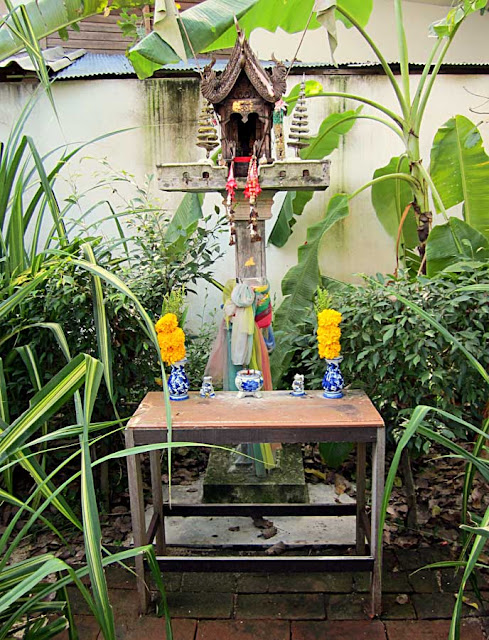 A place outside a Buddhist shrine where candles are lit as a mark of respect. The light from the candles represent Buddha's teachings. 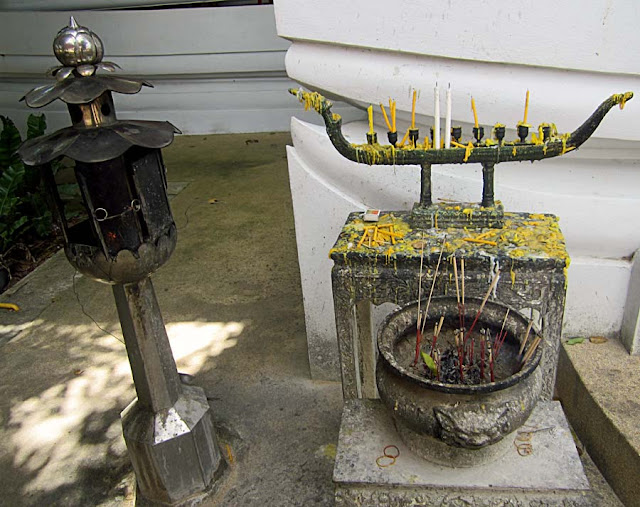 A peek into a tiny alcove which had a figure of Buddha. Not sure who the ladies are, but probably worshippers. 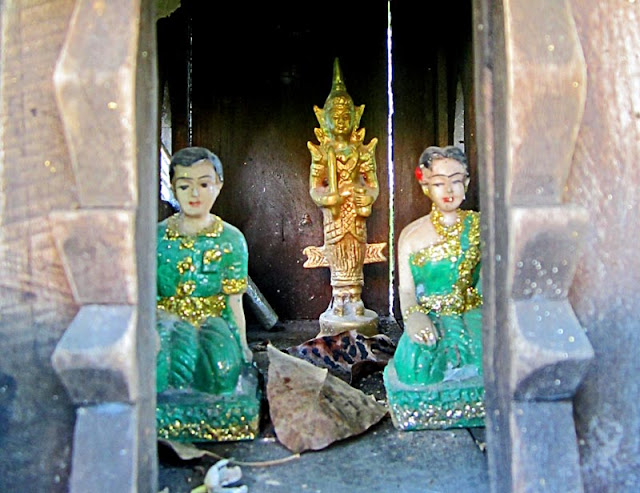 Related Images: Buddhists praying or see other photographs on Buddhism which include photos of famous Buddhist temples and Buddha photos, or check out photos and graphics  related to Hinduism.