Cooking on pavements in India

Cooking spilling out onto pavements is common all over India.These are photographs of people cooking on the streets and pavements in India.

The first two pictures are shot in Rajasthan, a state in North India. In this first one there are people with open stoves on the pavements. The eatery or shop has encroached upon the pavement and hot oil is boiling out there as people pass by.  A gas cylinder is casually attached to the gas stove. 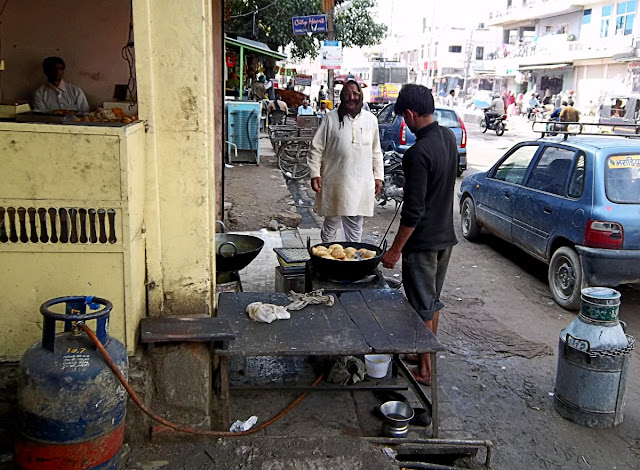 Something is frying here in the hot oil, outdoors on the side of the road. The clutter around the stove is dangerous for passers-by. 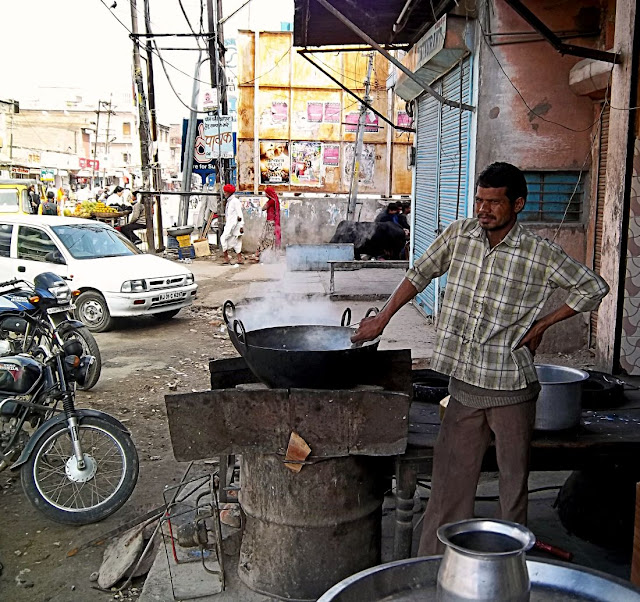 Cooking outdoors is now banned in Mumbai,  but continues nevertheless. The old man is stirring a small black kadhai or pot on a mini gas stove. This photo has been taken on Mumbai streets. 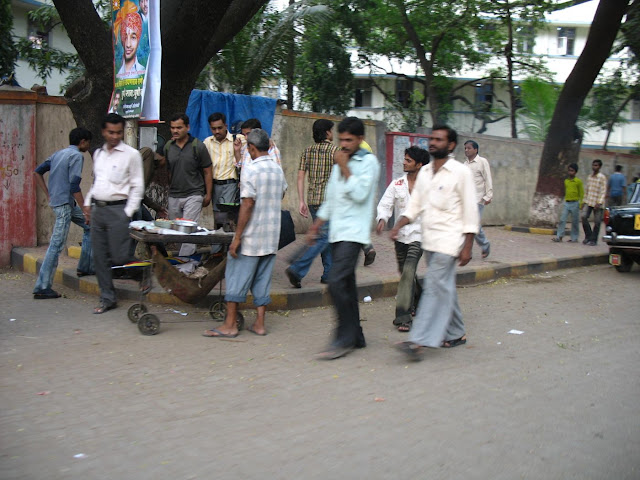 Not just commercial establishments, but also individuals cook on pavements. One is used to seeing slum-dwellers cook on pavements outside their huts, but this picture is of a homeless person family cooking in the middle of the day in a posh locality near Churchgate in South Mumbai. Slums are nowhere in sight. Wood is being used to light up a small makeshift stove made with bricks. The girls was (not surprisingly) upset that the photograph was being clicked as this area is regularly policed as it is a posh area. 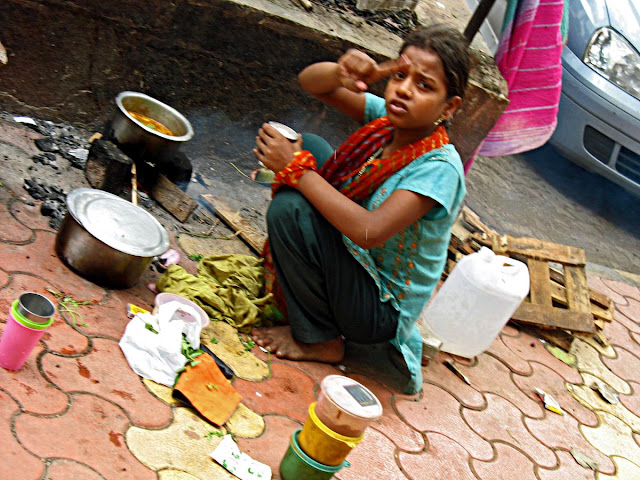