Small retailers or what can be called Mom and Pop Stores or Kirana stores are the life of retail in India. They dot the country, in small towns, villages and cities. They are of all shapes and sizes, catering to the rich, the middle class as well as the poor. They create entrepreneurship opportunities for the common man. They are to be found at every corner in most cities, walking distance from residential localities.

These are a row of shops in a crowded streets. They often call themselves "General Stores" and by that they mean that generally everything of daily use can be found here! This means goods ranging from food grains and processed foods to stationary items. These are not self-help shops but have several people behind the counter who offer immediate service. 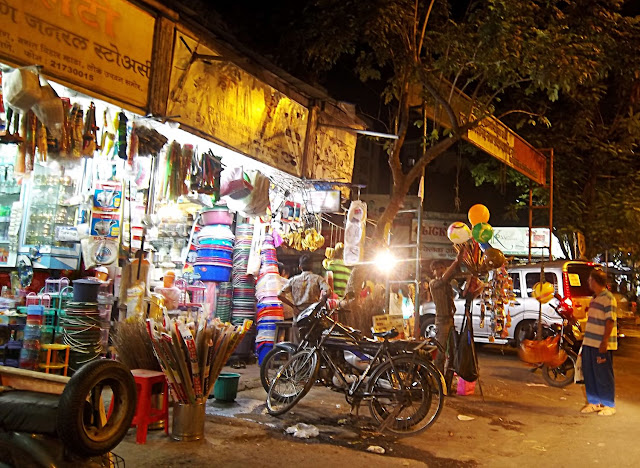 This is what the inside of a general store can look like. It can be crowded inside, and impossible to step in. The shop-keeper is the only one who can find what you want! These are often called kirana shops. 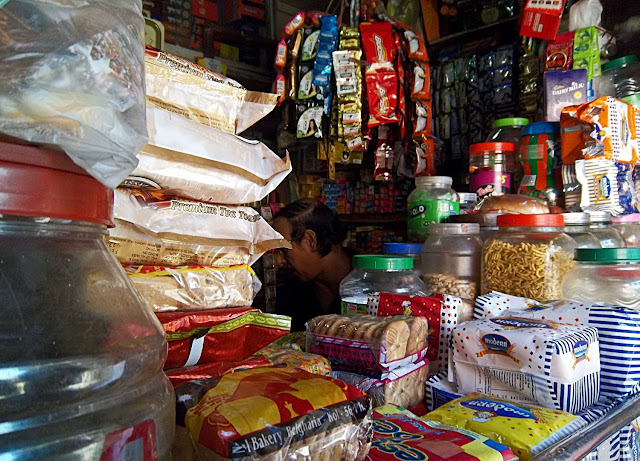 This is a small store which calls itself a supermarket, catering to the middle-classes. In a way it is although it is cramped and crowded inside because it is a self-help store which stocks daily-use items. 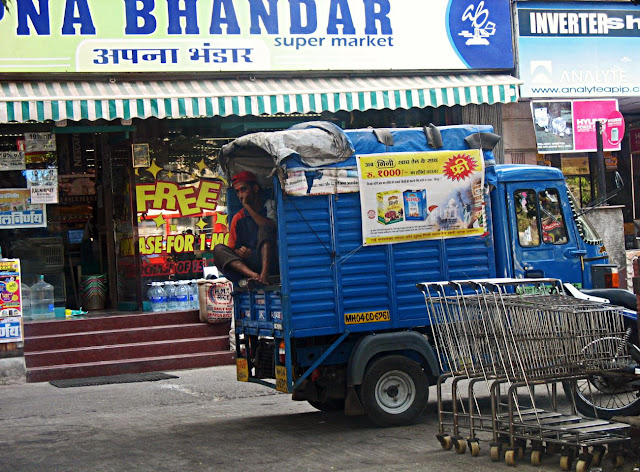 Another small store calling itself a "convenience mart" for the better-off. 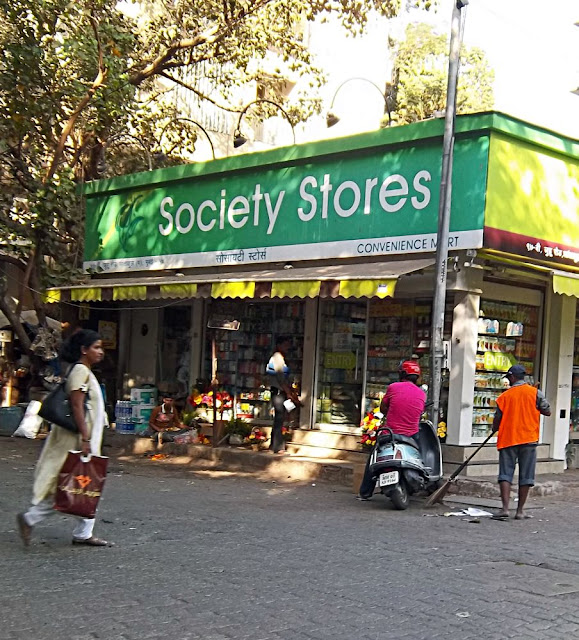 This shop is a general store or kirana shop. It sells the same thing but is located in a poorer locality. Goods may not be always genuine (adulterated?) but they are certainly cheap. 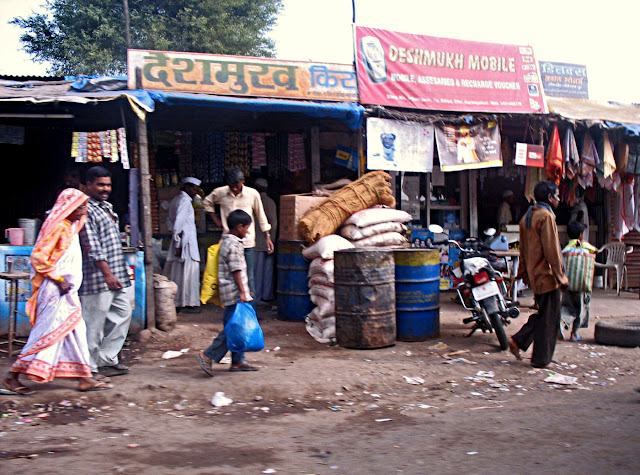 A small general store in a poor locality. 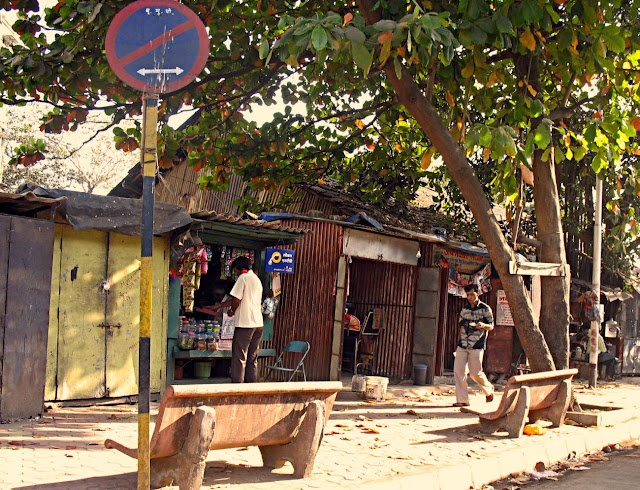