Old and elderly women in India

These are photographs of old and elderly women photographed on the streets of India. None of these women were seen begging. It is known that the poor elderly have a difficult time in India, often abandoned by their families because of poverty.

This portrait of an old woman was shot in the forest of Matheran. The picture was shot on a cell phone, a Sony Ericksson which has a decent camera function. The woman's eyes seem clouded, perhaps with cataract. She could barely see. Her skin was leathery, her hair uncombed and a piece of cloth over her head protected her from the sun on the hills of Matheran. She was wandering about alone, looking for firewood. She was not a beggar, nor a destitute, just poor. 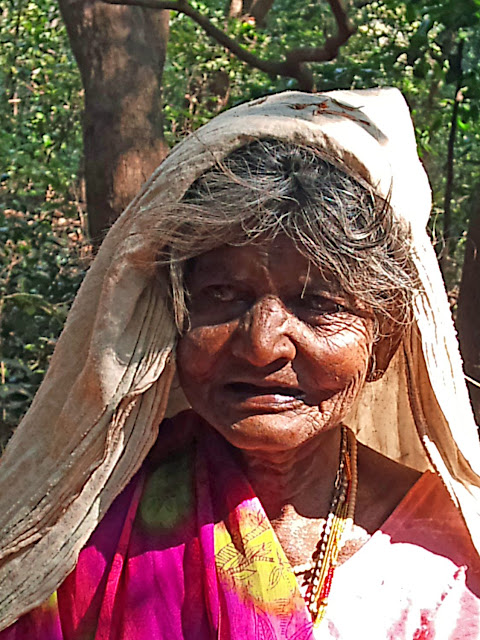 This picture was taken in a town in North India. The woman seems partially dressed and poor, but she was not begging, but she was possibly a beggar or destitute. 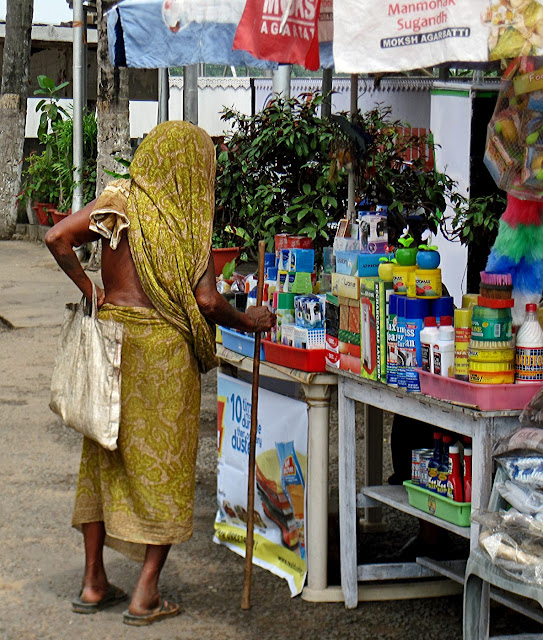 This photograph was taken in Puducherry in South India. The woman was resting on the streets and was probably a poor saleswoman. 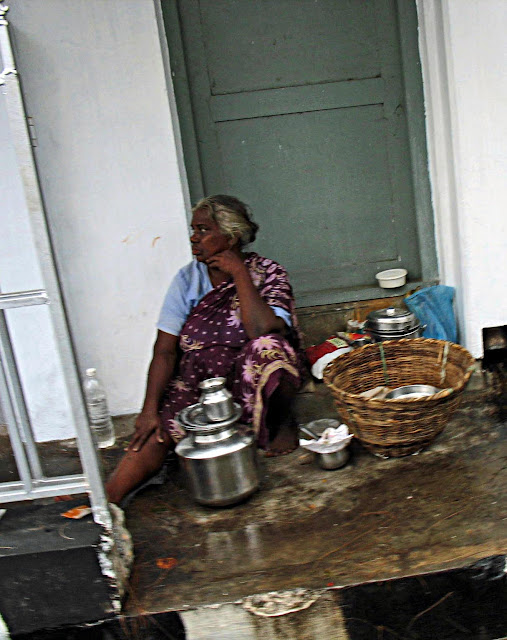 The photograph below is part of a larger photograph. The old woman villager is resting in the shade of a vegetable cart, to protect herself from the harsh sun of Rajasthan. She is wearing a large nose-ring. Her large and chunky jewellery is very much part of the traditional dress amongst tribals in that region. 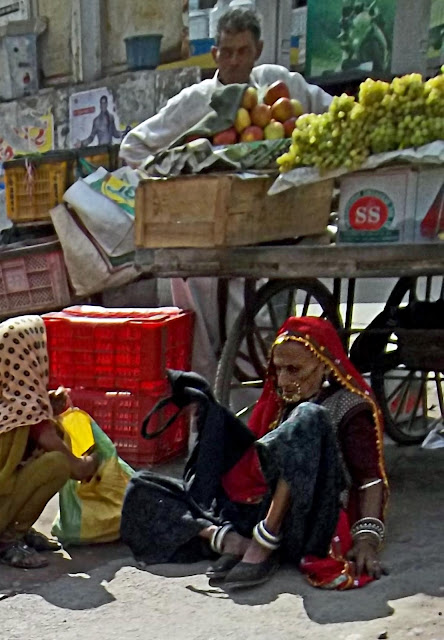 This photograph juxtaposes women from two different backgrounds. Taken in a busy cloth market in Ahmedabad, Gujarat, it shows a middle-class woman looking at the wares in the cloth shop. A poor scraggly woman passes her by, shivering in the cold winter of Ahmedabad. 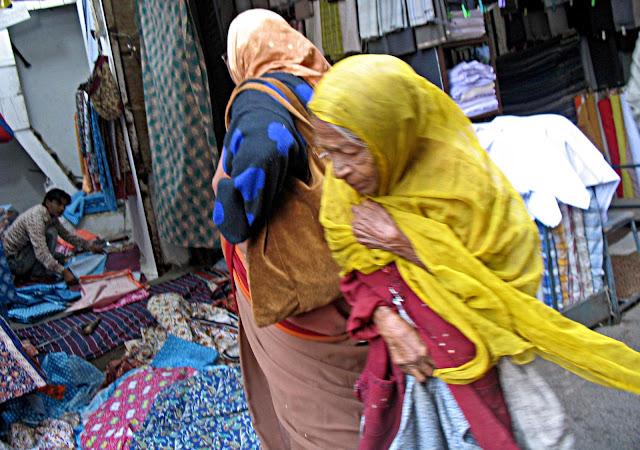 Related Images: Old Women Destitutes and Beggars or  Destitutes and beggars - portraits of old men or
Urban women workers carrying loads on their heads or Women construction workers in India or an elderly
Woman Gardener in India